Male jewellery: Is it just a load of old tomfoolery? 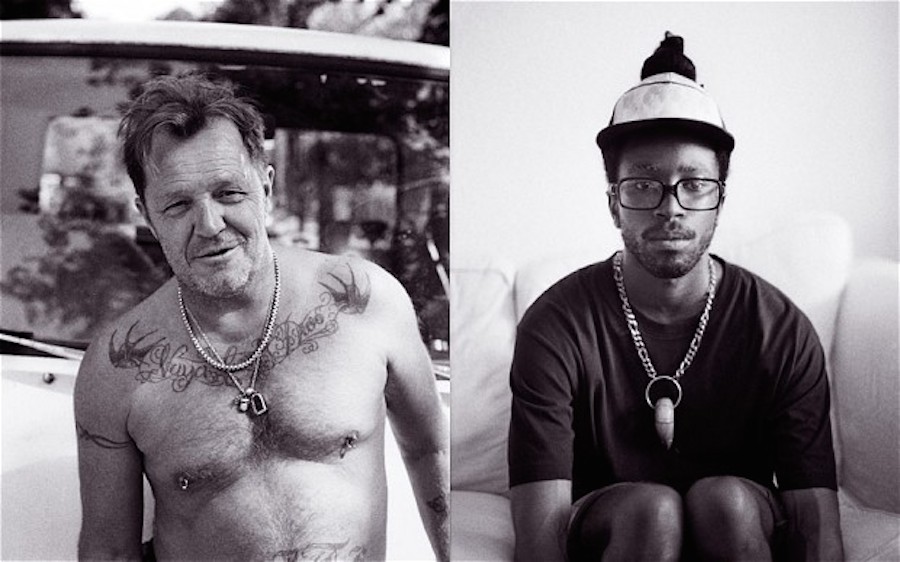 Is the double standard surrounding jewellery unfair or just?

There are quite a few stereotypes attached to men in jewellery and unfortunately, most of them of are pretty apt. Ring? Married. Ear stud? Camp. Chain? Criminal. Tongue bar? Run. Women may be free to adorn themselves as they wish, but men are restricted to a limited choice of accessories, all predictably engraved in Argos product codes or carrying the faint scent of a holiday souvenir.

Jewellery may hold different meanings to different people, but it’s those East End Londoners that seem to have it summed it up most succinctly. ‘Tomfoolery’: the cockney slang term for male jewellery, pertinently describes this enduringly questionable relationship – otherwise defined as “foolish or nonsense behaviour”.

But where did this stigma come from? Our inability to accept jewellery across the gender-divide is a categorically modern attitude, made plain by the 16th and early 17th century perspective that male jewellery symbolised wealth and power – Henry VIII was certainly no stranger to extravagant accessories. A few years ago we saw some effort to revive chains of religion and ritual, illustrated by the unfortunate hi-jacking of the rosary by the Topman brigade – a move which put an end to the reintroduction of style and symbolism in modern jewellery. The music industry has also had a fair go at popularising male jewellery, and over the years the necklace has witnessed many male celebrity fans. From 80s guitarist Slash to the former Libertines’ frontman Pete Doherty, these effortless displays by ‘just rolled out of bed’ rock stars have resulted in endless eBay pages of cheap knock-off merchandise, and thousands of wannabe musicians who would probably have been better off staying in bed in the first place. Even at the ‘bling’ end of the spectrum we’ve witness a demise in trends. Following Kanye West’s proposal to Kim Kar-fashionvictim, the gold diggers who might once have looked to him for inspiration will have dropped their chains quicker than Nelly’s plaster fell off. Not helped by the time P Diddy lost his $20, 000 ring in a TV studio and everyone was too busy checking under their seats to give a Puff about anything else.

Even the nation’s style sweetheart David Beckham has given up trying to introduce new trends in male jewellery. His new sartorial status has been earned through sharp suits, classic tailoring and Victoria’s impressive efforts at ridding the Beckham name of all double diamond earring associations. Terms like ‘mewellery’ and ‘mangle’ have done nothing for the cause and no one offered an opinion on male bracelets better than wife of GQ journalist Oliver Franklin: “Don Draper wouldn’t wear a bracelet. James Bond wouldn’t wear a bracelet.” So what is the future of male jewellery? In the Tomfoolery exhibition that has just closed at the Museum of London, the Director of Arts, Beatrice Behlen, presented portraits by photographer Ross Trevail of distinctive male subjects, each displaying the jewellery they proudly wear everyday. Dave, a costume assistant and realtime 60s dandy, is one of the seven enigmatic Londoners chosen to participate in the exhibition. Dave collects most of his jewellery from Chelsea flea market and Portobello Road market- his favourite talisman identity chain was given to him by Stephen Spielberg. The other flamboyant six are equally charismatic: including Huggy, a British actor and former vocalist of early UK punk band The Plastix, who describes his amber necklace with a bee inside as “proper Jurassic Park”, and artist James Tuitt, whose photograph depicts him sitting demurely with a large wooden prawn around his neck.

Beatrice explains: “Ross’s photographs demonstrate that men wear ‘a bit of tom’ for different reasons to women: less as a fashionable accessory and more as a memento of a person, an event or a period in their life.”

Some might argue that male jewellery just isn’t, and will never be, fashionable. Preferably, it should be justified through symbolism and sentimentality, but in general it must be treated as a necessary rather than an accessory. Beatrice Behlen notes how in 1860 Cecil B. Hartley (author of The Gentlemen’s Book of Etiquette) cautioned men “never to wear jewels for ‘mere ornament’ but to let their jewellery ‘have some use’”. Practical watches, cufflinks, tie clips and wedding bands will always be acceptable and so are worth investing in, as classic styles ensure they have timeless appeal. However, when it comes to necklaces, bracelets, piercings and anything decorative, male jewellery for the sake of it is best avoided. Because, let’s be honest, male jewellery is really just a bit ‘Tom tit’ (shit).

All images: Ross Trevail at the Tomfoolery Exhibition