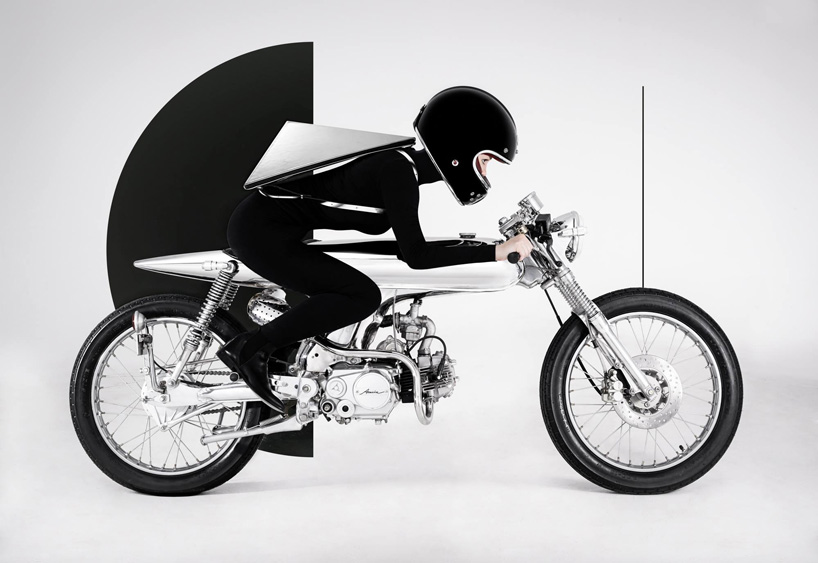 Initially launched in 2014, the Baandit9 ‘EVE’ motorcycle is a custom-made model, boasting either a 90cc or 125 cc engine, that was developed upon the basis of a 1967 Honda ‘SS’ bike. With a chrome-finished steel unibody which has bronze accents, the two-wheeler is stripped back to display its powerful mechanical parts such as the exposed suspension, and to further illustrate its sculptured form. These images by Wing Chan, showcase the ‘EVE’ product in a collaborative project with Ukrainian fashion designer Konstantin Kofta.