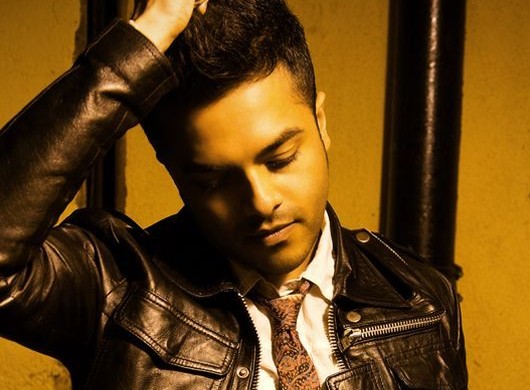 How did you get into the music industry?

Like most things, it was 50% luck and 50% graft. I did an internship for Ninja Tune Records as soon as I left uni and worked in recording studios around London for about 6 months, but despite how much I loved it I ran out of money. I made friends with a guy called Arnold Hattingh, who taught me how to convert my knowledge of music into knowledge of business. I spent months researching books, interviews and documentaries on the industry and how every aspect was connected. It was intense. The luck part came when I found out that Arnold was leaving Boosey & Hawkes, and 5 interviews later I got his old job!

Are there any difference working for yourself, compared to a big publisher?

Yes, plenty. Not having an expense account (laughs). But really, it’s the freedom to chose jobs that I love the most. It’s not necessarily about going after the big jobs and brands, but more about picking things that mean something to me. I prefer to work with the smaller ad agencies and documentary film makers as you feel part of the process. Now that I don’t have a boss I still start work at the same time, but I never seem to finish.

What is your favourite part of the job?

Which job have you enjoyed working on the most?

I worked on a Sky campaign for an indie agency called Brother & Sisters a couple of years ago. I was working with the agency directly before the ad was even shot, and the fact that Eric Cantona was in the treatment made me emotionally attached. It was one of those dream jobs where everything went smoothly; the client got what they wanted as well as the publisher and the label and the result was a beautiful ad which everyone was keen to put on their showreels.

Elephant has an large range of artists. How do you sign them?

There are a combination of ways. I have a few fantastic freelance A&R people that scout bands for me in London an LA, and one soon starting in NY. If I get a spare evening, I try my best to make it to shows but it’s a rarity. From time to time there will be things that I stumble upon or a friend of a friend, but I mostly trust my A&R team to flood me with new material.

Do you still buy music?

What would be your advice to any band / artist trying to get their music on TV or film?

Don’t spread yourself too thinly. Although I think that self promotion is fantastic, the music supervision community is small and close knit and I feel like every supervisor pitching your tracks non-exclusively not only devalues the track but the role of the supervisor too. I think all unsigned bands should trust one well respected rep and give them time to get placements… Things don’t happen overnight, its better to be patient and preserve your reputation.

And finally, what should we be listening to this year?

I’m liking Miniature Tigers, Grimes and Purity Ring from the states. I have a good feeling about Babeshadow and TOY from London… I think its all about the new Beach House album though!