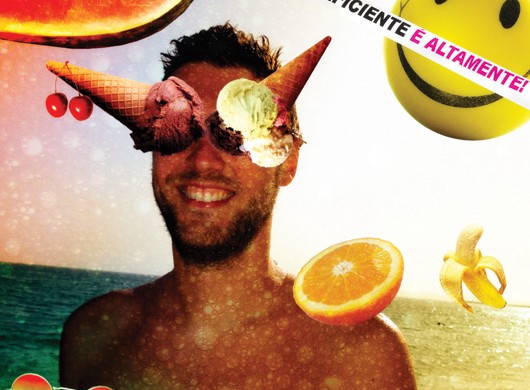 My name’s João Dorminsky and besides being a musician, I am also a graphic designer and founder of a DIY label called Schizzofrenik Records in Porto, Portugal. We are a label, promoter and artistic director of the Fantasporto Vampires Ball.

I’ve recently released a new single titled “Sangue” from one of my music projects, called Tigre Deficiente. I hope you enjoy it 🙂 “Let blood be blood, after valentines day. “Sangue” is the upcoming single from Tigre Deficiente, a instrumental preview for the future full length album titled “Ordo Dracula Rosa” to be released by Schizzofrenik Records. It’s available as a free download on www.tigredeficiente.com

After the launch of the demo named “Demo” and the summer edition calendar with 31 talented illustrators for “Bikini Evolution”, a portuguese version of “Itsy Bitsy Teenie Weenie Yellow Polka Dot Bikini” , the first album of Tigre Deficiente, one of many of João Dorminsky’s projects (Pi, Punk Androids), is taking shape and just like nature, it’ll be released little by little, without certainty or creative boundaries.”

The song was released on www.tigredeficiente.com