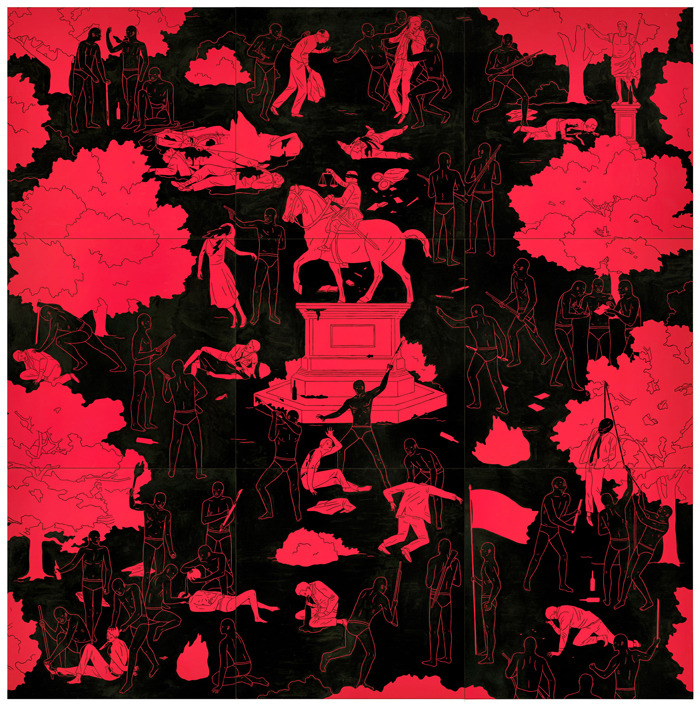 There’s no getting around it. Violence, domination, sex and death dominate much of his work. But that’s not to say that there is a lack of beauty to his work. With a simple palette of black, white and red, Cleon Peterson creates some of the most striking and compelling illustration I’ve seen in an age.

Born in Seattle and currently living in Los Angeles, Cleon describes the world his work depicts as “a gray world where law breakers and law enforcers are one in the same; a world where ethics have been abandoned in favor of personal entitlement.”.

All I know is that I hope we see more work from Cleon soon. 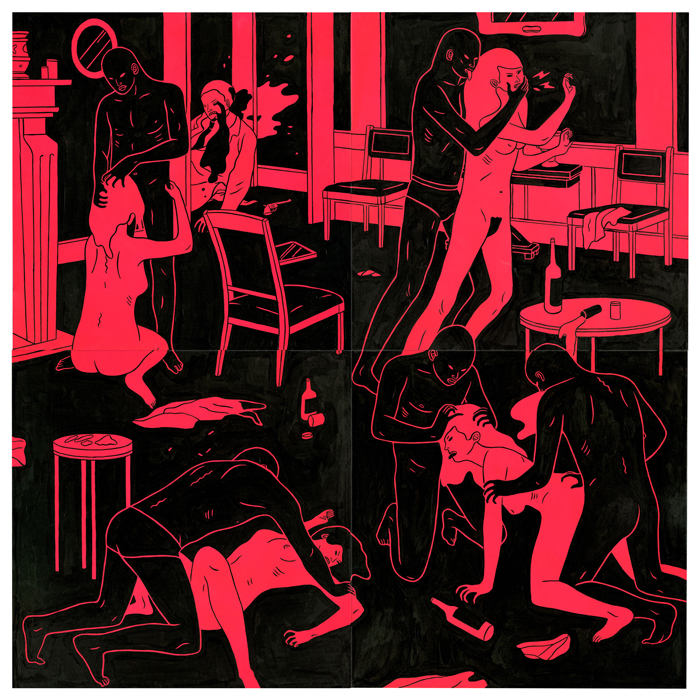 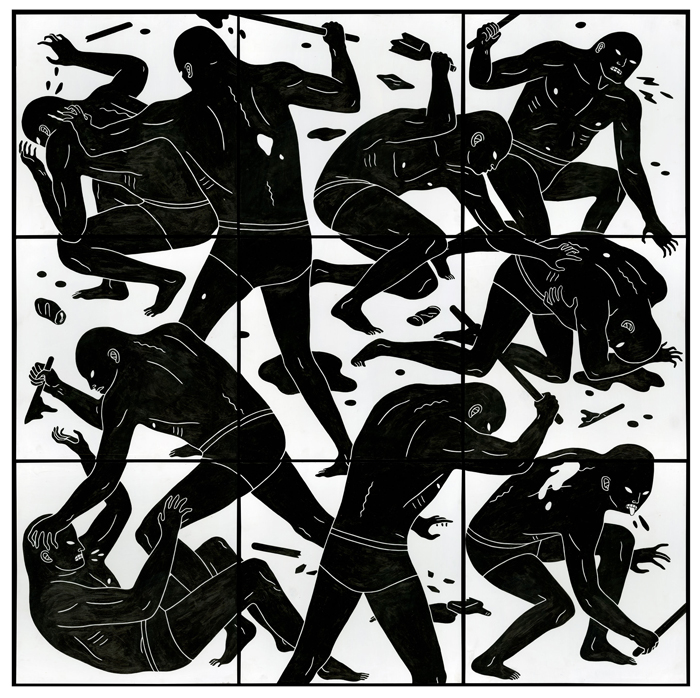 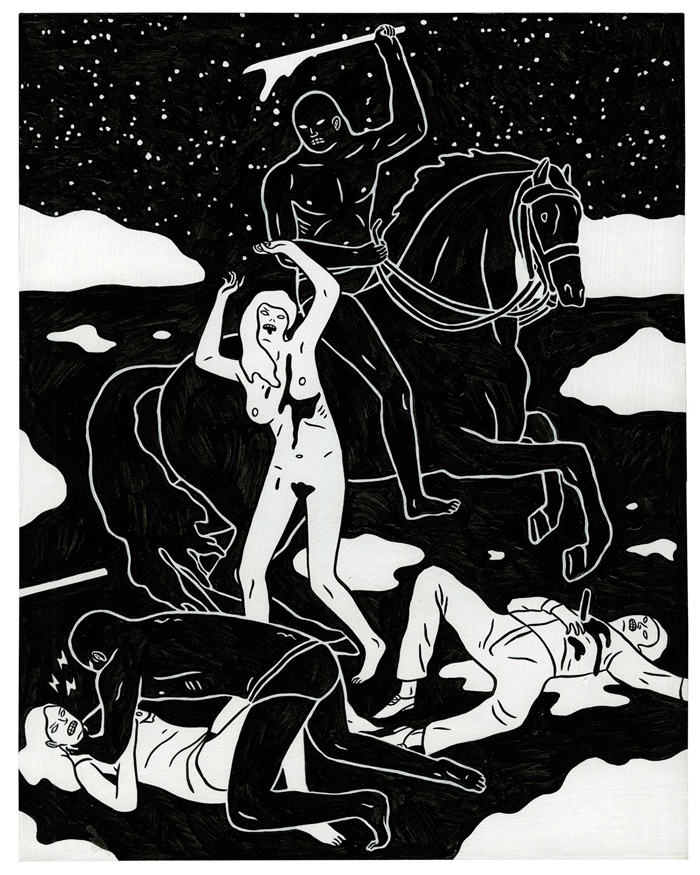 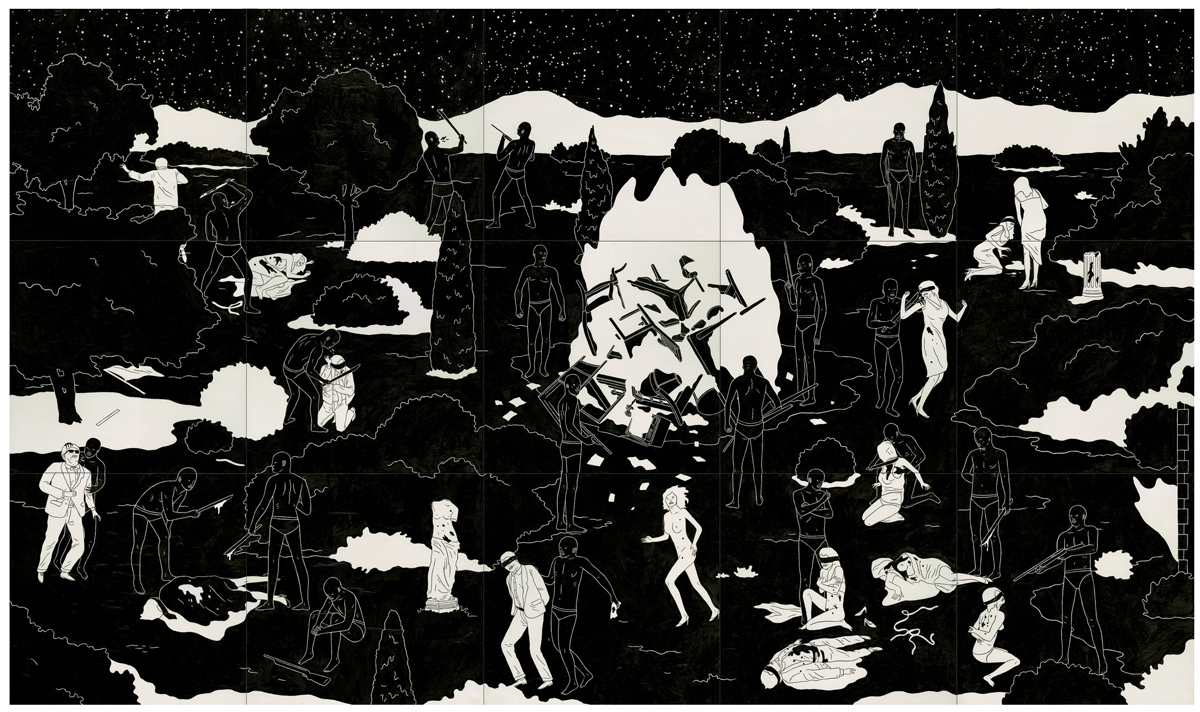 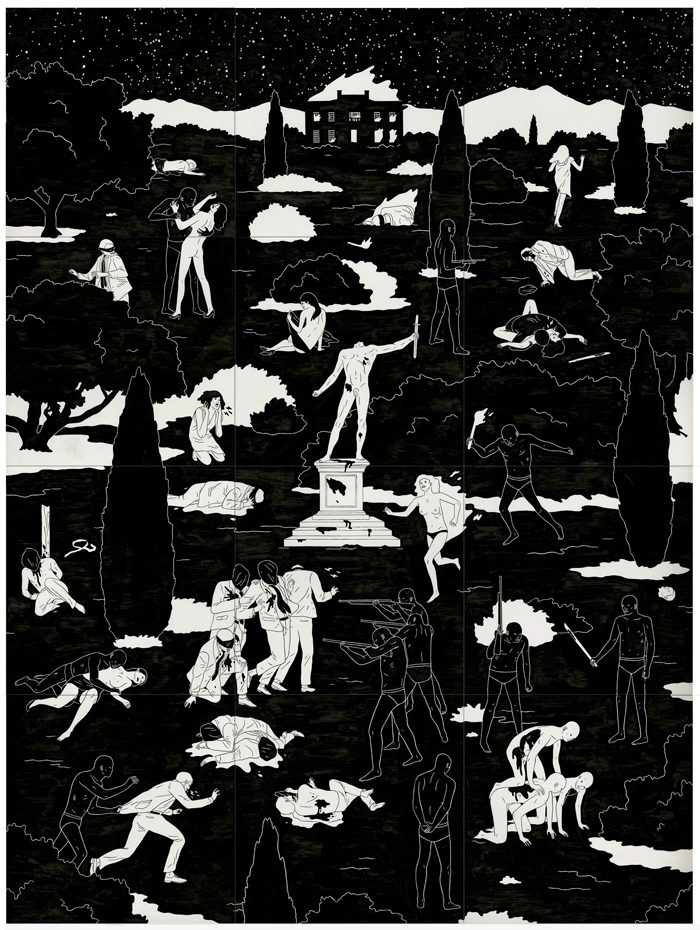 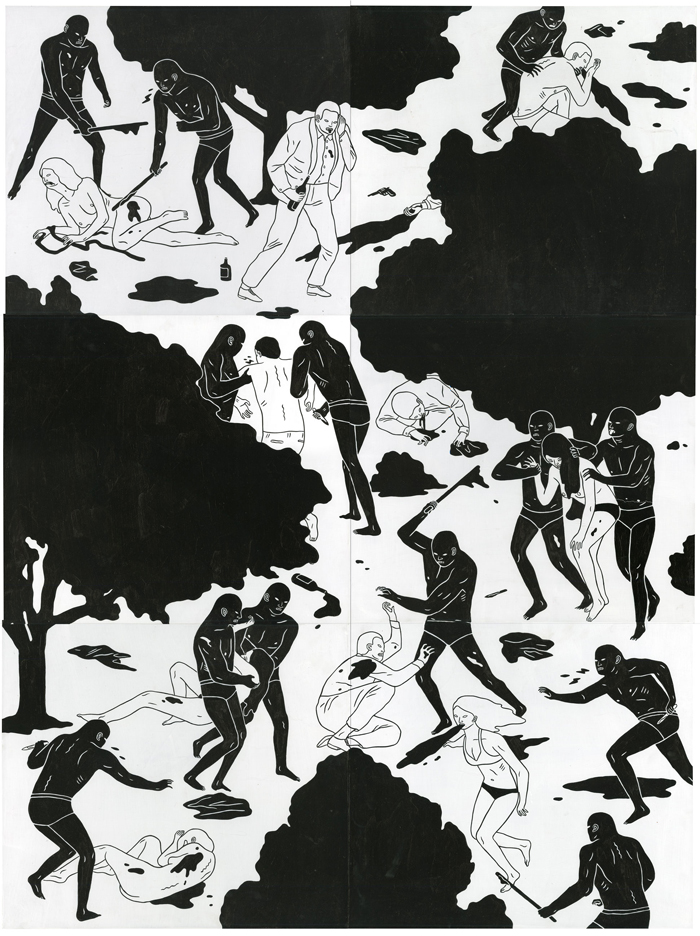 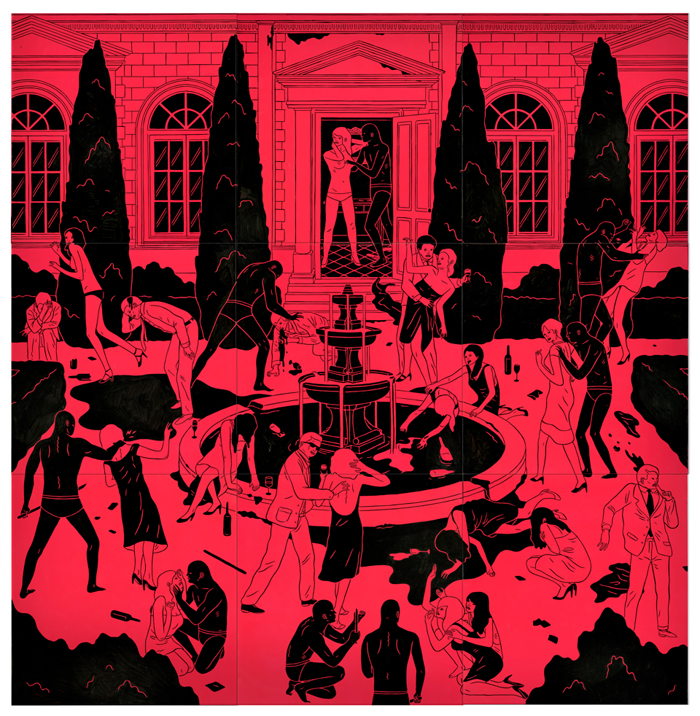 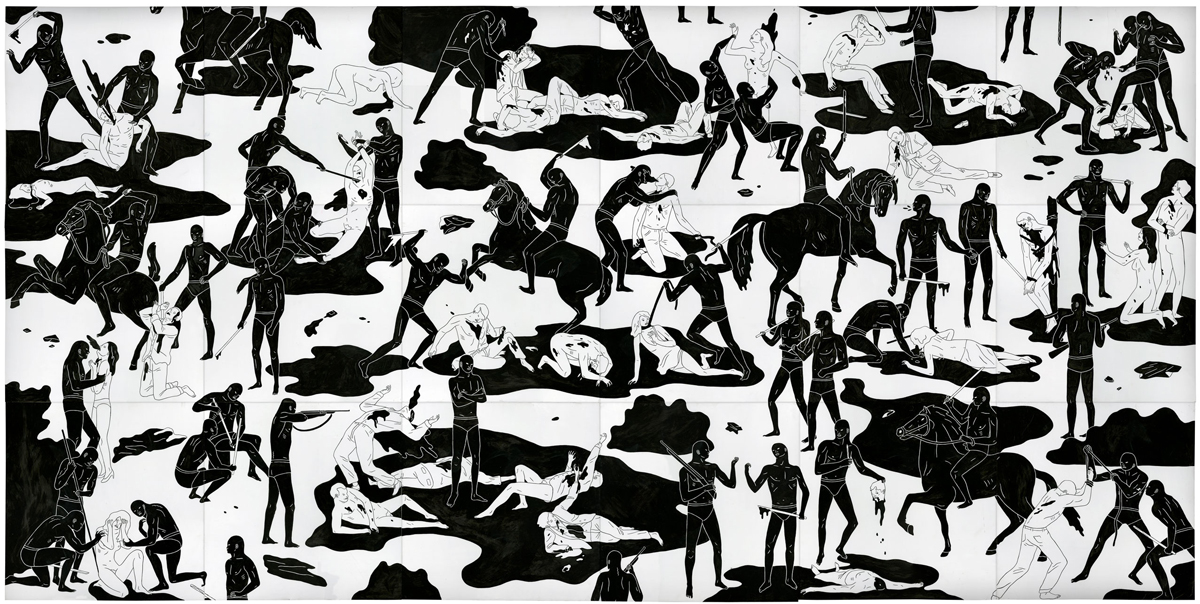