The Directors of Blain|Southern present Nihilistic Optimistic, Tim Noble & Sue Webster’s first major  solo exhibition in London since 2006. Featuring six large-scale works, the show builds upon the artists’ sustained investigation into self-portraiture, further deconstructing the relationship between materiality and form which has been so intrinsic to their practice.

Constructed principally from discarded wood, the artists describe these sculptures as ‘street compositions’. Each work  appears abstracted or even unfinished as the debris of the artists’ studio – gathered sawdust, wood shavings and tools – lie scattered around the sculptures. A sense of urban chaos is implicit within the construction of the surrounding  gallery environment; this is not an isolated white cube space, but one which remains connected to the studio and the streets – to the source of these artworks.

“There was a kind of deliberate choice not to use such recognisable objects any more, and to start fracturing things up – splintering things. So the mind has to wander in a different way, like you’re giving and taking, and it’s as much about the  gaps and holes in between.” Tim Noble

When illuminated, a number of the works cast shadow portraits upon the wall; the artists are represented both together and alone, as a unit and as individuals. In My Beautiful Mistake (2012), this light source is poignantly omitted, shifting the focus onto the tentative material composition of the sculpture itself, and its sense of impending destruction.

The exhibition’s dualistic title, Nihilistic Optimistic, responds to the oppositional forces present within these works, and indeed within the artists themselves; the show is at once constructive and destructive, hopeful and despairing. Light and shadow, form and absence, figuration and abstraction all inform one another and exist in a constant state of tension.

In collaboration with The Vinyl Factory, Tim Noble & Sue Webster have also produced a limited edition artwork in the form of a 10-inch record. 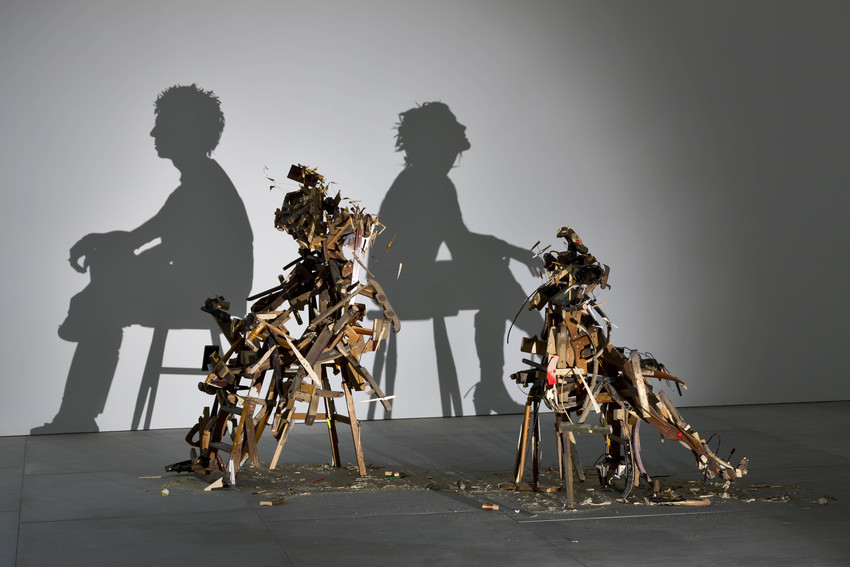 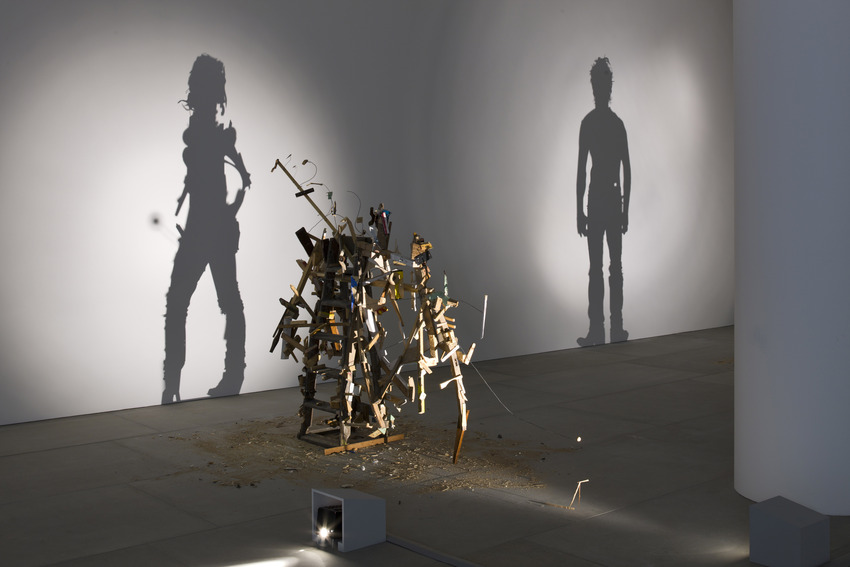 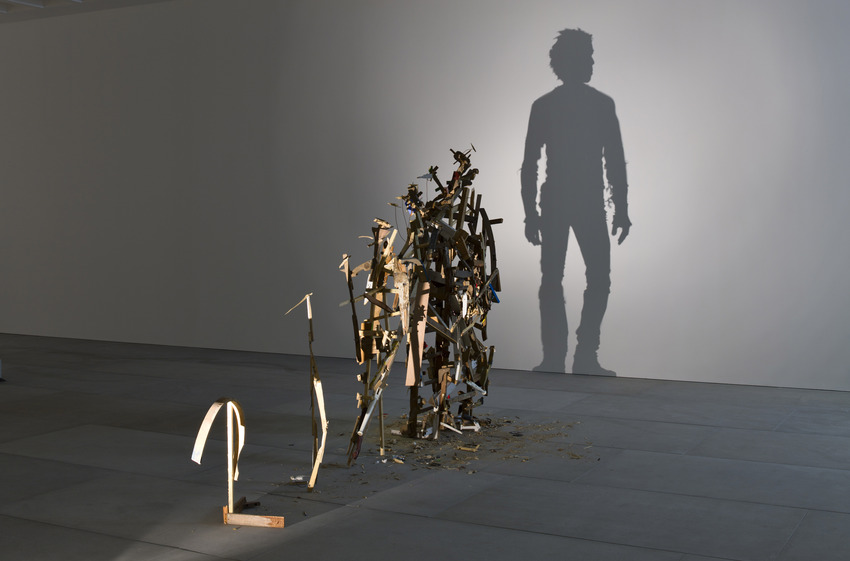 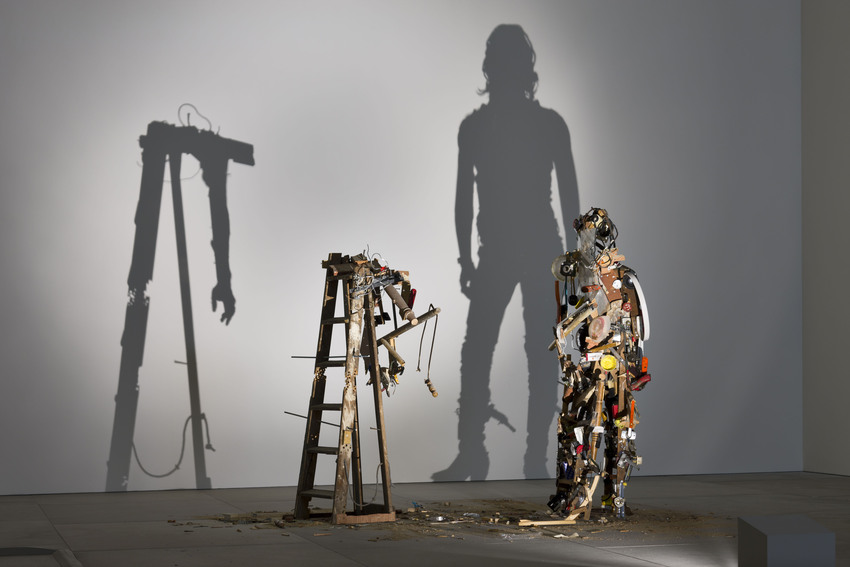 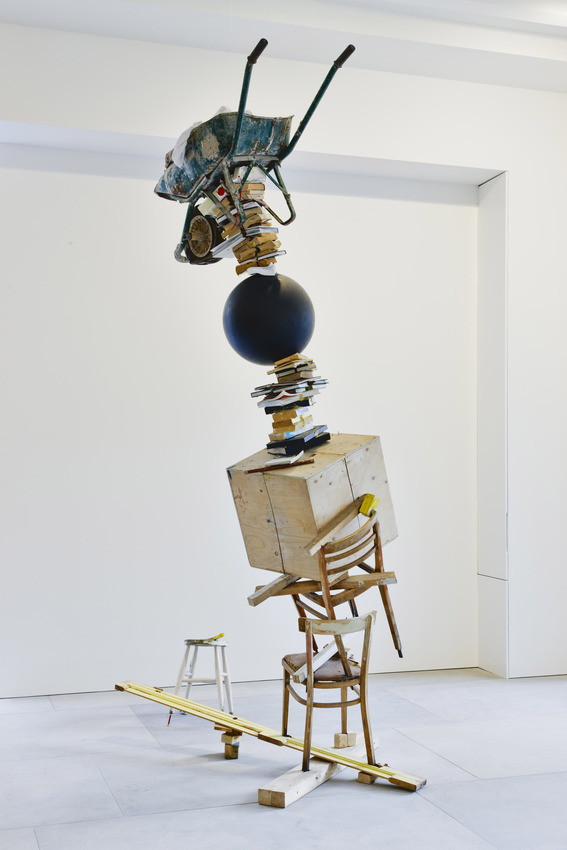 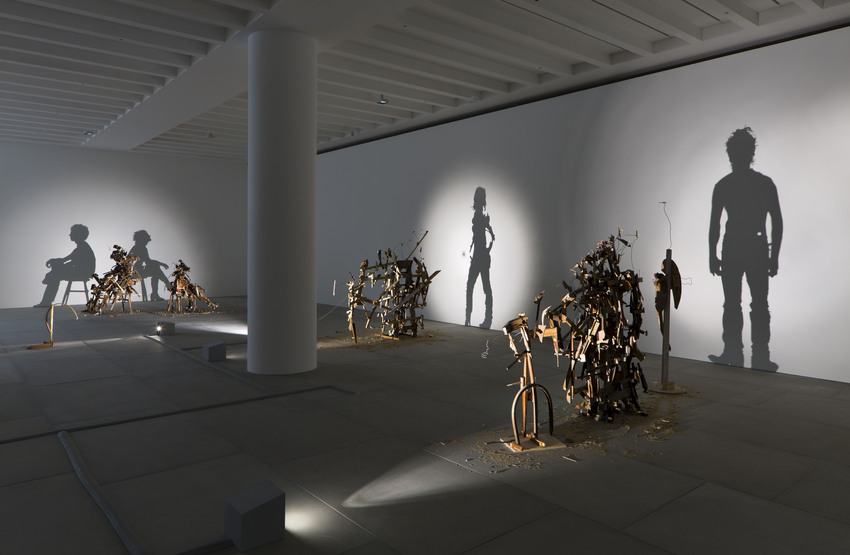 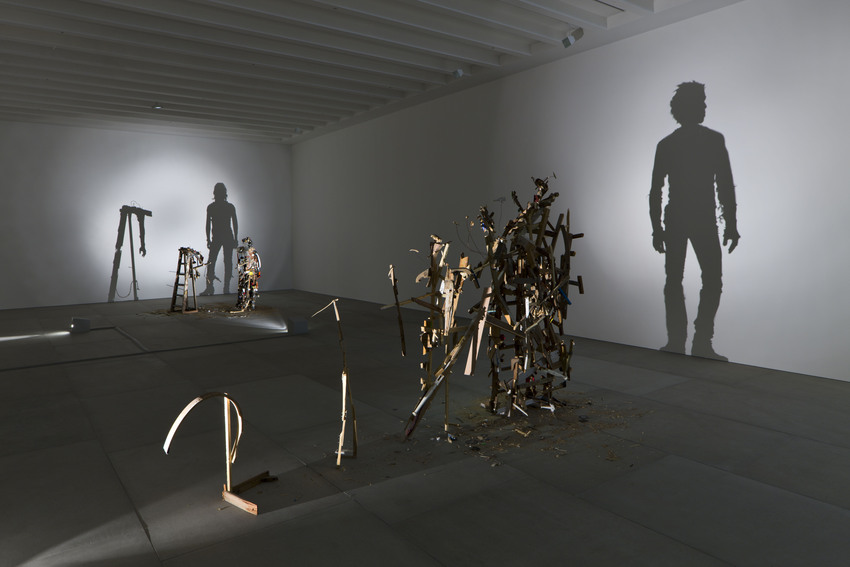 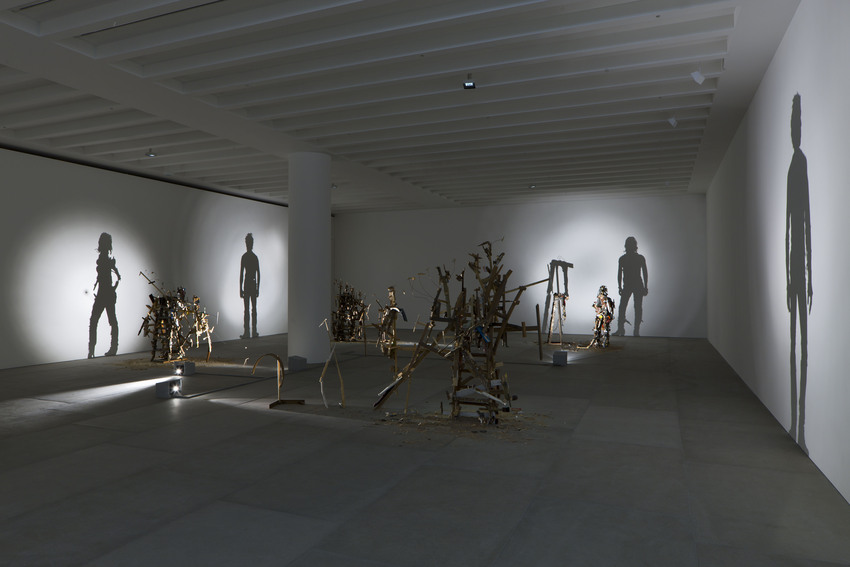 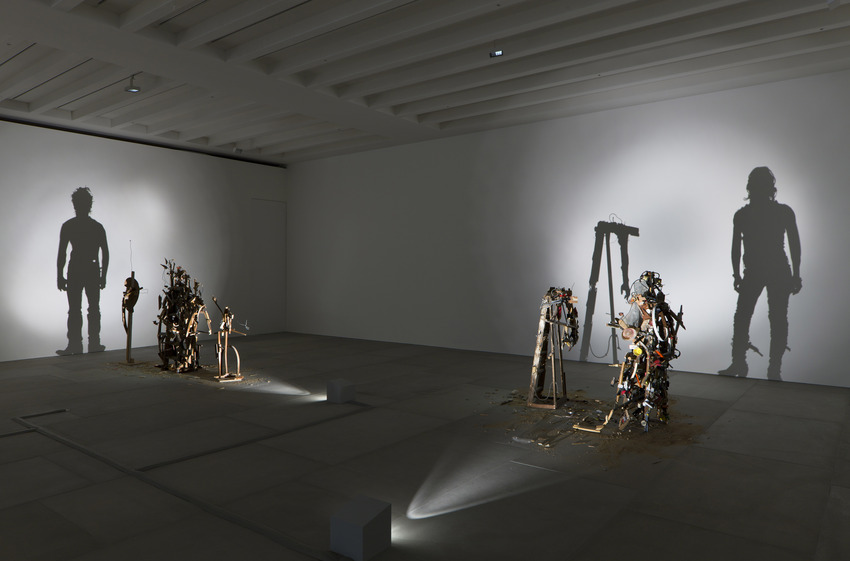