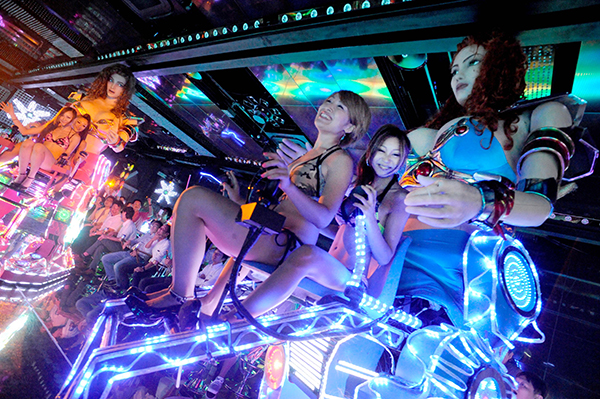 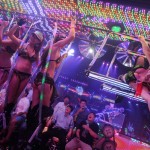 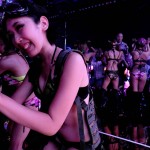 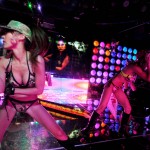 I’ve just found a new restaurant destination to add to my next Tokyo crawl. Named ‘Robot Restaurant’ this is one eatery not for those with epilepsy or hate of neon signage. Based in the seedy Shinjuku area, usually full of African dudes trying to lure you into a strip club at 3am (if you go in watch your drinks unless you like rohypnol), the Robot restaurant boasts 16 massive female robot busts that act as cars for the waitresses, crazy live halftime marching band performances ‘Sekushi Kotekitai’ (literally, Sexy Drum and Fife Troupe) based on the video for Alex Gaudino’s ‘Destination Calabria’ (below) and a serious ‘homemade’ feel that is perfectly in line with the Maker movement – I’ve been reading a lot of Cory Doctorow lately and so should you. 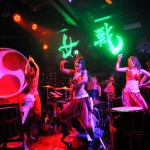 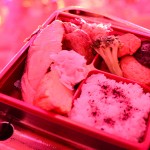 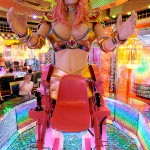 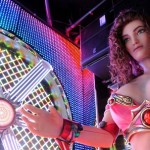 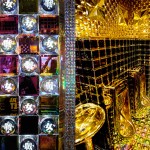 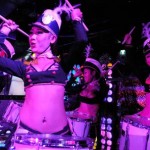 The food is kind of crappy by Tokyo standards – just simple bento boxes. But the food isn’t why you go to a robot, maid or kitten themed restaurant is it? It’s the booze… I mean the ambiance. The ambiance.

But bad food or no, for only £25 for a cool night out, live acts and lazer show there are far worse things you could be spending your money on.