Your guide to 3D printers 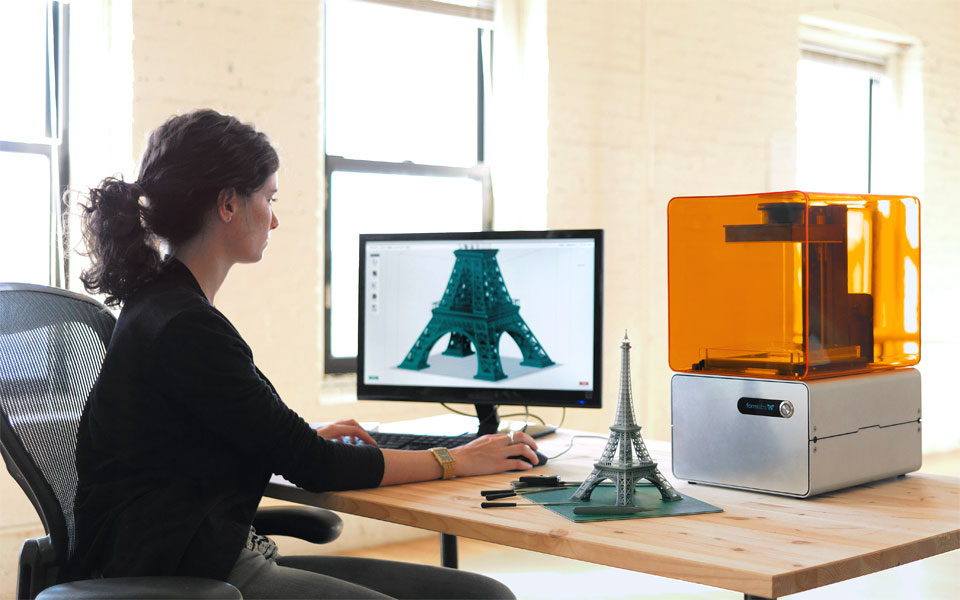 3D printers aren’t necessarily everywhere these days, but they’ve gained enough traction in the media that everyone knows about them. Sometimes flimsy, bulky and easily breakable, many of these magic boxes should are worth waiting for to purchase as they seem to evolve every few weeks. I’m actually looking foreward to the days when we can build giant plastic models and perhaps even theme park rides from these things ala Makers by Cory Doctorow (worth a read). But for those of you who need that miniature replica of your head molded from hot plastic to sit on your desk  now, here’s some of the best printers on the market today.

Value: Easy to use Some printers on the market supply you with the parts for a printer and rely on your MacGyver-like skills to assemble Ikea-style. A friend of mine has a printer like this in his office and he’s always losing the pieces. Not cool. The MakerBot Replicator 2 comes fully assembled and is ready to use immediately after unwrapping this delicious beast. Not only is it ‘no assembly required’ but its super simple to use. But if price is your biggest bug-bear, you might want to check out Cubify which is a cheaper version – but watch out because the cartridges prices will get you in the end.

Solidoodle promises to be “the next generation of printers that allows you to unleash your creativity in three dimensions — and multiple colors.” Which is fair enough at the price they’re asking. Not as aesthetically pleasing as some of the other printers – see below – but if you’re like me and would rather buy a cheaper printer so you have more cash to spend on goop, I say go for it. Solidoodle has two cousins that, like a waif in a bar are similiairy cheap (I know that didn’t make any sense). The first is the Buccaneer which is a Kickstarter baby who raised a stupid amount of moneey (try $1,438,765 from a $1000,000 goal) and Eventorbot! which raised $137,508 from a $25,000 goal. Not as impressive as the former but still… somebody needs to work out that magic Kickstarter formula (I think it’s just shiny picutres but that’s just me). The Utilmaker was recognized as the Usain Bolt of 3D printer by Makezine which just makes me want to do that arrow pointy hand thing in the air pose. Its a tiny printer and for the price it had better come preassembled (it does). I think the best thing about this lil guy is the large objects you can create in it – and at fast speeds (can’t you just smell the hot plastic tornado its printing right now?) it would be great for an in-office environment when you’re late for a meeting and need something showy to distract angry clients. According to the Type A Series 1 (terrible name by the way – how am I supposed to remember that?) manufacturer, this printer has twice the quality as any other on the market. Printer resolution starting from 50 microns (0.05 mm) and a minimum thickness – 100. This was apparently made possible by the precise components built into the printer. I used to work for a guy that would like this, he always got his pants in a bunch over the smallest imperfections… kinda miss him now. anyway, there’s two more on the market (his name was Mark, go figure) for tall you Marks out there – The Fablicator and Cubify Cube X (now THOSE are names). And lastly, we come to one that I remember drooling over on Kickstarter way back in the day (a few months ago). The most successful 3D printer project on Kickstarter to date (and one of the most successful projects of all time – $2,945,855 from a $100,000 goal)  this slick beauty operates on the principle of laser stereolithography and has an incredibly print quality of only 25 microns (I just pushed up my thick NASA glasses as I typed that). Unlike a lot of competitors, this guy uses liquid plastic as well and man do I want one. Christmas present anyone? Buy it for me at FormLabs.