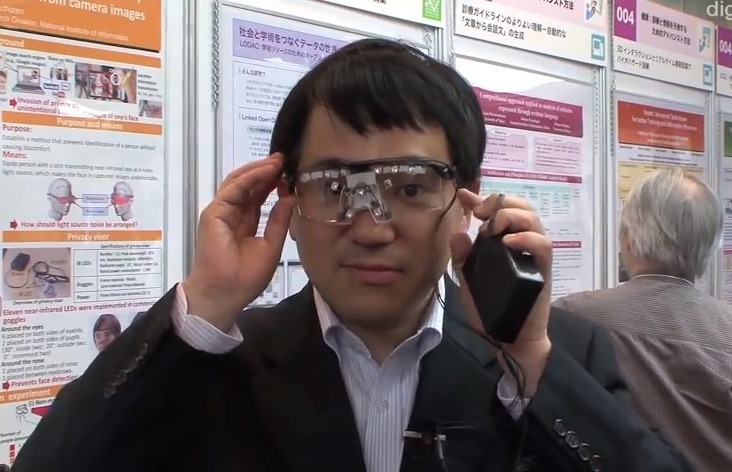 Japanese scientists from the National Institute of Informatics have developed goggles that do not allow Google Glass to recognize a person’s face. One of the inventors – Professor Isao Ichizen said he was extremely concerned about the face recognition function that is installed on Google Glass, and it prompted him to create the device.

The principle is pretty simple. On the arc  of the glasses are 11 infrared LED bulbs whose light is not visible to the eye but when you move a camera or video recorder infront these glasses your face will appear as a continuous flash of light.

You can try wearing sunglasses. But sunglasses alone can’t prevent face detection. Because face detection uses features like the eyes and nose, it’s hard to prevent just by concealing your eyes.

At the moment the device exists only as a prototype, so it looks quite bulky, but the developers are confident that the device will be in demand and will be released for mass production once Google Glass becomes available to the public at large.