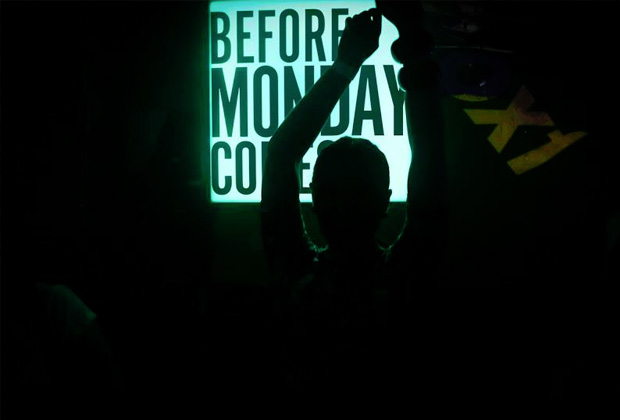 Five cities, eight episodes and some of the most exciting emerging music scenes in the world. Follow DJ Dismantle around London as he talks to some of his favourite producers and DJs like Goldie (who I once saw drive past me off Carnaby Street in a Gold Lamborghini… oh Goldie), Breakage, Ms Dynamite and Roska, as well as joining him as he parties the night away at XOYO and Fabric.

Airing in installments on Boxfresh.com and Noisey from June, the ‘Before Monday Comes’ series will be a journey across five cities, as Dismantle travels to the most interesting and up-and-coming party scenes in New York, Beijing, Berlin, Stockholm and finally, London (which this episode is about).

The ‘Before Monday Comes’ series is heavily inspired by Boxfresh’s early roots in youth and music culture. The series is the epitome of the ultimate weekend adventure; when you can forgot about the daily grind and just focus on the music and the party.

Click here to watch the rest of the series