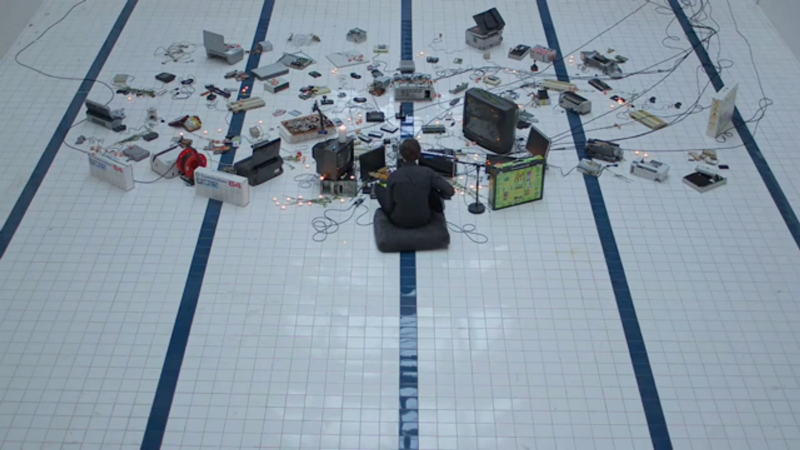 We are submerged in a dry swimming pool. A SEGA Mega Drive, Commodore 64, floppy disk drives and hard drives sing in unison. The unusual ensemble (controlled live via MIDI) are given a last curtain call in a nostalgic farewell to forgotten friends.

The video is a more sophisticated follow-up to a student film by Houston called Big Ideas (above), in which he used similar equipment to create a basic cover of a song by Radiohead.

I heard that a London advertising agency planned to recreate Big Ideas and I wasn’t happy about it. There wasn’t much I could do to stop them, so my only defence was to create a new video and beat their version. I wanted to take the concept further and control the instruments live by a musician. The performance was important – everything was controlled by Julian Corrie and what you see is what you hear.