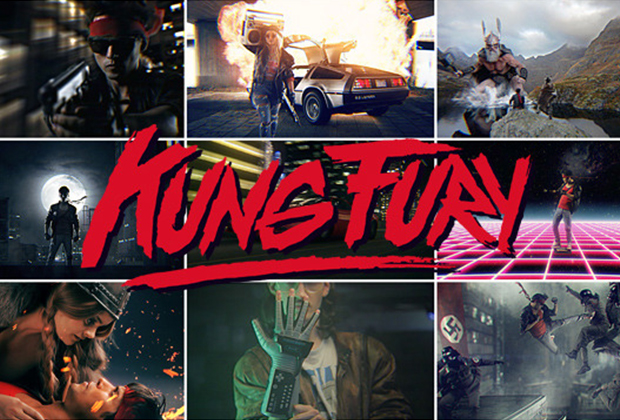 Kung Fury takes place in a variety of exotic locations; 1980s Miami, Asgard and Germany in the 1940s, to name a few. With a limited budget to work with, we had to solve this by shooting most of the scenes against a greenscreen backdrop. David Sandberg has worked closely with the production company Lampray (www.lampray.se) from the start. The company is run by Linus Andersson and Martin Gärdemalm. Recently the production company Salmon Fox (www.salmonfox.com) got onboard with the project. With the Academy Award nominated producer Mathias Fjellström. David and Mathias share a love for the 80s and that will reflect in the final film.

BACK THIS PROJECT ON KICKSTARTER