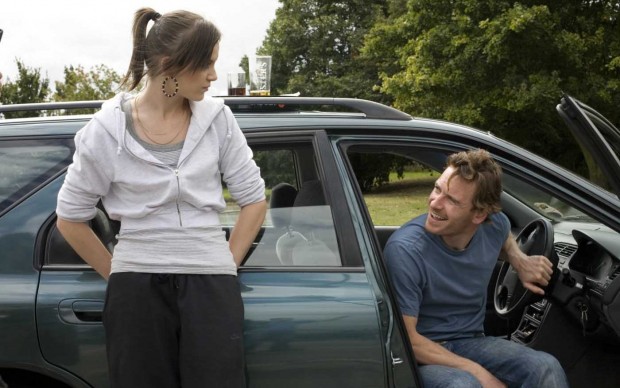 After the revelation that only 7% of British films make a profit, some suggestions on how to kickstart the industry.

A few articles surfaced towards the end of last year which dramatically stated that only a tiny portion of British films actually make a profit. The study found that, from 2003-2010, only 7% of British films made a profit. If only 7% of Britain’s industries made a profit, we would be right to assume that lunatics were in charge. But the film industry is a very different type of industry. For £500 million, a studio could set up several firms, dozens more subsidiary firms, and maybe even annex a small island, guaranteeing itself massive profits in the process. Instead, the studio takes a gamble on a movie with a big name star – and, very possibly, loses.

It’s how Britain reacts that is important. Following the Hollywood template may not be the best route to take

The findings of the study may be unpleasant, but it is how Britain reacts that is important. In 2010, British PM David Cameron urged filmmakers to make more films like Harry Potter. Films that lots of people want to watch. Films which will attract masses of tourists to our land. Films which may inspire more affiliated theme parks. In purely economical thinking, it is easy to look at films as products which we need to sell to increasingly western-thinking super-economies, such as China. But Harry Potter films cost a lot of money, and the risk of not even breaking even is substantial. Making a multi-million pound blockbuster doesn’t guarantee success. Following the Hollywood template may not be the best route for Britain to take.

Moreover, Hollywood has a head start over Britain when it comes to nurturing and selling their product. Armed with more money, Hollywood can employ the world’s best analysts, data experts, marketers and distributors. The analysts make forecasts as to what films people want, when they want them, and how they want them (3D, for example). Hollywood’s studios receive large chunks of money from New York financiers, a relationship British filmmakers don’t have. Hollywood can churn out five times as many Harry Potters, and they know how to significantly reduce the risk of a loss.

The resolution for Britain’s filmmaking problem may lie elsewhere. According to the study, low budget British films barely make a profit. That doesn’t mean we should stop making them, because neither do they cost much to make. Part of the problem is that a lot of them are average and safe in terms of their originality, conviction, themes and expression. A significant amount are saddled with worn-out themes of urban decay, too concerned with depicting raw and brutal British degradation. Eight of the ten most profitable low budget films of all time are American. The others are Irish and Australian. None are British.

Children are raised with the American Dream informing their imagination and fantasies. They want American culture

The fact that eight are American is instructive. It says that people want American culture. Not Chinese, Russian or even German. They want America. Children are brought up, all across the world, with the American Dream informing their imagination and fantasies. They aren’t encouraged to visit Russia, or Iran. Countries like Germany are stigmatised in school textbooks, with WWII history dimming a child’s perspective of German culture. America is glossed over and given a sugar coating – it is the paradise factory, where the worst thing that happens is teenage heartbreak.

A lot of cinema-goers baulk at the suggestion of watching a foreign movie. We live in a consumer society, where people buy Japanese game consoles, eat Mexican food, and top up their tans on Spanish beaches. But give these same people a Pedro Almodovar film and they don’t want to know. Give them a Japanese horror movie and they watch the American remake instead. People at large don’t seem to want foreign culture. Schools ignore foreign literature, thereby encouraging xenophobia and suspicion of immigrants. We are brought up to be inclusive. We are force-fed American movies, American comedies and American music. Such lack of awareness to other cultures, tastes and ideas can be detrimental to our collective progress as a creative, artistic and intellectual nation.

Apart from being globally popular, Americans also know how to market their movies. A few of the top ten most profitable low budget films of recent years were the result of clever marketing campaigns. Britain needs an injection of cleverness. A touch of ingenuity. A little more imagination and creativity is needed from our filmmakers. Dogtooth, a Greek film, is a fine example of how to do it with little financial backing. This strange, surreal, low budget film managed to receive an Academy Award nomination through the strength of director Yorgos Lanthimos’s vision.

Britain needs an injection of cleverness. A little more imagination and creativity is needed from our filmmakers

Britain needs such directors. If they are out there, they need promoting and encouraging. If we are to have a few more of them, our mindset needs changing. We need to get out of America’s shadow. If we are to continue making social-realist films, we need to adjust the template. We need a rethink and a fresh approach. We don’t necessarily need more Harry Potters. We need more artistry, more imagination. More skill, more brilliance. The British film industry can be salvaged, but not necessarily by throwing a pile of money at the next blockbuster. Let’s have five or ten small gems.