For screen actors, television is the new black 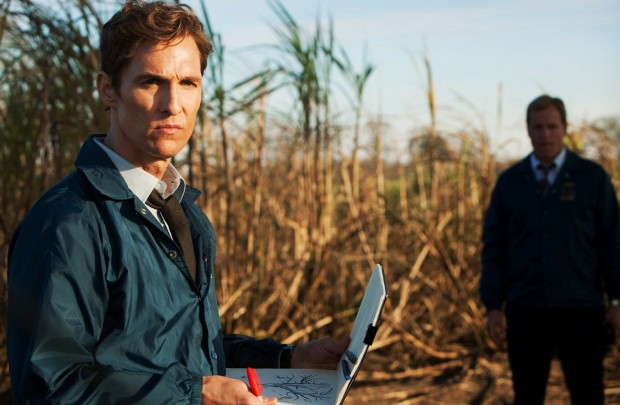 McConaughey received his Oscar nom four days after making his TV show-headlining debut, but he’s just one of the movie stars seeking stardom on television.

‘Television is better than film’ is a saying that has been bandied about for years, by television critics and beardy-weirdy hipsters wanting to be contradictory for the sake of sounding edgy. While there are certainly still a lot of great films being made halfway through the second decade of this new century, many writers and directors have been making the pilgrimage from the big to the small screen. But they’re not alone; movie stars are now making their way to television.

Once considered a career graveyard, television is now proving to be damn near irresistible to high profile actors

Once considered a career graveyard, television is now proving to not just be an inviting opportunity, but damn near irresistible to high profile actors. All of those writers and directors have created an environment where an actor can – by playing a character for longer than in a feature film – get immersed completely in a role of much deeper nuance. Traditionally when an actor’s career was on the decline would they deign to appear on television, but now it appears it’s the thing for an actor to do when their star is on the rise.

Matthew McConaughey is setting awards season ablaze with his performance in Dallas Buyers Club and the possibility of an Oscar in his near future gets more certain as the year progresses. This role, and the awards buzz around it, comes after quite a run for The Shirtless One: No longer is McConaughey the over-tanned shit-eating grin standing opposite Kate Hudson in a groan inducing paint-by-numbers rom-com, but rather one of the most talented and interesting actors working today. McConaughey has redeemed his career with knock-out performances in films such as Killer Joe and Mud.

When an actor usually reaches the heady heights of an awards contender, they follow the path of least resistance and appear as a villain in some high profile action film. Instead, Matthew McConaughey can currently be seen (gasp!) on a television show – he stars in True Detective for HBO, which premiered January 12th, four days before the Academy nominated him for Best Actor. He joins his contemporaries Melissa Leo (who won Best Supporting Actress for The Fighter whilst on HBO’s Treme) and Melissa McCarthy (nominated for Bridesmaids while starring in Mike & Molly).

Though a character actor can conceivably find themselves in this situation, McConaughey is the first bona fide movie star in recent memory to be nominated for an Oscar while simultaneously appearing on TV. Until recently, a movie star would not be caught dead on a television show, but in an interview with The Globe and Mail, Billy Bob Thornton, talking about his role in the upcoming Fargo television series, hit the nail on the head: “Well, the fact of the matter is, the entertainment business can pretend all they want, but the movie world has changed drastically. And when I was coming up, if you went to television from film, it meant something was wrong, you know.

“So you may as well be on, like, Hollywood Squares. And now it’s the opposite. Actors, especially my peers, the guys I came up with, Dennis Quaid, Kevin Bacon, Bill Paxton, Kevin Costner, guys who are in their early 30s [here he smiled and winked], we did mid-level movies for studios and higher-budget independent films. And that’s especially where I lived. That doesn’t really exist anymore…Television has now taken that spot. So for actors who really want to do good dramatic work or dark humour and drama, you kind of have to do it on television. And it’s a great opportunity to develop a character over a period of time.”

Television is going through a renaissance much like Hollywood cinema did in the 1970s. There seems to be a vacuum of audience demand much like that period of cinema, where studios (or in this case, networks and cable channels) are throwing everything to the wall to see what sticks. But television audiences in the 1970s, while they had extremely popular shows such as M*A*S*H, Good Times and Bonanza, there really wasn’t anything like what we have now; The Sopranos, Breaking Bad or Game of Thrones weren’t even a twinkle in an executive’s eye. The only place anyone could see a movie star was as a guest on The Love Boat, which usually struck the death knell for their career as a whole.

While this new golden age of television is forging new talents much like 70s Hollywood, it is drawing more seasoned talents from the silver screen to its cathode flame, and now actors are joining the fray. The landscape has changed so much that the stigma has as well. It would be unsurprising to find out that many movie stars right this second have their agents looking for the next big television hit.