Inside Llewyn Davis: How do you recommend a film they’ll hate? 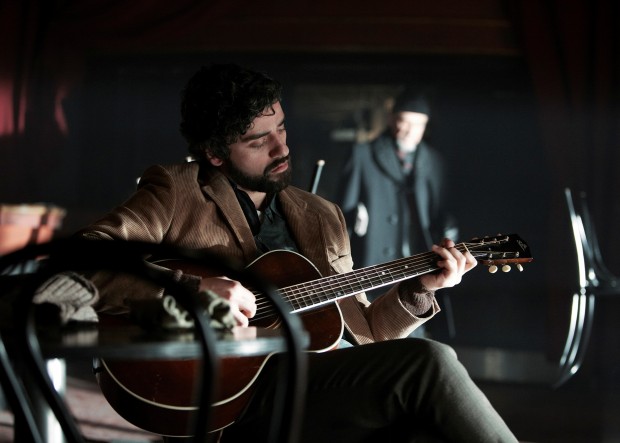 Musical Coen brothers drama Inside Llewyn Davis, like its title character, wasn’t made to be liked by the mainstream.

After debating with colleagues (one of whom wrote this excellent list) about the merits of going to the cinema alone, I took the risk of a solitary trip this week. It’s not something I’ve done before, because my social mindset is stalled at 15-years-old, and I’m cautious about leaving the house without friends in case it’s a possible faux pas. But it was a trip born out of necessity, if you can call the new Coen brothers film a ‘necessity’. Thankfully, I adored Inside Llewyn Davis – chalk it up as yet another masterpiece from the writing-directing duo – but I’ll have a hard time recommending it to anyone. Because whereas everyone’s rushing to The Wolf of Wall Street, it seems Inside Llewyn Davis was made solely to be appreciated by critics and cineastes.

A riposte to Hollywood success stories, Inside Llewyn Davis takes the uncomfortable idea that hardly any of us are very special at all and holds it up, nakedly, for all to see

Operating on a similar existential level to A Serious Man, Inside Llewyn Davis doesn’t offer immediate thrills, but instead requires much deeper interpretation, the negotiation of which might frustrate casual moviegoers. It’s heavy with symbolism (whole articles have been written on the ‘meaning’ of the cat(s) Llewn adopts), and the stars are dimmed in favour of largely unknown leading man Oscar Isaac: Those expecting more than five minutes of Justin Timberlake or any more than a snippet of folk’s poster boy Marcus Mumford on the soundtrack will be left disappointed. Carey Mulligan does little more than scowl while Garrett Hedlund – as near-mute Beat poet ‘Johnny Five’, for whom an entire thesis could be written unravelling his mystery – is a parody of his On the Road self, a satire of the handsome, taciturn hero that has almost no personality whatsoever.

Meanwhile, viewers anticipating trademark Coens wordplay will be met instead with long passages largely free of dialogue. I can’t even say how funny Inside Llewyn Davis is at this point, because Coen brothers films only tend to reveal how hilarious they are on the second or third viewing, when seemingly innocuous lines suddenly become deadpan direct-hits. But it’s clear from the first scene, when Llewyn Davis sings Hang Me, Oh Hang Me to a disinterested crowd, that the Coens are very serious about their intentions on Inside Llewyn Davis. A riposte to the success stories we so often see on-screen, Inside Llewyn Davis takes the uncomfortable idea that hardly any of us are very special at all and holds it up, nakedly, for all to see.

And who wants that? No one goes to the cinema seeking that kind of catharsis anymore, the kind that has to make you feel shitty first in order to make a point. Taking a topic not-surprisingly often overlooked in the movies as its central theme, Inside Llewn Davis is an extremely rare example of a film about being just average. It’s why the film has been almost shut-out at this year’s Oscars – Inside Llewyn Davis is the opposite of the Hollywood ideal. It also makes it as important as any Best Picture nominee this year, because trying and failing to ‘make it’ is something almost everyone can relate to.

Our hero is destined not for failure, but for existence, a painfully recognisable conundrum for nearly everyone on this Earth

Llewyn Davis, you see, is merely a good enough musician, and not the knockout that the curly-haired, harmonica-wielding guitarist glimpsed in the final scene clearly is. Our hero is destined not for failure, but for existence, a painfully recognisable conundrum for nearly everyone on this Earth and something the Academy couldn’t possibly acknowledge. Oscar Isaac – who so far has played a Russian gangster, a Middle Eastern CIA operative, an English king, a Mexican jailbird and a Welsh-Italian folksinger (THAT is a chameleon) – is outstanding, downbeat and droll, but what punch-the-air clip would they have shown for his Best Actor nomination? The one where he takes verbal abuse from Carey Mulligan, or the one where he gives a heartfelt audition only to be told, “I don’t see a lot of money in this”?

Inside Llewyn Davis, Grand Prix-winner at last year’s Cannes film festival and the Coens’ 16th, isn’t a film audiences want. Like with A Serious Man, it seems the Coens made Inside Llewyn Davis with no one viewer in mind. I can’t imagine anyone outside of colleagues, for whom a new Coen brothers film and this kind of artistry actually means something, enjoying Inside Llewyn Davis. There’s too much cruelty and accuracy in its truths. But I think everyone should see it anyway, even if it is probably the Coens’ least accessible work to date. Getting people to sit through it is the difficult part, but they should – it’s a film tailor-made for a hopelessly aspirational generation.