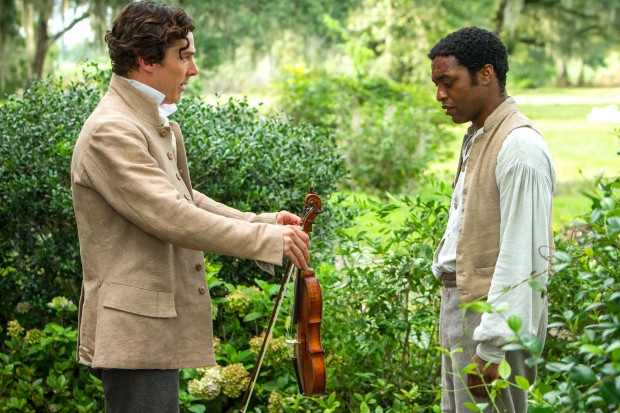 We ask whether Steve McQueen’s film would’ve worked better as a document of Solomon Northup’s life after slavery.

12 Years a Slave was great. More accessible than director Steve McQueen’s earlier work, the film still retained that sensual, claustrophobic directorial style that made Shame and Hunger such critical successes. It also propelled hard-working character actor Chiwetel Ejiofor into the spotlight with a proper, star-making role, something I’d have liked to have seen happen a good five years ago. The film was was tense, moving, heartbreaking and I left the theatre feeling suitably depressed and white-guilty.

There was something a little manufactured, even exploitative about the misery

As impressed as I was with the film, though, I couldn’t help but feel deceived. There was just something a little manufactured about the misery, something a bit unrelenting and cruel, even exploitative, about it. Now don’t get me wrong, slavery was, like, really bad and shit, but 12 Years a Slave seemed to just tick off all of the codes and images and bloody mimesis that we, as a ‘civilised’, post-colonial culture, still like to flagellate ourselves over today.

Its success is founded on a mutually beneficial contract for both director and audience, but one that I feel ends up doing both parties a disservice. McQueen gets to make a film that explores an awful chapter in human history and we get to watch it and cleanse ourselves in the comfy hot springs of our own guilt. Lucrative, yes; culturally or socially useful, I’m not so sure. See, by spending two-and-a-half hours having all the things we feared about slavery visually confirmed for us, we’re exonerating ourselves but not learning anything. This runs counter to what I imagine (I hope) McQueen was attempting to achieve with his brutal film.

Mining the rich seam of white guilt for money was not, I suspect, McQueen’s goal, but by concentrating on protagonist Solomon Northup’s incarceration as a slave, rather than his struggles as a free black man in slavery-era America, I fear that’s what the film has been reduced to. We know the slave narrative – we know it back to front. It haunts our collective social nightmares. We know it so well, I doubt there’s really anything left to learn about it and Northup’s life both before and after his abduction are just as remarkable and possibly more culturally valuable than the circumstances surrounding his 12 years as a slave.

By concentrating on Solomon Northup’s incarceration as a slave, 12 Years a Slave mines the rich seam of white guilt for money

Northup was, even before taking his captors to court, a remarkably public figure at a time when black people were economically and legally subjugated into social invisibility. Northup became well known in the state of New York, where he resided for the first 32 years of his life, both as a cook and violinist, his talents for both in high demand. This runs counter to our slavery myth; Northup was a modest success and a well-known figure in the various communities in which he lived. As the son of a freed slave, Northup had never experienced slavery firsthand either, but Northup’s role in his communities was always as a servant of sorts.

To what extent could Northup’s success have been attributed to his race and the ease at which his white contemporaries might have been able to see him as an entertainer, or rather, an entertainment? None of these questions are answered in 12 Years a Slave, or even hinted at; Northup is depicted as living an almost idyllic existence before his kidnapping. Sure, the kidnapping itself implies Northup’s precarious position within this society, but it’s the struggles he faced once freed that really illustrate the social and bureaucratic obstacles constructed arbitrarily for black people in slavery-era America.

Attempting to sue his kidnappers and slavers, Northup met tremendous judicial restriction; many of the men were residing in states that made it illegal for black people to testify against whites. Eventually Northup gave in – not a single person complicit in his kidnapping was held accountable for their crimes. Northup’s attempts at seeing reparations for his kidnapping and brutalisation saw him finally ostracised by the society he had once been a tentative member of.

12 Years a Slave was a brutal film, but it brought with it the reassurance that we, the West, don’t do that sort of stuff any more

My suggestion is this: rather than rehashing an unambiguously evil act of barbarism, let’s explore Northup’s legacy as a man who lived and worked in a society that hated him. He was a walking anathema, and his life encountered roadblocks that may still uncomfortably reflect how our civilised, modern society still treats people who pose social, political or philosophical problems today. But that would be uncomfortable, and uncomfortable films don’t get meat in the room. Yes, 12 Years a Slave was a brutal film, but it was a brutality that brought with it the reassurance that we, the West, don’t do that sort of stuff any more. But the struggles that Northup experienced while he was living among us, well they might just hit a little too close to home.

All images: Entertainment One