The Brit-com: A salute to slightly rubbish comedies 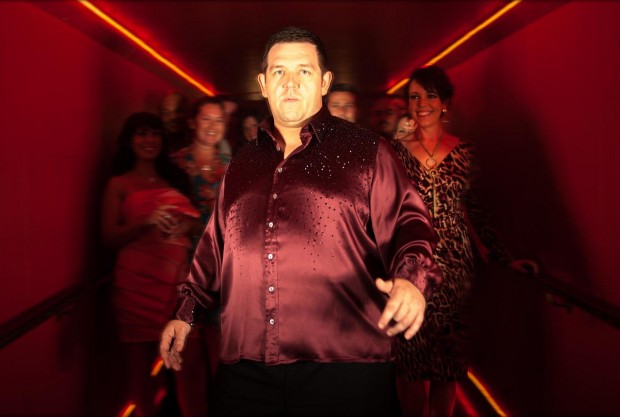 Stephen Fry once outlined the difference between British and American comedy, describing the American comic hero as a “wise-cracker who is above his material and who is above the idiots around him,” whereas British comic heroes are “people who want life to be better and whom life craps on from a terrible height.” Though Steve-o is not entirely right in his analysis of American comedy (Louis C.K. is an arguable exception), there is a great deal of truth in the ‘failure’ of British comedy figures. David Brent. Basil Fawlty. Captain Mainwaring. We revel in disappointment, we celebrate our own rubbishness – it’s just part of the trudging splendour of being British.

We revel in disappointment, we celebrate our own rubbishness – it’s just part of the trudging splendour of being British

This is not only true of television: When we think of the classic British comedy movies, rarely are the leads quick-witted, sharp-tongued zinger dispensers. Look at The Full Monty, Shaun of the Dead, Four Weddings and a Funeral – our champions are unshapely, trampled underfoot, bumbling buffoons, and that’s the way we like ‘em. Inevitably they defeat whatever obstacle they’ve been pitted against: overcoming a lifelong fear of exotic produce to defeat the village fête coconut shy, thus winning the heart of the vicar’s buxom daughter. But that’s just the way it is. It’s what we won a war for.

A great example of this is Cuban Fury (which we saw last week in a press screening). Starring Nick Frost, the film concerns a man who was a talented salsa dancer in his youth, but who abandoned it after his passion for dancing earned him a beating. However, he decides to take it up again after discovering that his attractive American boss, Rashida Jones, is also a salsa dancer. He learns how to dance again, enters a competition, yadda yadda yadda. Sounds formulaic? You bet your Pythagorass it is.

Nick Frost’s Bruce typifies the Brit-com lead character: awkward, shy, not conventionally attractive, possessing yet repressing talent to avoid the barbs of his peers, instead choosing a life of relative mediocrity. He is the true everyman, much like Nick Frost himself; an ordinary bloke who gave acting a whirl at the request of a friend and suddenly finds himself leading a motion picture. He is one of those people that everyone seems to like, or at least not dislike, making him perfectly suited to this kind of role. This may be damning with faint praise however, as, dancing aside, there isn’t a whole lot to this role. Much like the rest of the cast and film at large, there’s nothing new or terribly interesting to see.

For a film so inundated with clichés and paint-by-numbers plotting, I went with Cuban Fury body and soul

And yet I smiled, chuckled and bloody nearly applauded during Cuban Fury. For a film so inundated with clichés, two-dimensional characters (Rashida Jones could have been replaced with a dancing marionette, frankly) and paint-by-numbers plotting, I went with Cuban Fury body and soul. But why? The film isn’t terribly funny, apart from a few choice lines from Kayvan Novak’s character (“Go back to the leisure centre, bitches!” will stay with me to the grave). You could map out the plot on the back of a fag packet just by looking at the poster, so why, for all of its glaringly obvious faults, did I still go with Cuban Fury?

The reason is the same reason we like films like Chalet Girl, Angus, Thongs and Perfect Snogging and most of Richard Curtis’s post-1994 output. All right, maybe you don’t actively like them, but you’d be hard pressed to say you hate them. You can hate Jack and Jill, Grown Ups, That’s My Boy – actually, pretty much all of Adam Sandler’s recent abhorrent efforts. Because those films aren’t just bad, they’re horrible. They have meanness and grotesqueness at their centre that makes it impossible to forgive their flaws.

Brit-coms are different. They are well-meaning, of good intention and honourable character. Of course there are exceptions – it takes a braver man than most to defend Run For Your Wife, but on the whole Brit-coms have their heart in the right place. They’re a bit rubbish, yes, but they know it and we love them for it. Everyone knows a Brit-com (some of us are a Brit-com); the awkward one that tries to be funny and doesn’t quite pull it off, but really they just want to be liked. Who can blame them for that?

Our comedy films, like our comedy heroes, are flat-footed, good-natured triers with a few rough edges and missing parts

Our comedy films are our comedy heroes: flat-footed, good-natured triers with a few rough edges and missing parts but whose presence you enjoy being in. That is not to say that all British comedies are rubbish; Withnail & I, Life of Brian and In The Loop, to name but three, stand as some of the best and funniest works ever produced by any nation. The strength and legacy of our humour defines us as a people, but so does our tenacity, our self-awareness and our celebration of failure.

So here’s to you, Brit-com. May your slightly rubbish reign last forever.