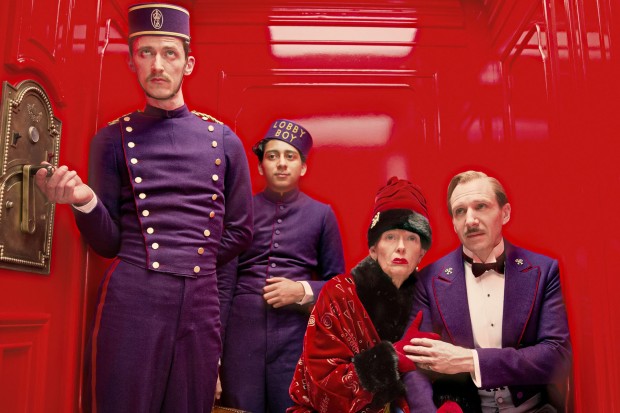 Our man in Berlin gives his early reaction to Wes Anderson’s The Grand Budapest Hotel.

One impractical but wonderful way of escaping the tube strike this week is to visit Berlin and hop on a super-efficient U-Bahn train to one of the plethora of  films screening at the 64th Berlin International Film Festival, one of the first major festivals of the annual circuit. Bill Murray and Tilda Swinton were on the red carpet as the festival opened its doors and hordes of journalists and industry types packed into conference centres and hotels to plan their individual strategies. Having a strategy matters, because this is a huge festival with a bewildering number of films and market activity. It may not have the glamour of Cannes or Venice, but it’s important and, like Berlin itself, inclusive to all.

The Berlinale’s origins as a propaganda machine for the western forces occupying West Berlin after the Cold War are a distant memory today, as the festival welcomes a truly global programme, from George Clooney’s Monuments Men and Wes Anderson’s The Grand Budapest Hotel, to art-house cinema from all over the world. Anderson’s film is in competition, together with the new film from Richard Linklater, Boyhood, which was filmed sporadically over 12 years.

The cinema dailies have inevitably mentioned the tragic death of Philip Seymour Hoffman, whose film Ezekiel Moss will no longer be presented to foreign buyers in Berlin.

I will be reporting periodically from the festival with gut reactions and thoughts on notable screenings I have attended and any passing industry gossip I happen to stumble upon.

“The plot thickens. Why? Is it a soup metaphor?” Ralph Fiennes’s hotel concierge, arch-fop and seducer of vulnerable elderly women, wonders during a lull in Wes Anderson’s charmingly absurdist Grand Budapest Hotel. Set in a fictitious European state just before the war, the star-filled cast, including a hysterically vampiric Willem Dafoe, have a great time stirring the thick soup, which consists of labyrinthine stories within stories all connected to the hotel and the mysterious death of the wealthy Madame D (Tilda Swinton, who joked at the press conference that she wants younger parts).

It’s not all whimsy, and there’s even a hint of seriousness towards the end of Grand Budapest, when war looms and Anderson’s  gaudy colours are drained from the screen. Fiennes has the best lines and much of the fun is propelled by a score of giddy balalaikas. Perhaps not about to win Berlin’s Golden Bear, but a great choice for the opening night of the festival.