Hollywood’s next big fad should be realism 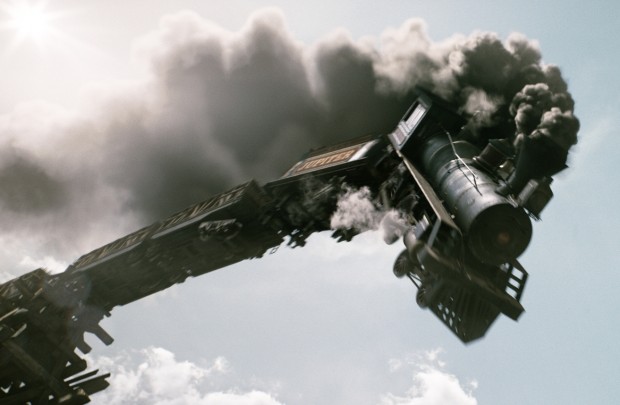 Could Hollywood’s over-reliance on CGI be the reason for audience disinterest and a recent spate of mega-flops?

There was a time when a movie stunt would amaze and surprise people. For example, there are endless, possibly apocryphal reports of people being terrified during screenings of early motion pictures. The stories go that audience members worried that a steam train coming towards them was actually about to burst out through the screen and run them over. Let’s, for the sake of balance, assume this is exaggeration, but it basically means: people thought it looked incredibly, convincingly real.

When CGI came along, it made things like space a territory that could be more convincingly explored than a bloke with some painted plastic stuck to his head being called an alien. Originally, this amazing realism made audiences marvel at how brilliant it was. It allowed filmmakers to imagine anything they wanted and shove it up on screen. A sheep running away from a spaceship that’s crashing into a Bentley? Yep, that’s doable. A giant battle between two alien fleets? Why not. And so on.

However, in the same way that anything is a bad thing in the wrong portions – try eating 30 kilos of broccoli and say it helps you lose weight – giving a director the keys to the ultimate film production supercar has its drawbacks. Suddenly everything had crashing, banging explosions and flames licking burnt out cars, as a computer-programmed army of fake beings ran towards the camera. Audiences are now bored of CGI. You don’t think, “wow,” when you see an action sequence anymore. We’ve now seen shit blowing up so much that it’s no longer a novelty. Not for much longer will it be a good way of drawing audiences in.

This is ultimately an issue of CGI: our brains are smart enough to know what is real and what is not. We can see when actors are walking in front of a background that has been digitally applied in post-production. We know when an actor is just standing and shielding himself from fake flames. Digital trickery is good, but as a be-all and end-all, it isn’t going to cut it for much longer. When it becomes so easy to make realistic(ish) explosions, it is no longer original; every time you see a helicopter spin round and crash into a tank, you realise you’ve seen this sort of thing before and don’t get the “ooh, ahh” firework reaction.

The audience is becoming the guy that sets off fireworks everyday, not finding the bang, sparkle, crackle and pop even noteworthy any more. Films need to up their game. They need clever plots, snappy dialogue and great visuals that are realistic. Nowadays, the best way to make a car chase interesting and suspenseful is probably to go back to the old way of doing it: film the real thing. People aren’t bowled over by special effects anymore; soon it’ll just be a waste of time, effort, money and computers.

The real problem will be in the transition away from overloading on the computer-generated scenery. It’s a cosy blanket of relative ease, as you lose the entire gargantuan logistical nightmare that is trying to film on location. Just a one minute scene in a park is a headache to produce, but if Hollywood studios want to make a lasting film that will not quickly date they’ll have to work through the pain of producing a film without computer trickery. Directors and producers are going to have to start making films with great narratives and action set pieces that feel connected to the movie. If they don’t, they will find their films no longer standing out from the crowd.

Studios can’t keep blowing millions on something we’ve all seen before. It will quickly stop being profitable, a la 47 Ronin

In a competitive marketplace where you have a short time to make your impact, blending in is the last thing you want. If studios want to make good profits over the long term, not a quick buck, they can’t keep blowing millions on something we’ve all seen before. It will quickly stop being profitable, a la 47 Ronin. So soon we should start getting films with stronger plots and characters, rather than computer-based action that mindlessly drones on for two hours. If that doesn’t happen, then Hollywood cinema may find that TV and the internet have finally nipped all of its audience.