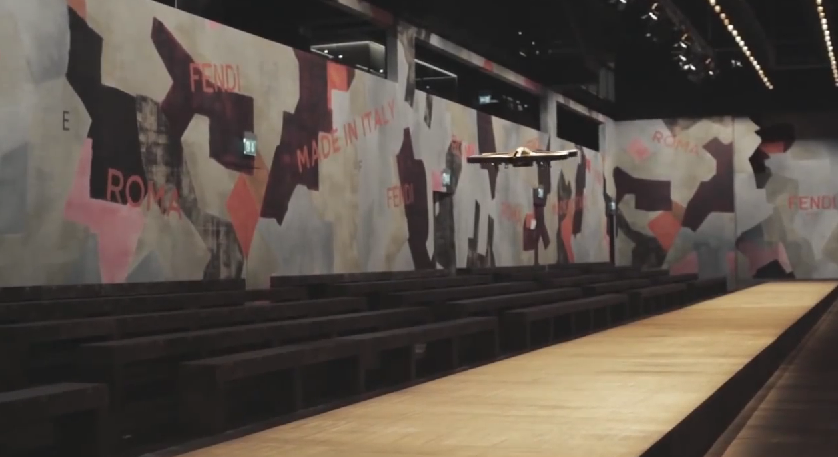 No ticket to fashion week? No problem

Although my fashion week was spent hiding from essay deadlines in my hometown, it didn’t mean that I missed the London fashion week’s shows. I watched the likes of Burberry Prorsum live and in a better seat than Anna Wintour, not only due to the stella camera work, but because I was sitting comfortably in my pyjamas. Thanks to the fashion elite keeping their fingers on the technological pulse, we need not go without it: fashion has never been more accessible.

Many shows are streamed live or appear online in full shortly after the last model has left the catwalk, and it’s a safe bet that the watching crowd are sharing everything from their smartphones. Giles Deacon turned this idea on its  head of lusciously coiffured hair by sending Cara Delevingne down his catwalk, iPhone in hand, filming herself and the audience for her Instagram account. Although the videos look like your average low quality selfie, they’re a first for fashion – no one’s ever filmed from the catwalk before. Even Fendi, who at Milan Fashion Week, sent drones – yeh, actual drones like the army uses – to film the show from every imaginable angle.

Outside the catwalks too, famous fashion-people and those aspiring to be them, pose to have their outfits pinned, blogged and shared around the world. One only needs to look at bloggers such as Tavi Gevinson, Susie Bubble and Bryanboy, to see how regular people have shot to fame this way in recent years. By making a whole career out of their personal style opinions and blogging, the endless stream of street style blogs mean it’s now possible to garner the attention of the fashion world before you’re even being invited to the live shows. Great, right? ‘Nuh-uh’, say a few.

Suzy Menkes  is one notable critic of this trend. She wrote an article called The Circus of Fashion for the New York Times, in which she argued that people are now “dressing for attention”, and complained that “the celebrity circus of people who are just famous for being famous” is ruining fashion week for the invited elite. Menkes seems to believe that it’s no longer about style, but spectacle: “There is a genuine difference between the stylish and the showoffs.” I agree there’s a difference between having a rad take on the trends and wearing a dress because it’ll get the most retweets, but I disagree with the what Menkes went on to say. “If fashion is for everyone, is it fashion? The answer goes far beyond the collections, and relates to the speed of fast fashion. There is no longer a time gap between when a small segment of fashion-conscious people pick up a trend and when it is all over the sidewalks.” I beg to differ Suzy – the instantaneous accessibility of fashion today is making it a million times more exciting. She claims it makes for fast fashion, but if the public have trend reports straight away there’s more time to mould a personal opinion on what’s in, rather than having to wait for Topshop’s knock off copies. As for showing off? Look at Anna Dello Russo, who Menkes mentions in her article. To me she sums up the fun in fashion: ridiculous looking, but also kind of fabulous. I see bloggers as a force for good in the fashion world, the epitome of our do-it-yourself generation.

Leandra Medine, aka The Man Repeller, explains why blogging is taking over. “Traditional fashion jobs are far and few between. Maybe Menkes just doesn’t get it, which is fine. She doesn’t have to. Many of us couldn’t land the jobs we wanted, so we just made our own.” Medine gets what’s so intriguing about the ‘show-offs’ – they’re regular people dressing to impress. Menkes seems to long for an untouchable fashion elite, reminiscing on how: “We were once described as ‘black crows’ — us fashion folk gathered outside an abandoned, crumbling downtown building in a uniform of Comme des Garçons or Yohji Yamamoto.”

Does anyone else still want that? Because to me it sounds pretty damn boring. I’d rather see a 100 anonymous babes looking good in the street than watch fashionistas eat their tails, recycling looks they deem worthy of their exclusive group. Cara D’s stunt with the iPhone reflects the world we live in right now – for good or bad you can’t deny we’re all connected at all times to share our lives and fashion choices with millions online. And it’s just faaabulous darling.