Voodoo Blues: For those who like their dinner served with something a little extra 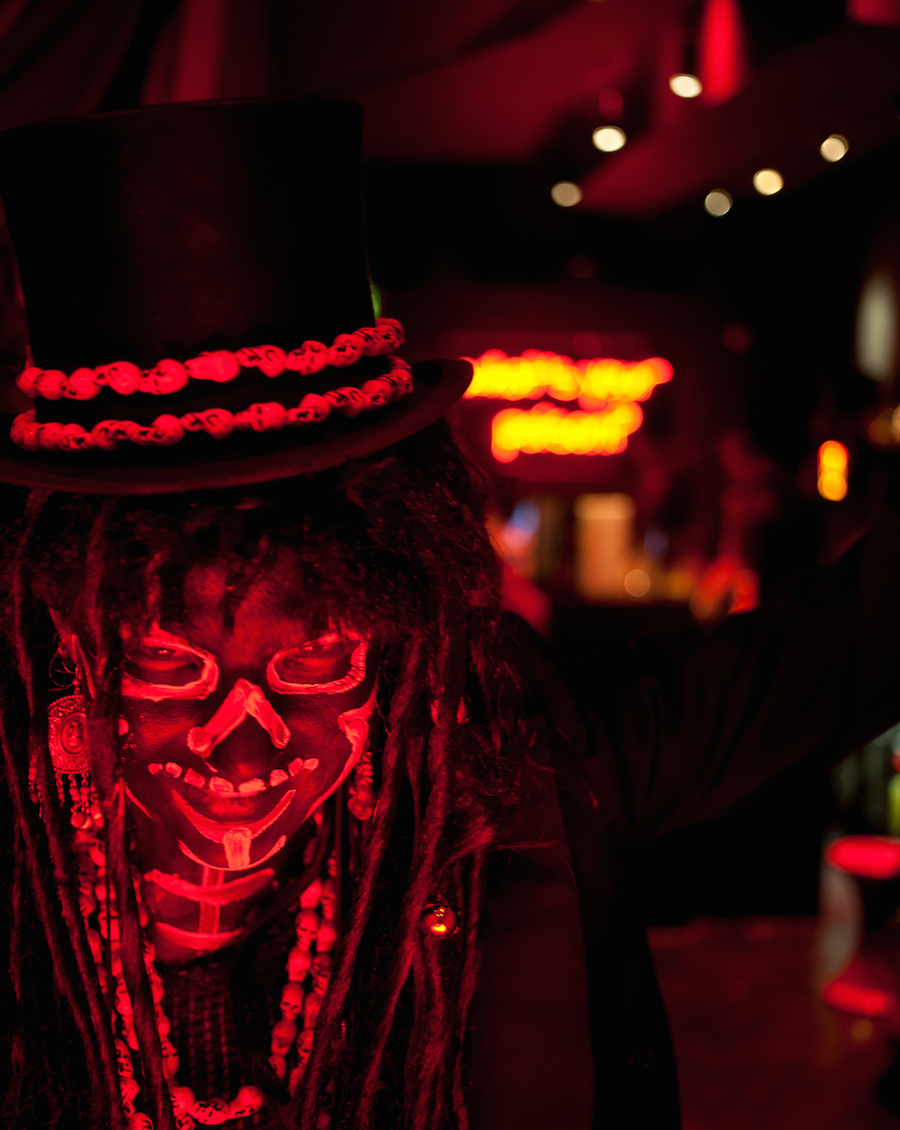 And by that we mean dancing, drinking and some nudity

Attending the Wandering Chef’s most recent pop up which is being hosted at Roxx Club, you would be forgiven for pretty much being inebriated from start to finish. In fact I have a creeping suspicion that this was positively encouraged. Drink sponsor Amathus Drinks provided two super strong cocktails to start and there was also the offer of drinking the Rebel Yell Bourbon straight – accompanied by a pickle juice chaser – as soon as you entered the door. We then sat down for the seven-course meal, the food following in the theme of the whole evening, which given the New Orleans-inspired name Voodoo Blues. I mean, the burgers came out stuck into a woven voodoo doll, and there were dishes called things like: ‘Papa’s Pork Rinds with Cured Cucumber’ and ‘Mama’s Creole Crab Sauce’, which should give you an idea of what I’m talking about. Accompanying this southern soul food was some dinner entertainment. And by that, I mean the aforementioned, slightly underdressed woman. Having removed the majority of her clothes she then headed downstairs where she served us doughnuts and a melted chocolate dip, which I proceeded to shove into my mouth in a distinctly I-don’t-usually-get-invited-to-these-things fashion.

So if you too want to drink pickle juice and meet the Voodoo Queen you best get yourself to Roxx next Friday.

Tickets are £55 which gets you dinner, a cocktail by Amathus Drinks, club entry for the after party and entertainment. You can buy your tickets here at The Wandering Chef Website