What the croc: Can the infamous footwear ever be fashionable? 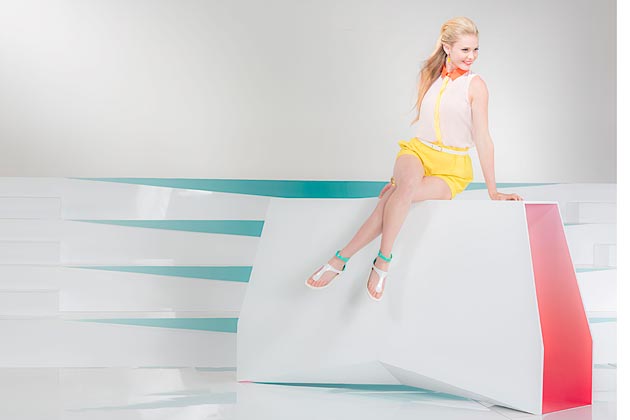 They have just launched an ‘upmarket’ collection – but can they ever shake their dodgy reputation?

Hold onto your hats ladies and gentleman the day you’ve been waiting for has finally arrived. Crocs are launching an upmarket collection, including mules, wedges and heels, which will all be sold under the Stefano Furiani Collection name. Insert tumbleweed imagery rolling across the desert and a slow, lonely clap.

I know what you’re thinking, the words ‘upmarket’ and Crocs aren’t usually two words you would put together. It’s confusing, oxymoronic, and in simple terms: just plain wrong. So what of this new collection, which has even been given a stylish Italian title – named after the research and development director for Crocs Italy, no less.

The designers’ attempts at creating a fashionable shoe have resulted in a pair of heels that look like they were originally peep toe (not so bad) but somebody panicked a minute before production and stuck a plaster over the hole (very bad). Other interesting designs include a pair of pumps that appear to have been inspired by pandas and a pair of wedged boots that are passable at best. Furiano says that he created the collection: “using mixed material in unexpected ways,”  ac which sounds interesting enough. However for a company that brands themselves on comfortable footwear, the scarily patent plastic that forms the collection looks like the kind that will blister you into next week. The kind of shoe your mother warns you about. The line won’t actually be released until May 2014, as Crocs are somewhat hush-hush about releasing all of their designs early. Instead they have released a campaign image, as you can see above. The image shows a young, beautiful woman in a highly questionable gown, matched with golden cuffs and a very odd pink plastic necklace. The image raises two questions in my mind. Firstly, would this woman, who has clearly made some effort to create a ‘stylish’ outfit really go and buy a pair of shoes as ugly as that? Would this woman really go out and buy a pair of heeled Crocs?

It’s almost as if even Crocs aren’t really sure about these new shoes either, seeing as they are not releasing the line in their own stores. They are using a few US outlet stores and will also be sharing these delights worldwide through Zappos.com. So rather than risk facing humiliation at home, they are getting into disguise and selling them through a third party – that way they don’t have to physically hear people laughing at the shoes. Let’s face it, you can’t imagine Anna Wintour picking up a pair and calling them summer 2014’s must haves.

Crocs are wonderful at selling their strangely lumpy shoes to nurses, gardeners and children. They are not however, wonderful at designing stylish shoes. The company have already made their billions because they found their niche in the market. You have got to respect a brand that can produce god-awful ugly shoes and still make that kind of money. But by trying to squeeze their way into an already saturated market it begins to look like they are taking us for fools.

Come on now Crocs: stick to the foam clogs, and leave the high heels to someone who knows what they’re doing.