Groin Gazing: Vice have got a hard-on for fashion 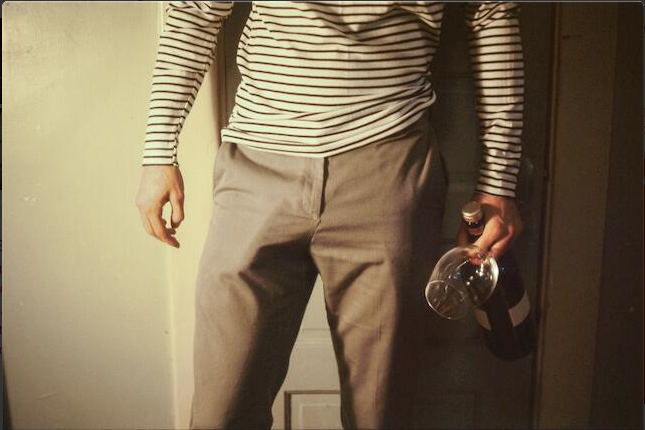 Last month, Vice posted a fashion spread called Groin Gazing by Claire Milbrath with styling by Mila Franovic. To put it politely, the focus of the images is on the groin area of the male models with most of the lower and upper body cut out of the shots. To put it bluntly, it is a collection of erect dicks concealed by clothes. Shocking, right? Cocks are as mythical as unicorns in the media, let alone hard ones!

Women across the internet are wetting their knickers at the sight of these implied boners mainly because it’s a novelty, and who can blame them? Women’s naked body parts are strewn across the fashion world indiscriminately, staring down at us from bus stops and filling our magazines. For a fashion shoot to be aimed directly at the sexual desires and visual stimulation of women is a rarity. Women are often portrayed as sexual objects, presented for the enjoyment of men. To see a man portrayed as a passive sexual object rather than a subject exercising his own sexuality is what really stands up and commands attention here (excuse the pun).

The models bodies are objectified not only through the exclusion of their heads from the images but also the use of the archetypes that label each picture. ‘The Handyman’, ‘The Boyfriend’ and ‘The Businessman’ are just a few of the fantasy personas depicted through the aid of clothes and props. Personally, seeing a disembodied groin with a stiffy doesn’t get me all hot and bothered. The full package of a whole human body, with face included, is far sexier than a lack-lustre schlong on its own. However sexual desire comes in all shapes and sizes and can’t be generalised or collectively defined, as much as the media may try.

However, I can’t help but feel a tit-for-tat attitude of ‘hey guys – if you get to perve on women’s bodies all the time then we want to perve on yours too!’ is a bit backwards. We can’t operate a campaign for equality between genders using an eye for an eye ethos – although if we keep flapping all these nipples and dicks about then I’m pretty sure someone is going to have their eye out. Wouldn’t it be more productive, albeit less popular and edgy, to aim for both men and women to be seen as more than mere lumps of flesh and reproductive organs?

Unlike the recent article by Jezebel, my questioning doesn’t end at ‘why aren’t we catering to female sexuality in the media?’  What I want to know is why it is necessary to objectify men or women, sexually or otherwise, to try and sell clothes and other inanimate objects? I was under the assumption that clothes are mainly used to cover your modesty and keep you warm. Fashion should be fun. What a handbag or pair of jeans has to do with a woman’s bare arse or a bloke’s lob-on is beyond me. As a stand-alone piece of protest art, I think ‘groin gazing’ highlights wonderfully how absurd it is to try and sell clothes using an image of a man’s crotch even though images of women’s body parts are regularly used to sell fashion. It’s cheeky, it’s bold and it’s guaranteed to get a rise out of people. But it’s also important that these fashion dick pics are kept within context. Yes, it’s a great piece of social commentary but by simply reversing the objectying gaze of fashion, Vice aren’t helping the issue, they’re merely adding to it.