An imaginary trip to the Karl Lagerfeld Hotel 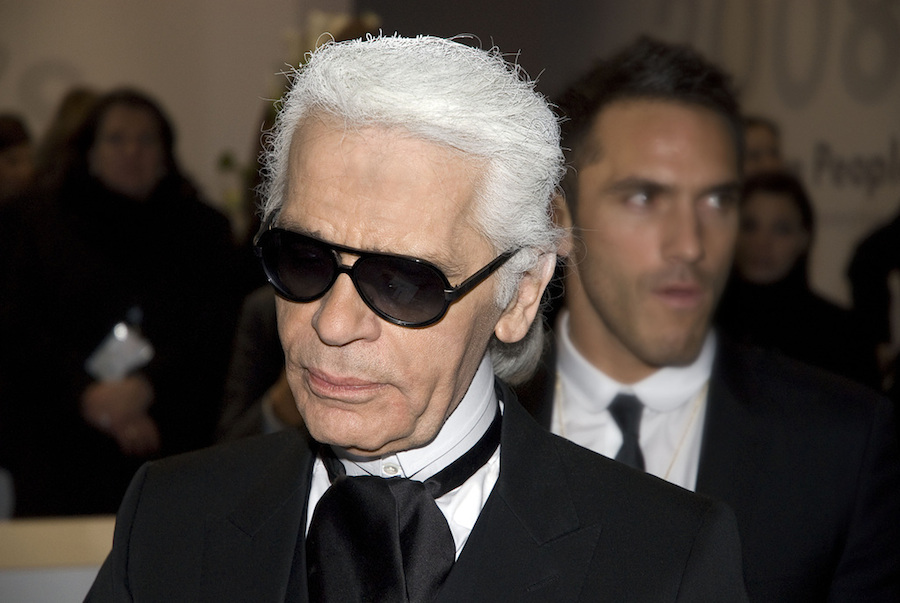 I was very intrigued when I heard the news last month that Karl Lagerfeld would be designing a hotel. Yes, Karl Lagerfeld – the man that makes fashion editors go weak at the knees. The man who created some of the world’s most expensive teddy bears which just so happened to be exact replicas of himself. That very man.

Although I am pretty much certain that I will never get the chance to walk through the gilded doors of this establishment, this has not stopped me from wondering just what it is going to be like inside. So without further ado ladies and gentlemen, welcome to the Karl Lagerfeld Hotel – as imagine by me.

A 20-storey tower can mean only one thing. Glass. And lots of it. You see, Karl once said that “vanity is the healthiest thing in life” so expect the entire building to be like a replica of the Shard, only better. Every outside wall will be perfectly polished to ensure maximum reflection potential. Inside, the walls, ceilings and doors will be mirrored. It’ll be like staying in one of those mirror mazes with no way out.

But why would you want to escape when you’ve worked so hard to get here? Come on. You don’t think you’ll be able to walk in looking like that, do you? A trip to the Karl Lagerfeld Hotel will require some serious effort. Think impeccable bodies and beautiful faces. Karl is notoriously not a fan of curvy women so don’t even bother trying to book a room unless you’re willing to lose a few stone. Maybe the Kaiser will be kind and hold diet classes so you can look great on the outside while feeling miserable on the inside. What do feelings matter when you have your appearance to worry about?

But don’t start panicking if you feel you’re not up to scratch. There’s no need to book that facial surgery re-haul just yet. “Life is not a beauty contest, some [ugly people] are great,” Karl commented once, so perhaps he’s not as harsh as he seems. “The worst is ugly short men. Women can be short, but for men it is impossible. It is something that they will not forgive in life – they are mean and they want to kill you.” Oh wait, maybe he is exactly as we thought. However, it might be that this fine establishment will let a quota of ugly people in. When booking, be prepared to send pictures of yourself along with your measurements to ensure you fit the weight and appearance requirements. And if you don’t, you’d better have a great personality to make up for it. Mr Lagerfeld detests boring people.

So if you’re a short ugly man, forget it. The Karl Lagerfeld Hotel isn’t for you. “But how do I know if I’m short and ugly?!” I hear you cry. Well, if you dread going out for big lads’ nights because all the girls tower over you, then you’re probably not the tallest ladder in B&Q. And if your Tinder profile is full of group photos because you secretly hope that girls will confuse you with your hotter mate… You get the picture. And if you’re still stuck, never fear, Karl is here. Casually walk up to him and see if he recoils away in horror at the mere sight of you. There’s your answer.

Once you’ve got your appearance down pat, time for packing. This has always been one of the hardest parts of travelling, but sorting out your suitcase for Karl Lagerfeld: that’s on a different level. He loves black and white so anything monochrome is guaranteed to be a winner. You won’t even necessarily have to shell out on an Oscar-worthy outfit or an off-duty model wardrobe. Get this – Karl once said: “You can be the chicest thing in the world in a T-shirt and jeans.” Even trainers will be allowed if the latest Chanel couture collection is anything to go by. Only a single item of clothing will be banned. The one thing that Karl Lagerfeld hates more than anything else… Sweatpants (that’s tracksuit bottoms to us Brits.) “Sweatpants are a sign of defeat. You lost control of your life so you bought some sweatpants,” he remarked in yet another controversial interview. So that’s that then – there’ll be no lounging around in your Year 11 sports kit.

I also imagine that all the Karl Lagerfeld hotel employees will be required to look like mini Karls. Black sunglasses, fingerless leather gloves, high-collared shirts, the lot. White ponytail wig optional. Karl would never want to forget his feline friend, Choupette, so all staff will have a pet cat to match the endless pictures of cute kitties scattered around the place. It’ll be like a crazy cat lady’s wet dream.

And we mustn’t forget the food. Actually, to put that more accurately, we should probably forget all about it. Food is for the weak. Karl Lagerfeld doesn’t eat like the rest of us – just have a flip through his 2004 book The Karl Lagerfeld Diet if you need a reminder. It advises you that hunger is necessary as “a sort of punishment,” to drink plenty of Diet Coke to stop you eating, and for the first two weeks of the regime to restrict your intake to under 900 a day. I would say that the buffet breakfast at Hotel Karl might be a slightly disappointing affair.

So there you have it – the Karl Lagerfeld Hotel in all it’s imagined glory. And if I’m even slightly close to the truth I think the place sounds bloody brilliant. See you in 2017, Macau.