10 alternative rock songs you may have forgotten 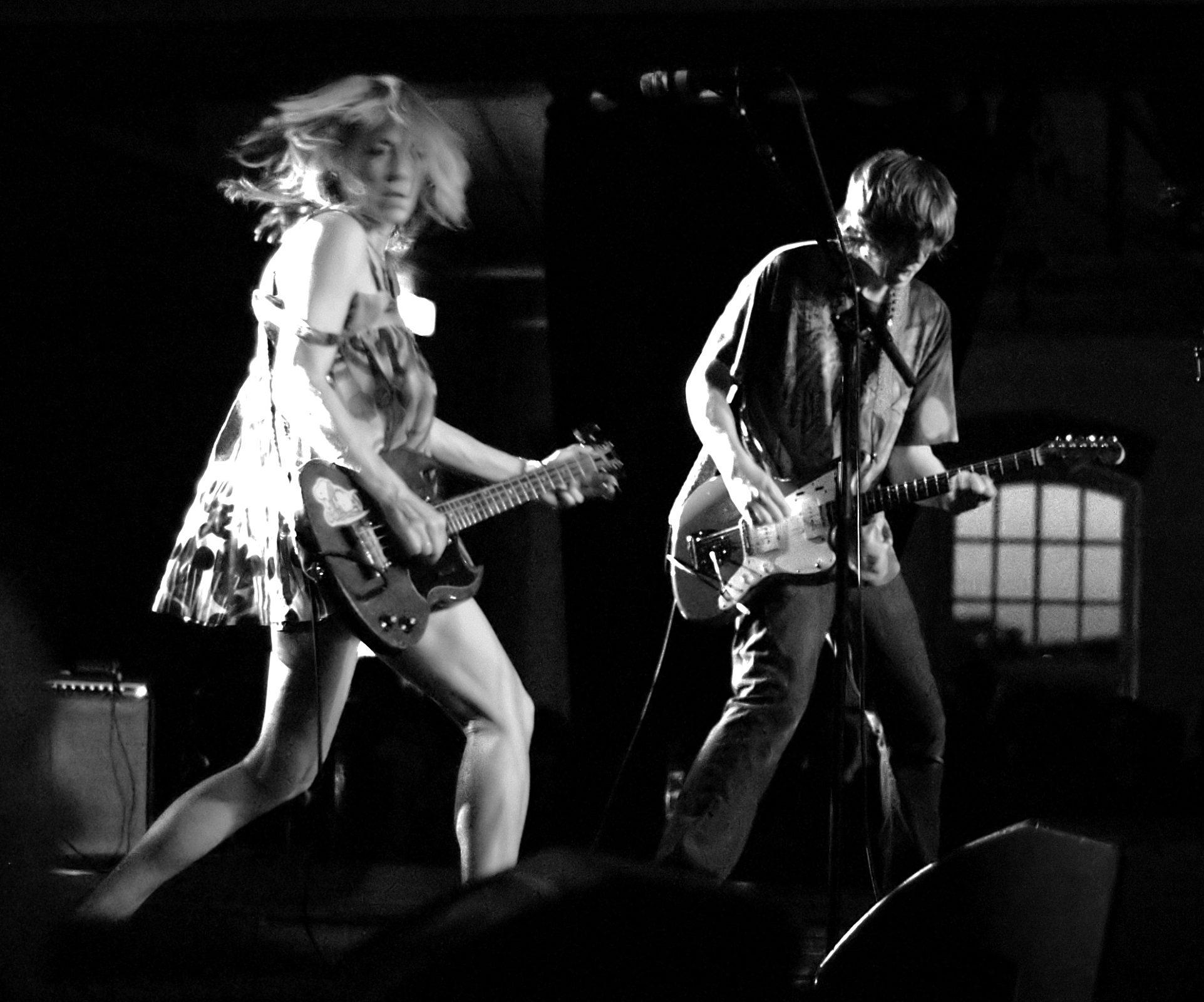 With the corporate takeover of rock n’ roll in the mid-1970s, a fresh new movement began to take place amidst the youth culture. Using the ethos and stylistic approach of punk rock, many bands began making an alternative to the radio friendly sound. From the mid-80s to the mid-90s, this alternative rock went from being an underground movement to the driving force within the music industry, eventually becoming the mainstream rock sound in its own right.

There were many pivotal points during these 10 years, some of which have almost been forgotten. This article aims to bring back some of those sounds and hopefully will have you nodding your head to sweet nostalgia.

Peaking at No. 2 in the UK indie charts back in 1985, Hüsker Dü’s Makes No Sense at Al” could single-handedly be the most important alternative rock song of all time. Releasing three albums in two years, these guys from Minnesota made a fast but effective transition from hardcore punk to alternative rock garnering respect and attention along the way. This success allowed the band to become the first of their kind to sign on a major label, with Warner Brothers snapping them up in 1986.

This switch from independent to major paved the way for bands like REM, Pixies, Soundgarden and even Nirvana to make similar moves. Makes No Sense at All may not be as widely known as Smells Like Teen Spirit, but it certainly played an important role in the alternative rock boom of the early 90s.

With the current Noise Pop and Shoegaze revivals, Scottish band The Jesus and Mary Chain are once again receiving attention for their role as originators in both styles. The emphasis seems to be on the band’s debut album Psychocandy and songs like Just Like Honey. However April Skies, from their second album Darklands, was their most successful UK single, peaking at No. 8 in the Top 40.

The song has aged slightly over the years, sounding very 80s and very epic, and lacking the unique lo-fi production of Psychocandy. It does remain an enjoyable tune and represents the impact independent rock was having at the time.

Before the little Icelandic fairy everyone today knows as Björk became an international superstar through her unique blend of electronic art pop, she was the lead singer of alternative rock outfit The Sugarcubes. Their major hit single Birthday reached number two in the UK indie charts in 1987.

A softer form of post-punk, The Sugarcube’s Birthday is an arty and catchy song that showcases the amazing vocal talents of Björk and really does foretell her future musical direction. Birthday is a truly forgotten gem that deserves to be in everyone’s music collection.

Appearing on the band’s second major label album Bossanova, Velouria was one of their most successful singles, charting highly in both the US and UK. The song is rarely played or mentioned today, being second to some of the band’s other songs like Monkey Gone to Heaven, Here Comes Your Man or the ever popular Where Is My Mind?. Velouria does step away from the Pixies lo-fi and edgy production displayed across their breakthrough album Doolittle, feeling almost like a dream pop reinvention of their sound, as if elements of Cocteau Twins and co had managed to creep their way into the Pixies sound.

It’s easy to see why the song seems to be somewhat left out today – it’s not their most catchy or interesting material, but it does have a nice vibe and the excellent melodic hooks that have become part of the band’s template sound. Velouria’s main problem most likely lies in the fact that it is too mellow to fully rock out to, but too heavy to be outright contemplative.

When people talk about grunge, Stone Temple Pilots are rarely a name I hear crop up. They were one of the first alternative rock bands of the time to see their debut album, Core, released by a major label, with most bands making the transition from indie to major after proving their worth. The album’s main single “Plush” was a immediate hit with the ever growing fanbase, winning both the MTV Video Music Award for best new artist and the Grammy Award for best hard rock performance. The song also charted highly across the English speaking world.

You would be excused in your mistook Plush for a Pearl Jam song. It has the same kind of mood and feel as the Seattle legends. Scott Weiland’s vocals are also very similar to those of Pearl Jam’s Eddie Vedder. Plush marked alternative rock’s full blown arrival in the mainstream. The song is extremely polished, cleanly produced and feels like it was made with a lot of money. It’s a far cry from the lo-fi approach of alternative rock’s early days. Fun fact, The Stone Temple Pilots are still performing today with Linkin Park’s Chester Bennington filling in on vocals.

Not many bands produce such hauntingly beautiful music as Mazzy Star. The psychedelic blend of dream pop with elements of Americana really does creep under your skin. With the band’s reunion last year, I expected more of a buzz, but their new album seemed to escape attention with people queuing up for copies of My Bloody Valentine and Daft Punk instead.

Fade Into You is the band’s most successful single – a song that perfectly reflects their sound and style. The psychedelic undertones, slide guitar and Hope Sandoval’s crystal clear vocals blend with amazing chemistry, whilst the piano melodies echo Lou Reed’s Perfect Day. The song’s importance is not be seen through awards and multi-platinum worthy sales, but instead in its influence on today’s music and the whole dream pop revival. From Warpaint to Widowspeak, Mazzy Star’s sound lives on.

Australian Grunge outfit Silverchair had an immediate rise to fame in 1994. Signed to Sony Records, their debut album Frogstomp had the push needed to propel their music throughout the world. A lot like Stone Temple Pilots, Silverchair were immediately backed with money and had a sound that was also very in line with that of Pearl Jam, but with a hint of Alice in Chains.

Frogstomp’s first single Tomorrow reached No. 1 in Australia, New Zealand, Canada and the United States going multiplatinum from the offshoot. Unfortunately for the band, who were all only 15 years old when Tomorrow was released, their success soon spiralled into drug addiction and even saw frontman Daniel Johns suffer from an eating disorder. Their second album, Freak Show, did reasonably well, but the band lost touch and never really managed to recapture the magic of their glorious debut.

Courtney Love and her band Hole rose to success with their second album, Live Through This. An album rumoured to have been partly written by Kurt Cobain, it was a compilation of hard hitting alternative rock sounds with all the venom of the New York hardcore punk scene of the early 80s.

Among all this edgy, gritty rock, their lay a mellow track Doll Parts which incidentally became the album’s highest charting single. The light strumming of the guitar chords fuses pristinely with Love’s vocals, which develop from melancholy into anger over the course of the song. Doll Parts also has a deep meaning that still rings so very true today, dealing with the objectification of women and the idea they refrain themselves from the pleasures of life to meet the ideals set upon them by society.

British grunge band Bush and their iconic frontman Gavin Rosdale, who later married Gwen Stefani, always had more success on the other side of the Atlantic. Their debut single Everything Zen peaked at No. 5 in the US charts. Bush and their music marked the evolution of grunge into post-grunge, a genre with the same aesthetics but with a more commercial and radio friendly approach. It cemented the moment alternative rock stopped being the alternative to became the norm.

The post-grunge genre would later spawn names such as Dave Grohl’s Foo Fighters and the ‘widely appreciated’ Nickelback and Puddle of Mudd. Everything Zen’s sound felt a lot more closer to the alternative roots, but there is a sense of holding back, with crisper guitar distortion and reined in screams.

Although Marilyn Manson’s debut single didn’t achieve any chart success, Get Your Gunn announced a new strain of musician unto the world. Produced by Nine Inch Nail’s Trent Reznor, Manson’s debut album Portrait of an American Family took the grunge sound and twisted it into a dark cacophony of industrial infused noise.

Manson soon became a controversial point of discussion across the world. His Satanic, fuck you attitude became the main concern for Christian parents and school teachers. Over time Manson may have somewhat become a parody of himself, torn apart by the media, accused of things he never did (we all remember Columbine), but he also played a huge part in creating the new alternative to alternative rock, with the alternative metal and nu metal scenes looming ahead.