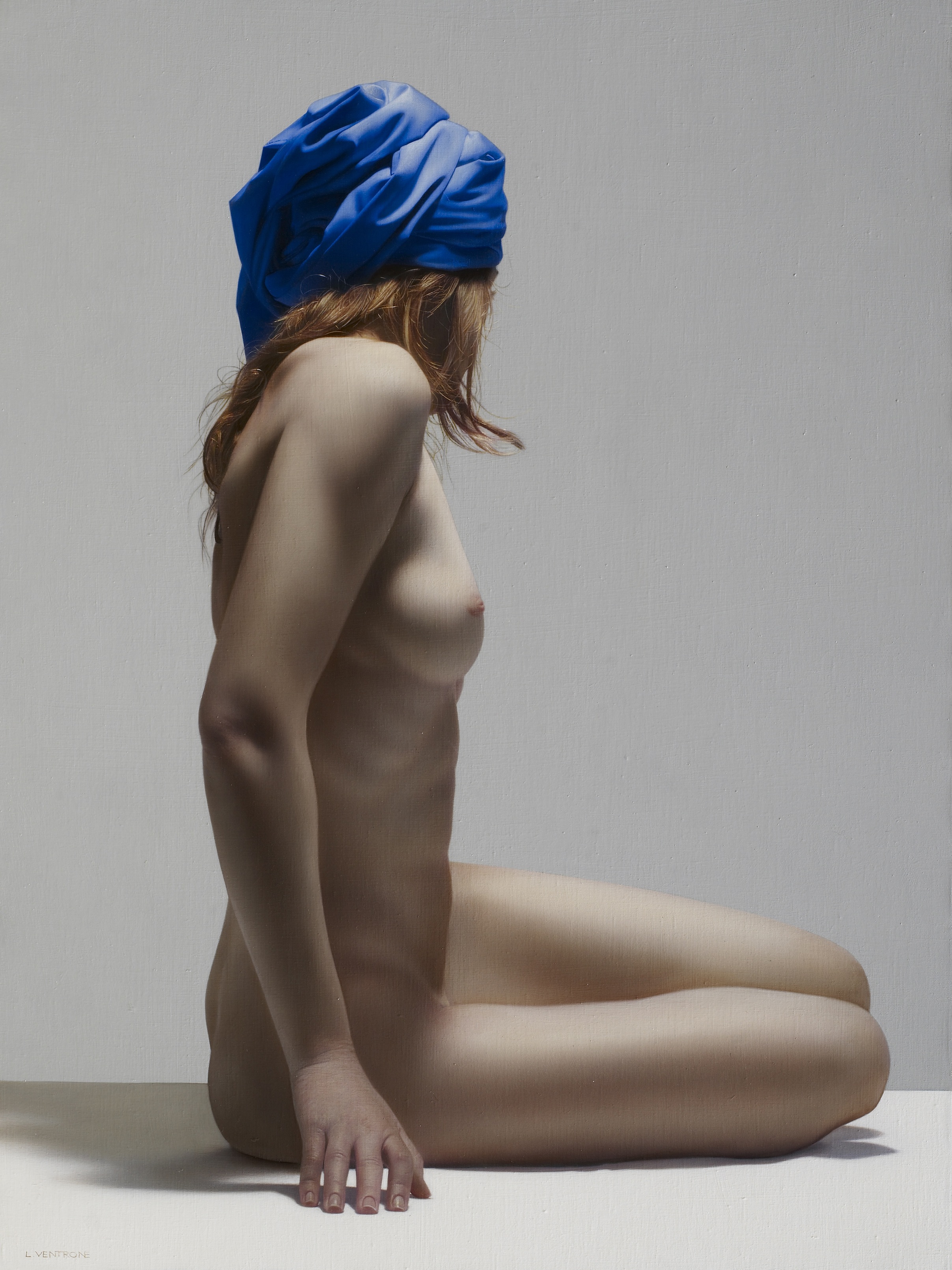 Luciano Ventrone is considered one of the leading advocates of his genre, and it’s not hard to see why. His paintings are so visually captivating that it’s easy to lost 10 minutes just looking at one piece and not even realise. Hyperrealism refers to the genre of painting where it appears to be a high resolution photo – but although Ventrone’s work might look like one at first glance, it soon becomes obvious that the paintings are more real, detailed and three dimensional than a mere photo. The precision that is injected onto each canvas makes our eyes feel like we are looking through an HD magnifying glass, picking up on every hair, blemish or fleck of light. Having created paintings of water, fruit, glass and nudes, Ventrone shows he can capture moisture, texture and movement like no other.

Art historian and critic, Edward Lucie-Smith points out that his paintings “have an almost overwhelming solidity and physical presence, to the point where the nearest shapes seem ready to break through the front plane of the canvas”. Ventrone’s work deserves to be seen and appreciated in person – but in the mean time, peruse through our gallery of images and see for yourself.

With thanks to the Albemarle Gallery in London. Read more about Luciano Ventrone here.