Saint hoax – War Drags You Out 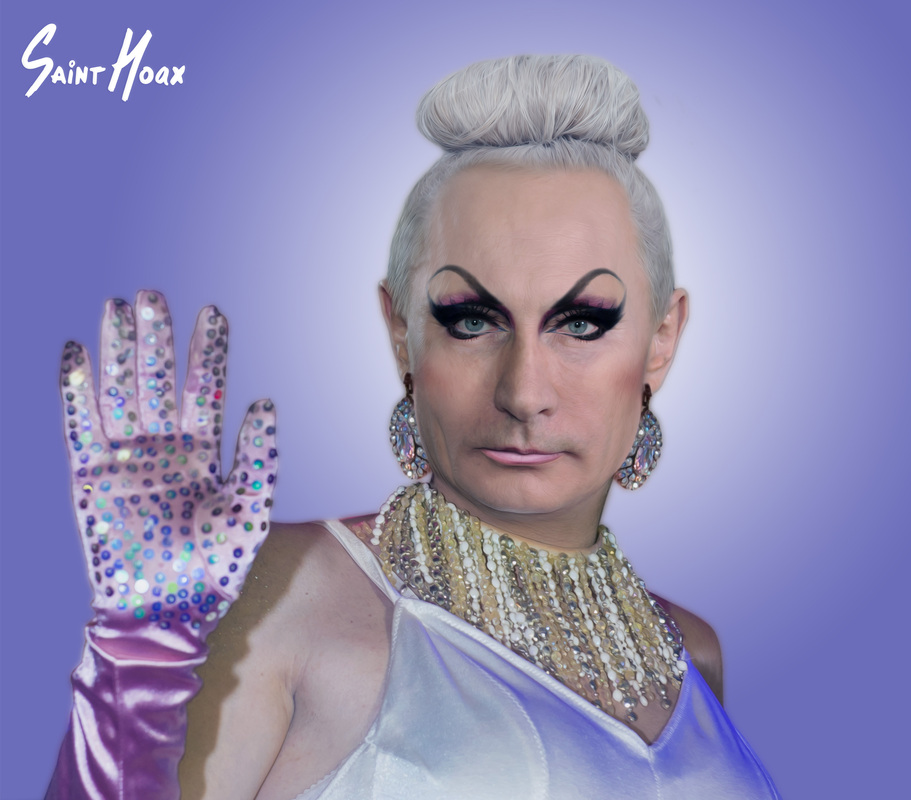 In a political critique with a cutting comical tone, artist Saint Hoax has created a series of short animated gifs, which transform international political leaders into elaborately dressed-up drag queens.

After attending a drag show for the first time, I was struck by the richness of this glamour oriented culture.
I took a minute to actually look at the faux queens and deconstruct their main components.

The recipe for an iconic queen:
1- Flamboyant name
2- Fierce persona
3- Defining outfits
4- Personalized hairdo
5- A trademark feature
6- One hell of a PR team

I then realized that it takes that same exact effort to make a leader.
A rush of images containing Hitler’s mustache, Bin laden’s headgear, Obama’s campaigns, Saddam’s narcissism crossed through my mind. It got me thinking that behind every “great” man, there’s a queen.

Like drag queens, political/religious leaders are expected to entertain, perform and occasionally lip-sync a public speech.
But unlike drag queens, the fame hungry leaders don’t know when to take their costumes off.