Remixes that were better than the originals 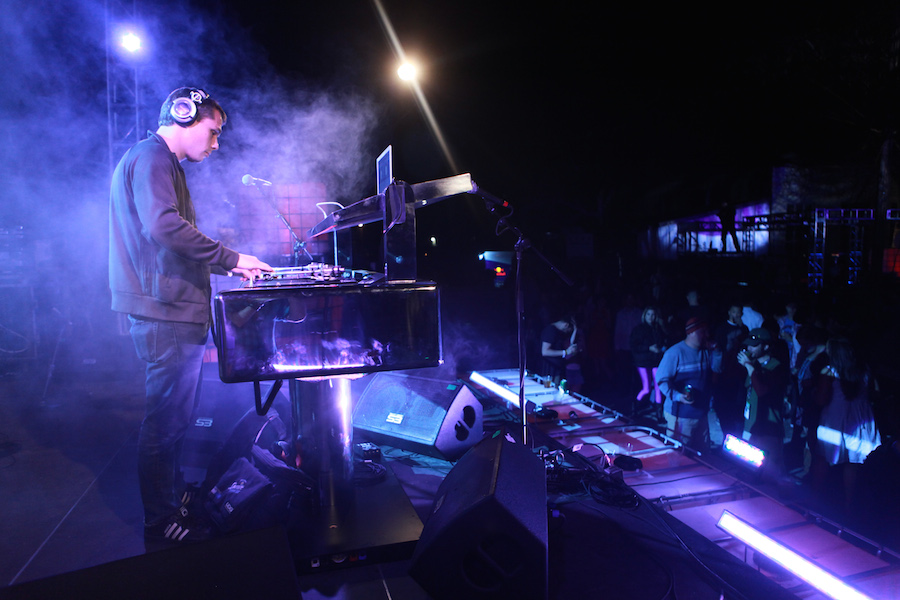 Since the 19th century when recorded sound first began, perpetual human dissatisfaction has meant that we’ve consistently attempted to rearrange and alter music to give it a fresh sound. With the likes of SoundCloud and YouTube now allowing anybody with a dodgy copy of FL Studio to give it a go, millions of remixes have surfaced – ranging from the professional to the amateurish – and occasionally, something amazing happens.

In no particular order, here are 10 remixes that, in my humble opinion, are better than the originals.

Perhaps one of the most recognisable mixes of the 20th century, this song took the original (which reached No. 60 in the charts) to No. 1. It left in place the overall Cornershop sound, but with a distinctive Fatboy Slim twang of experimental sampling and eccentricity. The reason why this is such a good remix is that it didn’t taint it – just introduced it to a different genre. It’s Cook-inspired Cornershop, and not the other way around.

The Scarborough-Fair-influenced melody to this song was reinvented by Kinobe, who turned the minute-long interlude into a track which is nearly five minutes long. This was clever, as the initial ‘remix’ of the traditional English ballad by The Stone Roses led the over 300 year-old song down a more explicitly eerie, surreal path. Kinobe then augmented it, throwing some psychedelic, electronic features into the mix. Simon & Garfunkel (who covered Scarborough Fair in the late 60s) and The Stone Roses (with Elizabeth My Dear) demonstrated their musical prowess by taking this song and remoulding it so that it imprints in our minds for a further 25 years. All of which was exaggerated and helped by the modernisation of Kinobe’s remix.

The mix of Freshlyground’s I’d Like took South African Afro-fusion to a completely new place. Or, to be more specific, north-west. The dubstep orientated duo Mt Eden are from New Zealand, but their remix retitled Sierra Leone gained huge popularity in the Western world as the genre of dubstep picked up towards the end of the noughties. Again, this mix ‘polished’ the original with technology, adding drums and bass to widen the appeal of an amazing Great-Gig-in-the-Sky-esque vocal.

Sun is Shining – Smoke Out Remix

I heard the remix of this song before the original (don’t judge me). Although the unedited version has become a reggae vintage, the Smoke Out remix definitely adds something to the instrumental. Now tailored to a more modern generation, it feels almost poetic that dubstep has gone full-circle, returning to the reggae roots which would be the precursor to dub music. A hazy, feel-good summertime blur, this remix revived a brilliant original in its confidence to experiment with the classics.

Like Brimful of Asha, the original by Kid Cudi is an almost catatonic slow-motion progression through simple and repetitive lyrics and instrumentals, making it almost dreamlike. Featured in the film Project X, however, this had to be livened up somewhat, and Aoki did it justice. With over 30 million views on YouTube, this version has proved to be incredibly popular and memorable so it’s no wonder it quickly became a party anthem. Aoki’s on-stage personality made him perfect for this adolescent, hedonistic house-party of a song, and the MGMT and Rattatat influences from the original give the song an undertone of optimistic euphoria similar to the Sun is Shining mix, something which helped to determine its success.

Easily recognisable after the first few notes, the Flux Pavilion remix became one of the most famous dubstep remixes of the start of this decade. To date, the UKF dubstep upload of the remix has almost 10 million more hits than the DJ Fresh original, which can perhaps be explained by the surge in interest in heavy, novel and exciting dubstep around the period. Whilst the unedited version had subtle background essences of that unmistakable bouncy ‘wuuuuub’, Flux Pav went all out, boldly introducing the world to a new form of a familiar sound.

I wish this could have been the Gold Dust of the trap genre. Like how dubstep has apparently been around since the 90s, trap music has apparently been around since 2000, but a new movement in 2012 rekindled the genre that reached me by autumn 2013. Personally, I feel this captures everything that modern trap should be about – everything is much more hyperbolic, but done with care and taste. Reimagining the party scene yet again, the Animals remix is a synecdoche for how trap as a genre delivered a no-half-measures approach to the music that would become iconic for 2012-2013.

THE BASS. OH MY, THE BASS. AWOLNATION’s original was a phenomenal combination of alternative rock, electronic rock, punk blues, trip hop and blues rock, but to really test how far the song could be pulled in different directions, DJ Slink threw in a trappy bassline that, with good headphones, is like a series of unexpected nuclear detonations that you can only react to in a series of very British “Blaaaady heeeel’s”. Explosive and dynamic, this remix really makes the most of the altered vocals, adding a siren-like honk to culminate towards each devastating drop.

One of the original 12” mixes of the 1983 FGTH classic, this mix started with an air-raid siren. It also added morbid sampling from the public information film Casualties and generally made the song a bit more ‘bomb threats and angry Russians’. All in all, the Cold War had a great soundtrack – the Stones, the Beatles, Jefferson Airplane, Hendrix… it was up to music like this to remind everyone of how awful it actually was, and this mix certainly encapsulates that.

The best selling 12” single of all time, it takes a lot to top New Order’s Blue Monday, but the 2009 remix by Vandalism delivers. The defining throbbing synth bass line and simplistic electronic elements have helped provide a variety of effective and catchy remixes, but the Vandalism version maintains that overall apathetic, deadpan tone through the vocals and repetition. At the same time it revises the instrumentals and sound effects enough to galvanise it with a new club-focused attitude, referring back to its disco inspiration.