When loves songs go wrong: The creepiest odes to romance 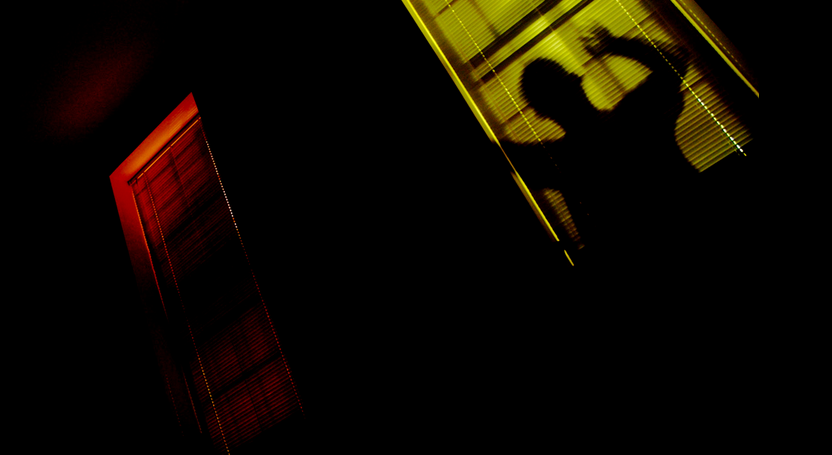 Love songs have been around for hundreds of years so one would think that the human race would of by now been able to master the act of expressing love in a musical fashion, without sound like absolute weirdos.

But it seems that evolution doesn’t happen naturally to all, the result of which is a collection of supposed ‘love’ songs that are really anything but. Rather than emanating feelings of romance – conjuring up images of kittens and roses and petals – they instead come across as confessions of obsessive stalkers and violent abusers. So what shall we call this worrying trend, when the worrying words loom over the expressions of love? Well that’s what we call unintentionally creepy love songs.

Love the Way You Lie  – Rihanna and Eminem

We’re all familiar with the saying that love hurts, but is all that pain really necessary?

“Just gonna stand there and watch me burn, but that’s alright because I like the way it hurts…”

Obviously he is a sadist and she’s a masochist, but as long as it’s consensual, it can still work.

“Just gonna stand there and hear me cry, But that’s alright because I love the way you lie.”

That’s just messed up. In case of any doubts in regard to how violent these lyrics sound like, take it from Eminem, who states that:

“As long as the wrong feels right it’s like I’m in flight”, as he admits: “I laid hands on her, I’ll never stoop so low again I guess I don’t know my own strength.”

At the end he finally concludes:

“I know I’m a liar, If she ever tries to fucking leave again,  Im’a tie her to the bed and set this house on fire.”

Truly a wonderful expression of love!

In the reality of human relationships, there’s a long way from loving to criminally obsessive.

“Even when you’re home, You won’t pick up your phone, And take my call, When I see you on the street, You stare down at your feet, You wont talk at all,”

it’s obvious that there is some unrequited love situation going on.

A couple of verses later on, we realise that this is no ordinary sad love story:

“But you’ll never stop me from loving you, It doesn’t really matter what you put me through.”

Then the stalker factor intensifies even more:

“When I know that you’re alone, I wander to your home, And catch a glimpse or two.“

Imagine hearing these words from your lover:

“And no matter what you do, I’ll never let you get away.”

Been Around the World – Lisa Stansfield

This love song is about someone who regrets doing something bad to their lover, and although we can’t be clear what exactly went down, we can be sure of one thing: that this woman is not going to give up easily:

“I don’t know where my baby is, But I’ll find him, somewhere, somehow, I’ve got to let him know how much I care, I’ll never give up looking for my baby.”

Could it be that her baby doesn’t want to be found? Because she did:

I wonder why she’d think that.

“We had a quarrel and I let myself go, I said so many things, things he didn’t know, And I was oh oh so bad.”

How bad exactly? Is her baby gone because she hid it in the freezer, cut in parts?

Don’t You Want Me – Human League

This love song is one of those that doesn’t sound creepy at all, that is until we give the lyrics a close reading:

“You were working as a waitress in a cocktail bar, When I met you. I picked you out, I shook you up, And turned you around, (…) someone new.”

We can already sense some manipulative tendencies.

“Now five years later on you’ve got the world at your feet, Success has been so easy for you.”

Yes off course, because success without him is simply unthinkable.

“But don’t forget it’s me who put you where you are now, And I can put you back down too.”

Now it begins to sound creepy.

“Don’t you want me? You know I can’t believe it, When I hear that you won’t see me.”

I think she’s made it clear so far, and there’s nothing he can do to stop her. Or wait, is there:

“You’d better change it back or we will both be sorry.”

This is definitely a threat. I’d start battening down the hatches and arming up.

“Hey little girl is your daddy home, Did he go away and leave you all alone, I got a bad desire.”

Oh dear. Little girl? Daddy? It sounds like he should have informed the neighbours about his criminal history.

“Tell me now baby is he good to you, Can he do to you the things that I do.”

At this point, any further explanation will only make it worse.

“At night I wake up with the sheets soaking wet, And a freight train running through the, Middle of my head.”

I would say that’s his conscience speaking, but judging by the rest of this song I don’t think he’s actually got one.

In the Closet – Michael Jackson

It all begins innocently enough:

“I cannot contain myself, When in your presence.”

To all those who’ve ever felt infatuated by someone this sentiment rings true. However, the next lyrics then suggest that this might just be a completely different kind of ‘love’ song…:

As if he’s already making excuses…

It’s doubtful whether she’s supposed to be looking forward to how special she makes him:

Just promise me, whatever we say, Whatever we do to each other, For now we take a vow to just, Keep it in the closet.”

Is it because the authorities would consider it criminal? Because I think that’s exactly what it sounds like.

This is an unconvincing song about selfless love:

“When I was very young, Nothing really mattered to me, But making myself happy, I was the only one.”

There’s something empowering about admitting one’s own faults, we’ll give her that. But she also claims to have went through an immaculate transformation:

“Now that I am grown, Everything’s changed, I’ll never be the same, Because of you.”

At least she gives the other person some credit, that’s something.

“Nothing really matters, Love is all we need.”

Such a noble sentiment…

“Everything I give you, All comes back to me.”

“You’re shelter from the storm, Give me comfort in your arms.”

Right there – I knew she was in it for something! Next time you want to express love to someone, make sure it’s not about you only.

This song has obviously been discussed many times before. I am including it just so we can have assurance, once and for all, that it is creepy as fuck.

“I hate these blurred lines, I know you want it, I hate them lines.”

Oh sure, Robin Thicko – because no one likes to hear a no.

“He don’t smack that ass and pull your hair like that.”

No, he probably doesn’t, because in real life this is not the way to treat a woman.

We get it, he’s nice, he’s just been provoked. I am less than impressed, and certainly not convinced.

I think this needs no further discussion.

“Baby can you breathe?”

Just in case he overdid it slightly.

“You’re a good girl, Can’t let it get past me, You’re far from plastic.”

Does he mean that plastic joy-doll he’s already annihilated ?

The perfect ending for a song which has been produced by a total creep who likes to solicit women on the street.

Oh God, it’s another Robin Thicke. Enrique is going in straight from the start, and I don’t like the sound of it already.

“You know my motivation, Given my reputation.”

As a rapist, perhaps?

Jesus – romance is not only dead, it’s been desecrated, spit on, and is not looking likely to return anytime soon. Depressing.