Have high street/designer collaborations had their day? 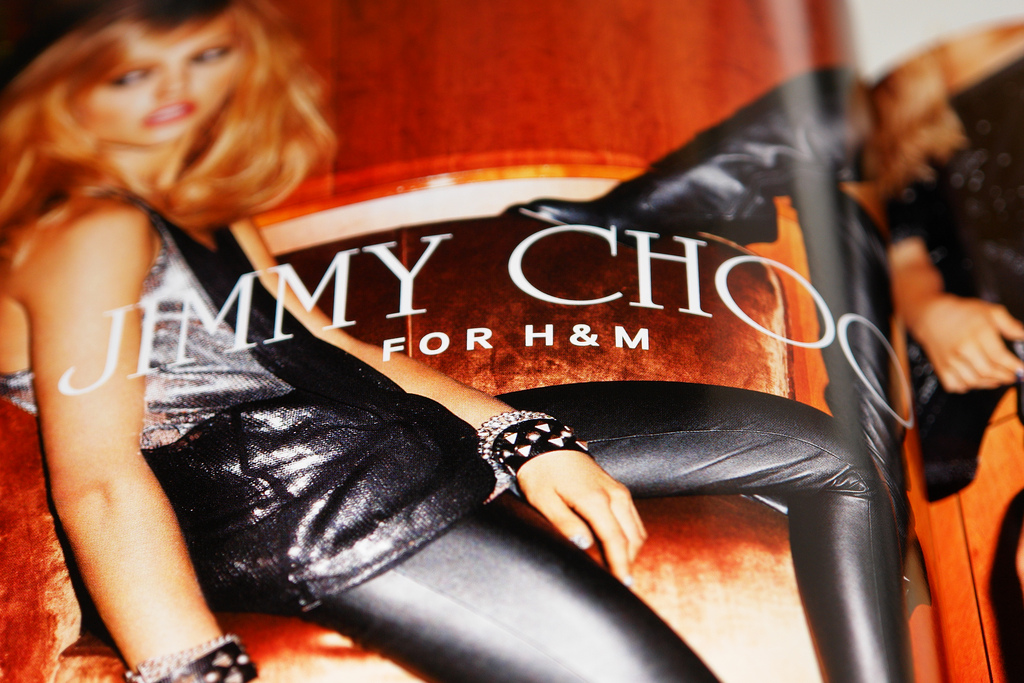 Whether you’re totally skint or a spendthrift, if you have a casual interest in fashion, you might have noticed the buzz around the likes of Peter Pilotto, Lanvin and Comme Des Garçons collaborating with high street giants.

It’s been the decade of hysteria-inducing designer/high street collaborations. Hèrmes’s range for Vans was an indisputable highpoint. Similarly, Jil Sander for UNIQLO was top of my personal most-wanted list. But other pairings warrant less praise.

Can we all agree that no one needs to see another pair of Henry Holland for Pretty Polly suspender-effect tight clad legs staggering their way out of a cheesy nightclub, invariably teamed with less-than-flattering shorts and stripper stilettos?

But the real culprit in this story is H&M. It was the Swedish chain that got us into this scrape with their persistently publicised partnerships. There was Versace-mania, panic-purchasing at Lanvin and fights at Comme.

Pumped up by the success of so many collaborations before, the retailer announced at the tail end of last year that they would be rolling out another collaboration, this time with Isabel Marant. Oh Isabel, sweet, Isabel. How the majestic have fallen. Once the domain of the chicest of women, 2013 saw this wonderful French brand sell its soul to mass-production.

Cutting back to this year, we prepare ourselves for the return of the king of the collaboration, the totalitarian overlord of the fashion industry and the man who triggered the trend of a decade of designer/high street collaborations, Karl Lagerfeld for H&M. The collection, which I anticipate will drop with an impact that would have rivalled Hiroshima, contaminating fashion fanatics and magazines within a twenty-mile vicinity of H&M shops.

I understand the premise of course – high-end styles at affordable prices. The democratisation of fashion. But, in fact, this is not great design and it’s not great quality. And even more ironically it’s still snapped up by a limited few. That leisurely elite who don’t have 9 to 5 constraints and can spend half their Wednesday morning queuing on Regent Street, or, most likely, those who evade the madness altogether and can afford to buy the collection where the majority of it ends up anyway – eBay – at a weighty mark-up, often the same price as the designer equivalents. And so the rest of us have little choice but to skim through the non-designer slim pickings served up on an average shopping day. Marvelous. But why are these unions so popular in the first place? The two greatest lures of designer clothing are quality and individuality (obviously as well as the fact that people know that the unique item you are wearing cost the same as the mortgage on a flat in Essex). High street collaborations offer neither. The collections are poor quality, no less itchy than any other mass-produced garment and considering the fact that the collaborations come with such fervent publicity they don’t even possess a guise of individuality.

So why the indomitable appeal? High street/designer collaborations are just one of the many bandwagons that we’ve all jumped on. They are the fashion equivalent of cheap Groupon meal deals at fancy restaurants – rushed, negligent and nothing like the real deal.

The almost mechanical positive reviews don’t help. Versace for H&M became the toast of the fashion town. But why? It was adorned with prints that made the Fresh Prince of Bel-Air look understated and made of electric-shock inducing fabrics – comparable to the clothing on the rails of the adjacent Primark. Those same rails that chic fashion-types look at in revulsion, strolling quickly past gripping their COS discount cards, grateful that they have access to the minimalistic designs of the higher-end high street. Yet when brandished with a ‘Versace for H&M’ label, these gaudy items instantaneously shoot up the style stakes and the fash-pack follow.

So the next time you walk down the street clad in a Donatella-esque body-con number, although some may glance at you with envy, wishing that they too had the easy elegance of you, the sartorial wunderkind, the sound of mind will think of you as that slave to fashion who queued in the cold.

Best get in line for Karl Lagerfeld for H&M 2014 then.