Why I hate dungarees 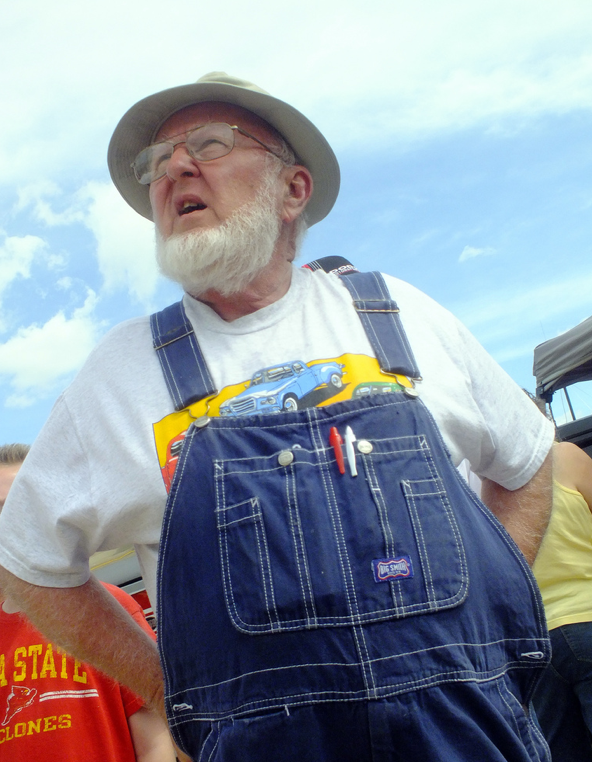 We asked two of our writers to argue over dungarees. Here’s the post for them.

I’m donning a fancy pair of red quilted dungarees, cropped just below the knee. And I must say I’m looking effortlessly cool… for a two year old. You see, it’s not my reflection I’m admiring, it’s a snap of me taken nearly 30 years ago.

I think it’s fair to say dungarees on babies and kids is acceptable, normal, even expected behaviour. But dungarees on grown women? None of these things.

As soon as the sun emerged from behind those damn clouds, I spotted more than a few culprits stepping out in children’s clothing. Last time I checked we were in the year 2014. Not the early 90s. Sadly, dungarees appear to be attempting a comeback. There is everything wrong with anyone who no longer drinks milk from a bottle or plays with dolls wearing an all-in-one as a fashion statement. You wouldn’t wear a onesie out shopping (I hope), so why wear the same thing minus the hood and sleeves?

Half the women were wearing heels. Lovely heels in fact. So why go and ruin it all by teaming them with an un-shapely piece of denim? We saw the return of double denim last year, but let me remind you of the rule. You had to pull together two different types or colours for the look to work. A single length, or sheath, of stonewash cotton is only going to get you mistaken for one of the Super Mario Brothers. Then there’s the even bigger crime of wearing dungarees to work. How will you ever be taken seriously against your chic and smartly dressed peers? Even if you’ve spent over the odds on designer dungarees, you’re going to be turning heads in that boardroom for all the wrong reasons. Please forgive me for generalising here by talking about those of us who work in an office. There are of course workplace exceptions for this particular attire. I think the Collins English Dictionary puts it best when defining the word dungaree:

‘A suit of workman’s overalls made of this material consisting of trousers with a bib attached  ⇒ a big burly fellow in dungarees, carrying a spanner.’

There you have it. If you work as a mechanic, plumber or painter, you’ve got every right to wear them. But if you don’t work in such a trade, you better steer clear, before l start singing Bob the Builder at you…

I decided to ask my other half what he’d think if I wore a pair of dungarees.

He said: “We have a balcony with a few pot plants.” I looked at him, baffled, and he added: “What I’m saying is, the only time I ever want to see you in dungarees is when we have a garden big enough for you to do the weeding.” “They make women look frumpy.”
“They make the smallest, perkiest of bums look huge.”
“They make you look like you’ve shit yourself.”

Talking of perky bottoms, Miley Cyrus, Rihanna, Alexa Chung and Pixie Lott are among the celebrities within the pro-dungaree camp. They could have chosen another of this summer’s trends, maybe the slip dress, shift blouse or full skirt. But no, they’ve opted for the apron with legs. I despair. At least they’re giving heat magazine more material for their ‘worst dressed’ pages.

So there you have it: dungarees are unflattering and unacceptable. Unless you’re wearing a nappy.