Ten music videos that will make you question your sanity 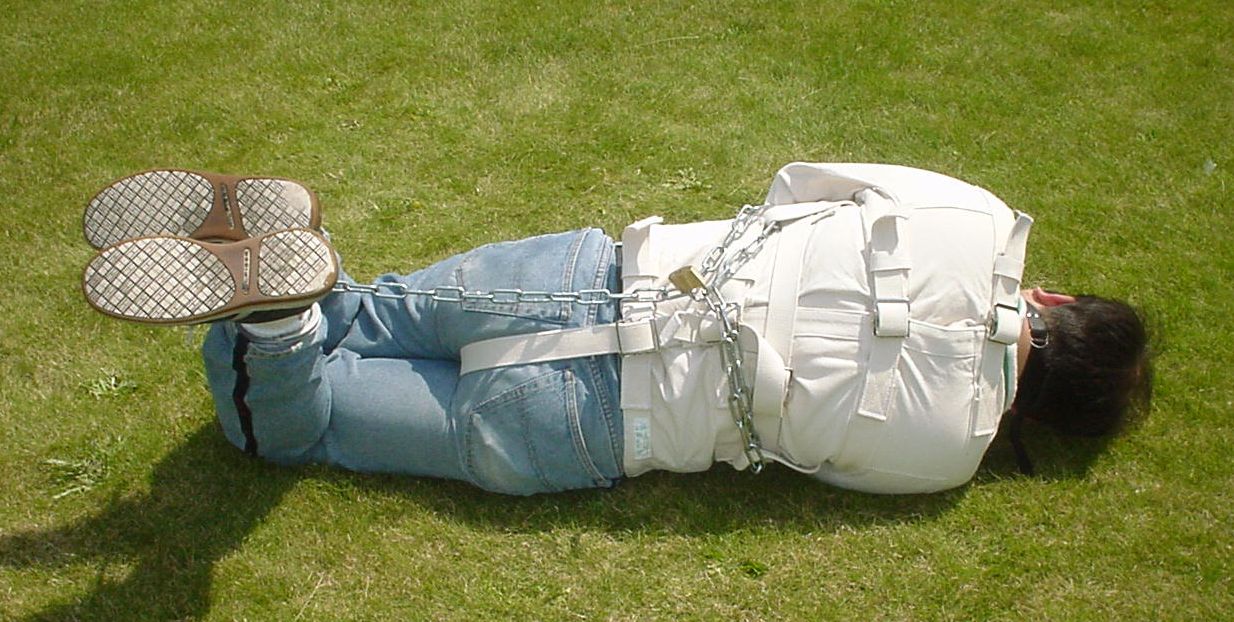 Those with a nervous disposition need not read on. It’s only downhill from here, I promise you. The research I did for this has successfully driven me insane, and I’m so sorry for exposing your innocent little minds to the content of this list. I’m a disturbed individual. However, you could be about to find your new favourite song, so you can thank me later.

This is a list that one needs to be eased into gently, so I’ll start with something a little tame. This video consists of a child-sized robot watching its own lyric vid, flanked by Daft Punk in cool suits and surrounded by an army of computer generated pyramids. The song basically expands your verb vocabulary with what is possibly the catchiest song I’ve heard all day, if not in the last two days.Or maybe it’s not catchy at all and I’m just hypnotised by the piercing eyes of the robot, which has the most enthralling eyebrow movements I’ve ever seen. But anyway, if you think this is weird, I am not viable for any psychological damage you may or may not receive by making the conscious decision to read on.

So I guess Bruno Mars and 2 Chains put their heads together and decided that ladies are underrepresented in the superhero industry. Their solution? Ass-Woman! (Arse-Girl? The Booty? Captain Cheeks?). She inflates the bottom of anyone who can’t be bothered doing squats: really a true heroine. She does this with the hosepipes that emerge from her mouth, sort of like Batman’s utility belt only not at all. Also did I mention that she’s several stories tall? If you are not ready for this jelly, I suggest skip to the next video, though be warned – you’re definitely missing out.

This video shows an idealistic reality in which one’s downstairs area (y’know, your trouser snake, your Greggs jumbo sausage, your meat missile of mass destruction) is replaced with an extra head, and I mean that literally. The video speaks for itself so I wouldn’t want to ruin it, I just wonder how on earth they filmed it.

After a trippy montage that looks like something out of the Pontin’s promotional video, a narrative starts to take shape reminiscent of a classic love story, one between a woman and a weird alien creature with a mouth spilling over with teeth and eyes like a bush baby, where they do romantic stuff like unroll toilet paper and smash mailboxes. I bet you’re feeling pretty bad about that Dairy Milk Tray you bought for Valentine’s Day now. PS – Those are its arms.

The singer in this video is the most Swedish-looking person I’ve ever seen. Yeah, just focus on that, not the hoard of phallic symbols that are thrust in your face at every opportunity. Also, if you listen hard enough you might learn a bit of whatever language this is in. Just for God’s sake, don’t watch this with your mum. However, you do have the giant wooden sculpture of Casper the friendly ghost to look forward to at the end, featuring a humungous penis that I don’t remember him having in the cartoon.

#5 Nekrogoblikon – No One Survives

If you’re not a fan of metal, you might want to mute this one. Our protagonist here is some sort of goblin that looks like the Grand High Witch, Gollum having ring withdrawal symptoms, a gremlin that ate a cheeky chicken select after midnight and Piccolo with some serious sun damage, all threw their DNA in a bowl and it just spawned a mouldy foetus (what do you mean that’s not it how it works?). The Goblin is under some serious stress at work so goes all Lindsay Lohan on us. Then his love interest gets a slap from some pretty boy, whose skin isn’t even green, so he goes a bit mental and pokes him to death. And the girl isn’t even grateful. *sigh* Women.

The only thing I can say is that this video will save you a ton of money on drugs.

Wanna feel freaked out yet at the same time rave and swear in broken English? Listen to this song. Then move to Russia. There seems to be a surplus of dwarves, which is always good, and there’s a promiscuous bear – reason alone to apply for dual citizenship at least. “We drink beer, and fuck beer” – my two favourite activities. In fact, this song’s really Putin me in a good mood…

I’ve been a total G and got you a vintage video here, which features a turtle with an old man’s head, his wife (probably) playing the drums like frickin’ Frank Zappa, a choir of ghosts (well, pensioners in sheets, so soon-to-be ghosts), and even cowboys and indians, or native Americans, whatever. There isn’t actually any singing, it’s just a remix of… I don’t even know what. Some messed up version of Oprah. Needless to say, after listening to this you’ll have the words ‘that boy needs therapy’ stuck in your head until you hear some funky Kesha song and forget all about it.

Pretty much anything by the Japanese pop sensation is enough to tip you over the edge mentally, but this video is the epitome of utter whatthefuckery. It’s like seeing into Lady Gaga’s childhood and finding it to be colourful but ultimately traumatic. The video can’t be explained: it has to be viewed. Again and again. Until your eyes bleed. And you know all the Japanese lyrics. Which I do. And the dance routine. Just watch the video.