Why you need to be tuning in to Boiler Room 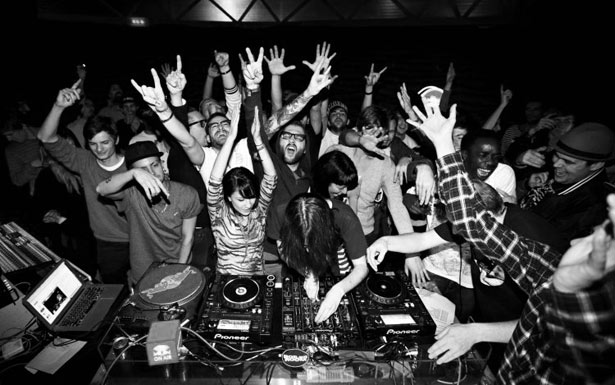 I’m not entirely sure how I heard about Boiler Room. I have a feeling I may have been accidentally privy to its inception – I did watch the very first online stream, but I can’t be too sure. What I do know is that I used to follow the online magazine Platform, and it is from this platform (ahem) that, in 2011, Blaise Bellville decided to stream Thristian Richards mixing a set live from the magazine’s offices. It was banging and I lapped it up – it was hard not to.

As a quick summation: to those in the know, Boiler Room is a musical nucleus. To those who have vaguely heard of it, it’s a pretentious, hipster squat with a guest list as closed off as Ellen Page’s nether regions to all things male. Whilst to those who’ve no idea what it is, you probably think this is the worst review of a thriller starring Giovanni Ribisi and Vin Diesel that’s ever been written.

At the very least, it is something to take note of. It is hard not to respect something that has swollen and evolved like Boiler Room has, spreading its roots from East London to as far afield as Berlin, New York, LA, and beyond. You have to give kudos to organic growth like that. And it’s not as if the project has been rammed down the throats of an unsuspecting public – the legendary guest list has put paid to that. It’s not another Propaganda situation (don’t get me started on DJ Dan). With Boiler Room, the wheat and chaff are pre-sorted. The secrecy of it all preserves the clarity and means it is never more than a coming together of innovative artists and like-minded people.

Further than this, one could suggest that its inaccessibility is the very reason people are aware of it. If you couple something brilliant with a limited availability then wanting to experience that is very human and an almost inherent by-product – just think of the queues for Prince’s recent Hit & Run gigs. In the age of social media, this faux notoriety acts as a perpetual interest-generating device that keeps the punters clamouring for more. It generates interest because it exists and it exists because of the interest it keeps generating. It is an organic and exciting way of allowing something to grow and develop its own identity.

Personally, I’m a fan of the concept as a whole, the enigmatic DIY ethic is an inspiring thing, I mean I’d jump at the chance to just hosts gigs for a couple of mates with a rosters of mega underground music stars gagging to come and play a set. However, there are many reasons to appreciate Boiler Room: the clandestine nature of it all, being able to stand right behind their favourite DJs watching them twiddle knobs as if in the presence of some kind of eldritch sonic magician, or just the fucking quality music. It just shows that it resonates on different levels.

Boiler Room is small and intense, like an ecstasy tablet but in musical form. To call it solely a ‘club night’ or a ‘radio station’ or an ‘online platform’ is to do it an injustice, it is all of these things and more. It is the sort of innovation that smacks of ‘God, why didn’t I think of that?’, the sort of innovation that evolves from the thought ‘what if my bedroom was a club?’ Boiler Room builds upon this foundation and incites direct interaction between musician and listener. It’s unachievable in the norm, where stages place acts on a pedestal and burly security guards stand like totems in vast expanse between stage and fans. In Boiler Room you can pat the artist on the back if there’s a sick drop. I was hi-fiving Blue Hawaii throughout their set during my sole jaunt into the hallowed bunker of music. It was an awesomely intimate thing to happen, because I can’t do that listening to a CD or watching them in a normal club, at least not in the moment, maybe outside the gig afterwards. It’s almost a shared kinship and appreciation: the listener thankful for the music, the musician thankful someone is listening and understanding what they are trying to do.

Then you’ve got everyone else behind their computer screens just vibing out by themselves in their room. The most depressing thing that happened to me was how I realised I was an adult: I was in Fabric for my 25th birthday and I realized it was just too fucking loud – it made me uncomfortable and it was painful. Yet Boiler Room (amongst all other sorts of Soundcloud playlists and online magazine sets) gives me the chance to be there and not be there – it’s clubbing for grown ups, I can dip in when I want and turn on iTunes if I don’t like what I hear.

And that’s the beauty of Boiler Room: whether it’s online or, if you’re lucky enough / not averse to tweeting desperately at upcoming acts (as I did), to be there in person, it’s just something great to stick in your ears. Well, that is if you’re into any kind of house or electronica music – damn, if you are, then Boiler Room will not only cater for you, it’ll educate you! It’s the finishing school for good music. And for those of you locked into the Top 40 hype? Well, I’m sure J-Beibz and K-Pez can spare your ear for an hour or two. You never know, Deep Tech House or Ambient Shoegaze might just be your thing.