The talented Mr Lagerfeld: Who is the man behind the mouth? 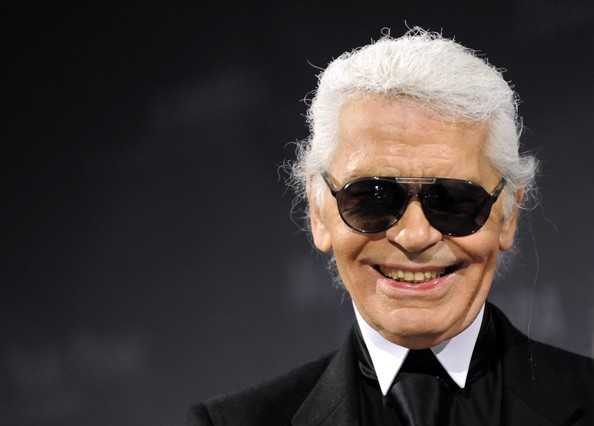 “What I hate is nasty, ugly people.” Karl Lagerfeld is a man who simultaneously fascinates and perplexes the fashion world. He is as much renowned for his controversial ‘observations’ as he is for his creative genius. He defies youth and beauty, whilst dominating an industry that makes millions from both. And yet, Lagerfeld remains immune. He’s an impenetrable brand, revealing the hypocrisy of the couture industry: in a world where character is paramount, Lagerfeld manages to verbally mutilate the reputations of others without experiencing so much as a dent in his own.

“Vanity is the healthiest thing in life”

The fashion industry is an unforgiving one. It advocates swift and severe punishment. The sorry case of the moustached and misguided John Galliano serves as evidence to that. While Lagerfeld has not said anything quite so appalling as Galliano’s anti-semitic rant, he frequently bestows scathing observations upon his unfortunate victims. Saying that Pippa Middleton should only ever be seen from behind, and criticising Adele, a Vogue cover star, for her weight are just some of his most sensationalist statements. The man is both remarkable and ridiculous.

But how have we becomes so seduced by the jester of the fashion court? He insists on concealing his age, despite evidence that he shares a birth year with that of the Third Reich. He wears a militant, monochromatic uniform more suited to Cruella Deville than male octogenarians, and has lent his image to stoic-faced teddy bears and Coca-Cola cans alike. Not to mention his insistence on wearing sunglasses at all times: does the man actually have eyes? He dominates a constantly-evolving industry with his steadfast personal style. He defies criticism with a softly-spoken logic that, try as one might, remains irrefutable. He recently cast a concealed glance upon the fur industry, saying: “In a meat-eating world, wearing leather for shoes and clothes and even handbags, the discussion of fur is childish.” To which a PETA spokesperson retaliated with: “Karl Lagerfeld is a fashion dinosaur who is as out of step as his furs are out of style.” It may be the case that the fur industry is rife with immorality and animal cruelty, and yet in this argument PETA’s arguments seems a little tired, pitifully swiping a limp-wristed paw at the indomitable fortress of Lagerfeld’s public image.

Perhaps Lagerfeld’s uncontested reign draws strength from these very attributes. The ever-changing face of fashion means it’s constantly open to critique – each new seasons sees changes and improvements on the last one. By installing himself as a rock, parting the waves of the fashion tide, Lagerfeld has become an institution that is beyond criticism, rather like the Pope… or Starbucks. Try as one might, he isn’t going anywhere.

“It would have been difficult to have an ugly daughter”, “Sweatpants are a sign of defeat. You lost control of your life, so you bought some sweatpants”, “No one wants to see curvy women.” By being so unwaveringly resolute in his opinions, Karl is either admirably courageous, or sociopathic. Or could it be that he simply dares to vocalise the thoughts others suppress, for fear of sounding shallow or vapid.

Or what about one final option. Perhaps Lagerfeld is scripting the punch line to an elaborate joke, and while the world gawps at his every word, behind those sunglasses are tears of laughter. After all, as the great man himself once said: “Everything I say is a joke. I am a joke myself.”