This is the problem with music and culture in 2014 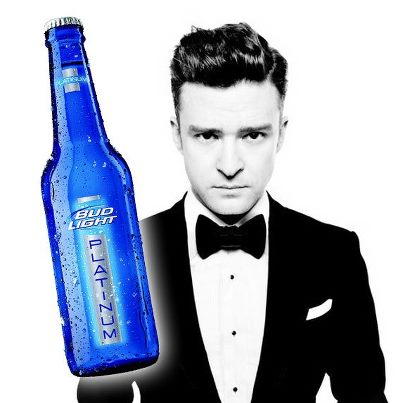 The trouble with music in 2014 is that it’s hard to tell what’s genuine and what isn’t. Too many things have a shiny exterior, yet when you peel back the surface, there’s no substance. So many things are copied-and-pasted from elsewhere, that it’s hard to tell what to believe in. Now that you mention it, that’s the trouble with modern youth culture really, but let’s just stick with music for the time being.

As long as people out there make money from musicians, this art form will forever be forsaken to a product. And when something is bought and sold, there’s always someone looking to profit from it. For many, the motivation is monetary, rather than artistic. But let’s deviate from the implications of our capitalist society for a moment, shall we? To be clear, there’s a lot of amazing and original music being made, yet for all that is good, there’s an equal (if not greater) number of artists that might as well be products — properties by which people make money (see: brands). These ‘artists’ don’t create music. They create bullshit.

Somewhere between the time when Jay Z proliferated musical entrepreneurship, and Miley Cyrus turned ‘edgy’, the difference between an artist and a brand became murkier. Call it a direct result of dwindling record sales, but the music industry discovered another way to make money: selling ‘cool’.

‘Cool’ is not a product you can grasp in your hands, though. It’s an idea. As it turns out, record industry moguls are resilient – they’ve figured out a way to monetize and replicate an image. They’ve placed the concept, ideas, and appearance of a counter-culture on a factory line, and churned it all out to create a pop star. The problem is, they forgot to include the substance. Don’t be fooled, these acts stand for nothing.

When you look at the best-selling musicians in the world today, it’s hard to find one that isn’t routinely paired with corporate advertising, selling us something with their brand attached to it. Whether it’s Justin Timberlake selling Budweiser, Robin Thicke balancing shitty speakers on naked women, or Jay Z peddling anything that can be purchased, these entities are simply money-machines. Hell, even Bob Dylan is selling Chryslers. And that’s not even the problem. What’s really disturbing is that the general public is eating it all up.

Miley Cyrus and Lady Gaga sport tattoos, dye their hair, act ‘outrageously’, and proclaim they’re doing it for the sake of their’ art’, which is all well and good, but it’d be nice if they actually created some art too. They look and act like icons of a counter-culture, but when you dig just beneath the surface, there’s nothing there. It’s a facade. People gush about Gaga’s creative genius, how she actually writes her own music (rare, nowadays), and how she has true talent… but then why is she writing songs that look like this:

Hold on, maybe this is art. Maybe there’s some metaphor or deeper meaning buried in here. No. No, actually there isn’t. It’s literally a song about clapping. And it made her hundreds of thousands of dollars.

Which brings me to our culture. We can’t sit around wondering why Taylor Swift, One Direction, and Justin Timberlake were among the best selling albums of 2013, because we’re the reason why. Those guilty pleasure listening sessions are usually reserved for the “private” setting on Spotify, but damn did those add up. Let’s face it, we’ve made the collective decision to not care anymore. Our culture rewards the superficial.

Just take a look at the way everyone is neatly presented in digital profiles on Facebook, Twitter, Instagram, Pinterest, LinkedIn, Tinder… did I miss any? These aren’t accurate representations of anyone, they’re advertisements for ourselves- brands, if you will. Brief, calculated caricatures, for a culture that’s too preoccupied to get to know someone. They’re the ‘short version’, complete with stats, bragging-rights, and a collection of pictures documenting how great our lives appear. In fact, most 20-somethings I know have online dating profiles (a Tinder still counts, sorry) because they just “can’t meet anyone”. Of course, most haven’t tried, it just seemed more convenient this way.

It’s inconvenient to spend time searching for music outside of the mainstream- it requires effort, time, and deep thought

Therein lies the problem. Right now, convenience is everything. It’s the reason why people communicate in 140 characters or less. Convenience, by nature, takes very little thought. Frankly, it’s inconvenient to spend time searching for music outside of the mainstream- it requires effort, time, and deep thought. It’s also inconvenient to do things like follow politics, and speak out against the expanding list of what’s wrong with our culture. But that’s what makes it worth it.

Take a look at the late 1960s. Groups who were counted as counter-culture were involved in protests – protest that were often fuelled by music. It was a time when the youth was united and actually held some power. But now, as long as people can have an egg sandwich delivered into their mouths at 3am, and stream porn in high definition while playing Candy Crush on the toilet… who needs anything else? There’s simply no need to get our hands dirty. So let’s keep listening to whatever records are being advertised the most, and continue reading articles like: “The Top 10 Reasons Why Mean Girls Reenacted by Cat GIFs Explains What it Feels Like to be in Your 20s.” It will all work itself out. Right?

This article was written by Nicolas White, the Editor-in-Chief at Rukkus.com