Uncool Britannia: Can pop culture save the UK? 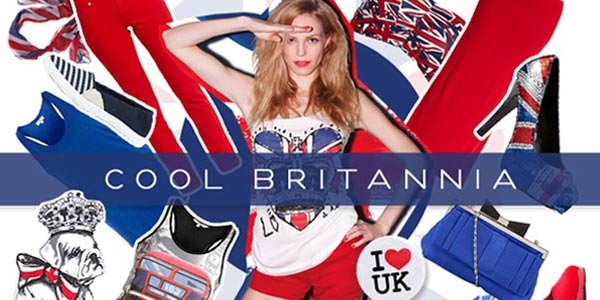 The Brit Awards Ceremony, 24th February 1997, London. The Spice Girls enter the stage. Fireworks explode and teenage girls scream as they begin to perform Wannabe. Geri Halliwell, aka Ginger Spice, wears a Union Jack dress – far too short, just as she likes it. Cool Britannia – pop culture version of patriotism on the cusp of the new millennium – is at its height. On 1st May the Labours will beat the Tories in the election, for the first time in eighteen years, and Tony Blair, a young and relatively handsome prime minister, will move into his new home at 10 Downing Street.

It was not hard to be cooler than John Major, a Tory prime minister who has still remembered England of haymaking and Queen Victoria. The youth, as always, wanted a revolution. Even Damon Albarn and Noel Gallagher united under a common banner: “The only thing they hate more than each other is the Tories.” The economy has grown interuptedly since 1993 – people seemed to like bankers from the City and immigrants were considered as a useful and refreshing addition to British society. The covers of Vanity Fair and Newsweek announced the return of swing that once rocked London in the 60s. Brits have been looking at the world through Lennon glasses again.

Almost two decades later, Great Britain is isolated from the world by building another piece of Hadrian’s Wall. Coolness has gone with the wind and the economic crisis. Because how cool can prime minister David Cameron be, who smiles awkwardly at the boys from One Direction? Sorry, but the conservatives are not meant to be cool. But it is not only Mr Cameron’s fault. There was something rotten in this particular idea of Cool Britannia at the very beginning. Not only it was a campaign slogan, but it was addressed to a particular electorate – white middle and working-class from the big cities.

But with the thread that is Scottish independence another issue may be considered. Look at those boys from Blur and Oasis – Britpop didn’t reflect the cultural mosaic that is the UK. Blur was formed in Colchester, Oasis in Manchester, Pulp in Sheffield and Suede in London – this is not Britain, this is pure England. It was only the second wave of Britpop that put emphasis on the local accents. But the concepts of Cool Caledonia and Cool Cymru discredit the existence of Cool Britannia as a whole. Englishmen screwed up because the club was too exclusive. So we return to a sad image of Great Britain in 2014 – with growing nationalism, isolationism and Europhobia. The UK, that once used to sell Britishness, now wants to hide it in the crystal ball. And looking in the eyes of Nigel Farage there is no too much to offer. The spectre of Scottish independence is haunting Britain. But what if Scottish nationalists fail in the referendum and Scotland will stay in the union?

Does pop culture have a power to unite people? Well, football (?) certainly does. The Union Jack became a pop cultural icon after England’s home victory in the 1966 World Cup. And then in 1990, when England National Team reached the semi-finals, national euphoria emerged again that helped to reclaim football from the clutches of the hooligans, who have ruled at football stadiums in the 80s. The Euro 96, that England hosted, was the moment when people felt pride to live on their small island. It isn’t an accident that the development of popular culture happened at the same time.

But there is a small problem. There is no British football association (doesn’t have anything to do with pop culture). Team GB only occurs during the Olympics. Before London 2012 the idea to create a British football team came up. But when two Welsh football players, Aaron Ramsey and Gareth Bale, were photographed in the potential kits, there were instructed by the Welsh association to better shut up.

Still, London 2012 was a time of the biggest emergence of the Cool Britannia spirit since the 90s. The games helped to rebuild national self-confidence and were a huge economic boost (more on this perhaps – the Spice Girls returned too). Everybody, even tenacious Scottish nationalists with Mel Gibson poster on the wall, have cheered on Team GB. In February David Cameron wanted to bring back the spirit in his message that he delivered at the Olympic stadium, when he asked Scots to stay in the union. But does anybody need the United Kingdom today, especially Scots? They can handle themselves pretty well with their oil and gas deposits. Their resistance is not dictated by some ethnic differences. Their ‘no’ is a political statement against the hated Tories and London-centric policy. But if they separate the Queen will remain the head of state, they willing to keep the pound and access to the BBC will still be assured (?). But what if they were deprived of their favourite TV shows? How valuable is the independence if you are not able to watch Sherlock and Doctor Who?

It is not ironic. Pop culture is an important unifying factor for the youth. Favourite TV shows, music, films and Facebook likes connect them more than nationality. Especially for those with mixed cultural heritage Britishness seems more attractive and tolerant, because it is filtered by popular culture. The younger and diverse the community is, the more it identifies itself as British. For the contemporary multi-ethnic United Kingdom it seems as a great alternative to nationalism and Europhobia represented by old white men in socks and sandals.

There are two possibilities for the UK: either nothing is going to change and the country will sink into apathy, or it will reinvent itself and create this New Britannia where all components will be equal.

1997 and 2014 – these two dates have something in common. Seventeen years ago the whole generation (don’t make sweeping statements) saluted the outgoing Tories with their middle fingers. Have that in mind on 18th September, the very day of the Scottish Independence Referendum, because that day Scots may do the same with the United Kingdom (isn’t it about pop culture?).