Sharks are good at math 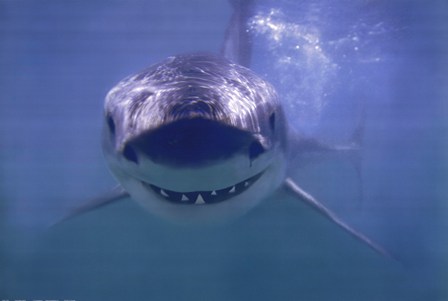 Andy Reynolds is a bioresearcher at Rothamsted Research and has published findings today in Proceedings of the Royal Society A that says sharks are good at math… albeit accidentally. Reynolds ran computer simulations of shark movement alongside turbulence flows and discovered that sharks followed Lévy flights to avoid choppy waters. In other words, the animals were taking their math cues from their environment, not from a hardwired talent for optimization theory. “The sharks are not being clever, they are just being sensible,” Reynolds told me. “Being pushed around can cause harm and is best avoided. The finding runs counter to the widely held view that Lévy flights are an innate, evolved searching strategy.”