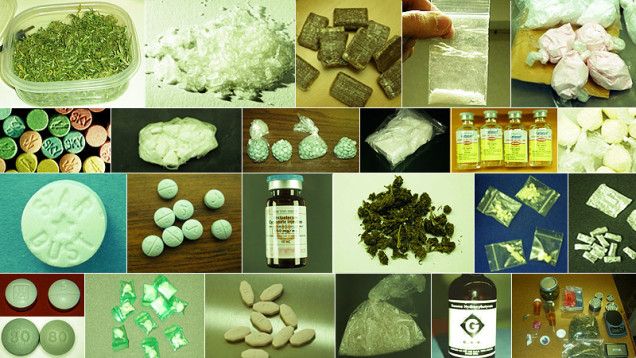 Since it launched early this year, the anonymous black market bazaar Evolution has grown dramatically, nearly tripling its sales listings in just the last five months. It now offers more than 15,000 mostly illegal products ranging from weapons to weed, cocaine, and heroin. That’s thousands more than the Silk Road ever hosted.

Evolution stays online more reliably than its competitors—they all have down time, but Evolution does a better job at staying up. Its pages load faster. And its escrow system is designed to prevent vendors from running off before delivering the promised goods.

Evolution deals go down with bitcoin, and its founders are aware of the risks associated with the cryptocurrency, which is why they require “multi-signature transactions.” That means that you can only move money if the buyer, seller, and a site administrator all sign off on a transaction. Considering how someone hacked into Silk Road 2 and stole all the bitcoins, Evolution’s increased security is a huge draw. (Now might be a good time to remind you that even though an online black market is relatively secure, it’s still objectively hella illegal and you should not go and order stuff on it.)

Logging on to Evolution through the Tor network, it looks strikingly benign for a burgeoning black market, with a muted web design and sober announcements about escrow.

The buyer’s guide looks like it’d fit in on Amazon:

Evolution’s goal is to combine the old and the new; using what made our predecessors great, infused with modern functionality and clean looks. It was designed and developed with simplicity in mind, and yet be as secure as possible.

But this isn’t Amazon. If you’re browsing Evolution, you can buy an ebook… but you can also buy an AK47, PCP, and a stolen credit card.