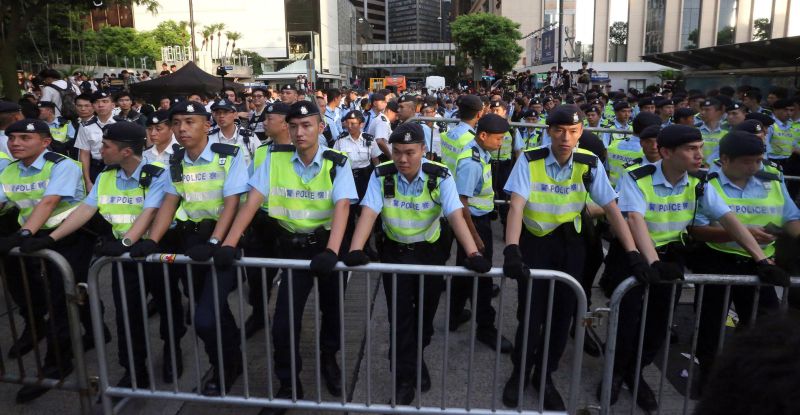 A fraudulent smartphone app claiming to coordinate the Occupy Central pro-democracy movement has circulated online. The spyware is disguised as an application for Android smartphones or tablets, Code4HK, a group of coders trying to improve government transparency in Hong Kong, said.

Activists first received a link to the application in messages from a phone number unknown to them on Tuesday.

“Check out this Android app designed by Code4HK for the coordination of Occupy Central!” the message read.

Siu Cheong Leung, a senior consultant with the Hong Kong Computer Emergency Response Team Coordination Centre, said suspicious behaviour by the application included recording audio and obtaining the location of the device. “It’s a malware with spy behaviour,” he said.

“On the face it is not suspicious,” he added. “However once it is installed, it will unpack data from itself to install a second mobile app,” which then connects to a server based in South Korea.

Code4HK suggested the application was generic spyware. “I agree it looks quite off the shelf, not specialised for us,” said Vincent Lau Chun-yin, a member of the group.

The group of coders was not able to immediately identify the origin of the spyware. The server hosting the application has a log-in in simplified Chinese predominantly used on the mainland.