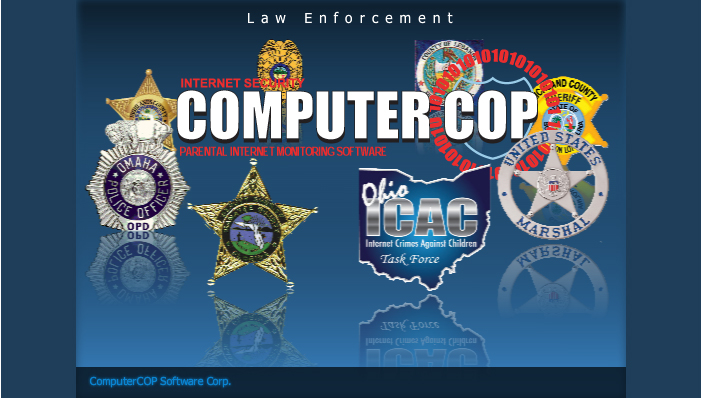 For years, local law enforcement agencies around the country have told parents that installing ComputerCOP software is the “first step” in protecting their children online.

Police chiefs, sheriffs, and district attorneys have handed out hundreds of thousands of copies of the disc to families for free at schools, libraries, and community events, usually as a part of an “Internet Safety” outreach initiative. The packaging typically features the agency’s official seal and the chief’s portrait, with a signed message warning of the “dark and dangerous off-ramps” of the Internet.

As official as it looks, ComputerCOP is actually just spyware, generally bought in bulk from a New York company that appears to do nothing but market this software to local government agencies.

The way ComputerCOP works is neither safe nor secure. It isn’t particularly effective either, except for generating positive PR for the law enforcement agencies distributing it. As security software goes, we observed a product with a keystroke-capturing function, also called a “keylogger,” that could place a family’s personal information at extreme risk by transmitting what a user types over the Internet to third-party servers without encryption. That means many versions of ComputerCOP leave children (and their parents, guests, friends, and anyone using the affected computer) exposed to the same predators, identity thieves, and bullies that police claim the software protects against.