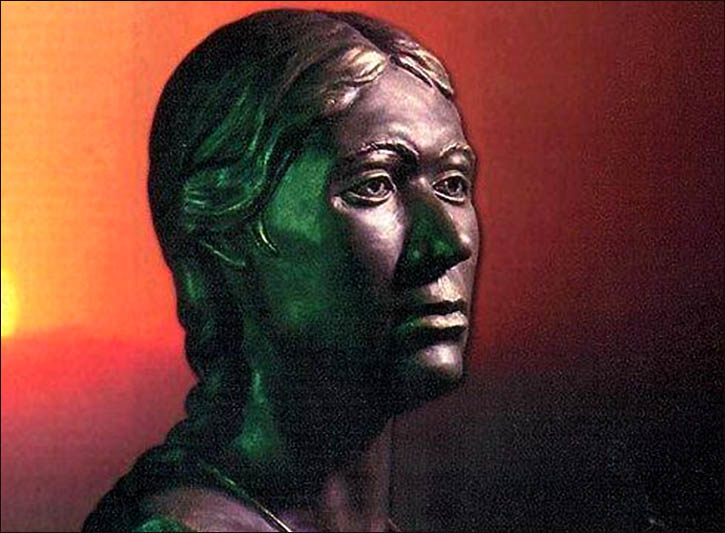 Studies of the mummified Ukok ‘princess’ – named after the permafrost plateau in the Altai Mountains where her remains were found – have already brought extraordinary advances in our understanding of the rich and ingenious Pazyryk culture.

The tattoos on her skin are works of great skill and artistry, while her fashion and beauty secrets – from items found in her burial chamber which even included a ‘cosmetics bag’ – allow her impressive looks to be recreated more than two millennia after her death. Now Siberian scientists have discerned more about the likely circumstances of her demise, but also of her life, use of cannabis, and why she was regarded as a woman of singular importance to her mountain people.

Her use of drugs to cope with the symptoms of her illnesses evidently gave her ‘an altered state of mind’, leading her kinsmen to the belief that she could communicate with the spirits, the experts believe. The MRI, conducted in Novosibirsk by eminent academics Andrey Letyagin and Andrey Savelov, showed that the ‘princess’ suffered from osteomyelitis, an infection of the bone or bone marrow, from childhood or adolescence.

Close to the end of her life, she was afflicted, too, by injuries consistent with a fall from a horse: but the experts also discovered something far more significant.

‘When she was a little over 20 years old, she became ill with another serious disease – breast cancer. It painfully destroyed her’ over perhaps five years, said a summary of the medical findings in ‘Science First Hand’ journal by archeologist Professor Natalia Polosmak, who first found these remarkable human remains in 1993.