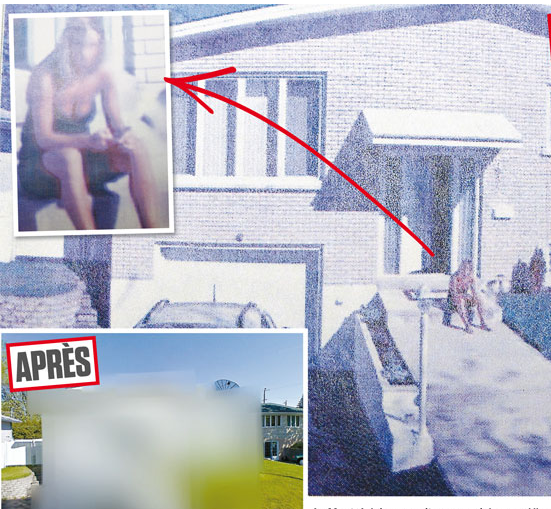 Google has been ordered to pay a Canadian woman $2,250 (£1,250) for an image on Street View that exposed her cleavage.

The image showed the woman, Maria Pia Grillo, sitting on a step outside her house, leaning forward with her elbows resting on her knees. In the picture she was wearing a low-cut top that left “part of her breast” exposed.

Although her face was blurred out, she was still identifiable – particularly as her car was parked in the driveway without the licence plate number blurred out.

Grillo filed a lawsuit in 2011 asking Google to blur out more of the image, including most of her body and her licence plate.

She also demanded to be paid $45,000 (£25,000) for the depression she had suffered, after her coworkers at “a well-known bank” discovered the image and derided her for it.

Google agreed to blur out the photo when the lawsuit was filed, but refused to pay Grillo compensation on the grounds that she was in a public place when the photo was taken.

The company also said that it was not responsible for any emotional damage Grillo may have suffered.

However, a Quebecois court in Montreal has now ruled that, despite being in public, Grillo’s privacy had been disrespected and that her “modesty and dignity” had been violated.

“In addition to malicious comments and humiliation she suffered at work, the plaintiff, in particular, has experienced a significant loss of personal modesty and dignity, two values that she held and are eminently respectable,” the judge wrote in his ruling.

Google has been ordered to pay Grillo a greatly-reduced sum of $2,250. The company has not commented on the case.