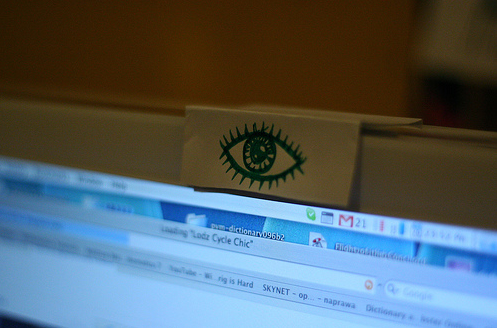 A Russian website is collecting live footage of people going about their everyday business and posting it online. According to the BBC, this website has more than 500 feeds from the UK, 4,591 feeds from the US, 2,059 from France and 1,576 in the Netherlands — plus footage from over 250 other countries.

The below screengrab shows a bedroom, living rooms, a hallway and a driveway in the UK. According to the Daily Record, a 21-year-old Scottish student noticed her webcam turn on while she was trying to watch a movie in the bath. She told them,

“It is terrifying to think people were looking at me without my knowledge. I wondered how often they had done it. The thought someone had access to me in this private moment is horrifying … It was horribly violating.”

Change the default passwords on your webcams when you get them!