Aptly called the ‘Spider Dress’, this piece of wearable tech features animatronic mechanical limbs that respond to external stimuli while defend the personal space of the wearer. The dress provides an extension of the wearers intuition: It uses proximity sensors as well as a respiration sensor to both define and protecting the personal space of the wearer. Approach the wearer to aggressively and the mechanical limbs move up to an attack position. Approach the system under calmer circumstance and the dress just might beckon you to come closer with smooth, suggestive gestures.

3-D printed sensor based animatronic/mechatronic dress enabled by the Intel Edison acts as the interface between the body and the external world using technology and the garment as a medium of interaction. Testing-phase. The design will be showcased during CES alongside the Synapse dress for Intel, January 6-9th in Las Vegas. 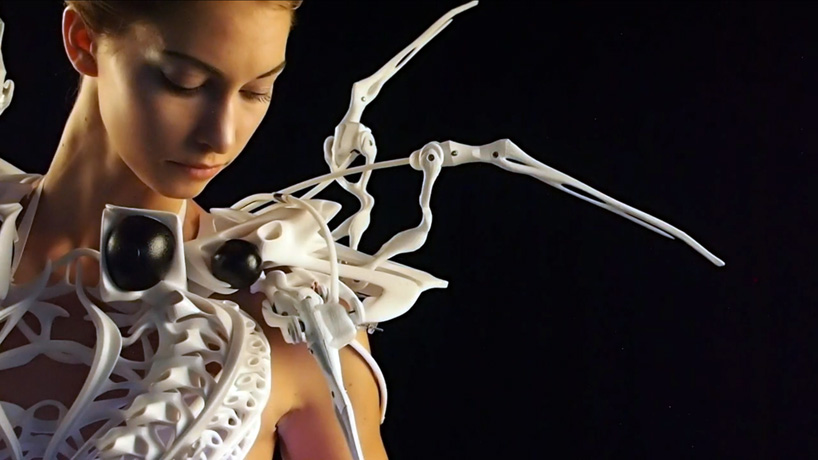 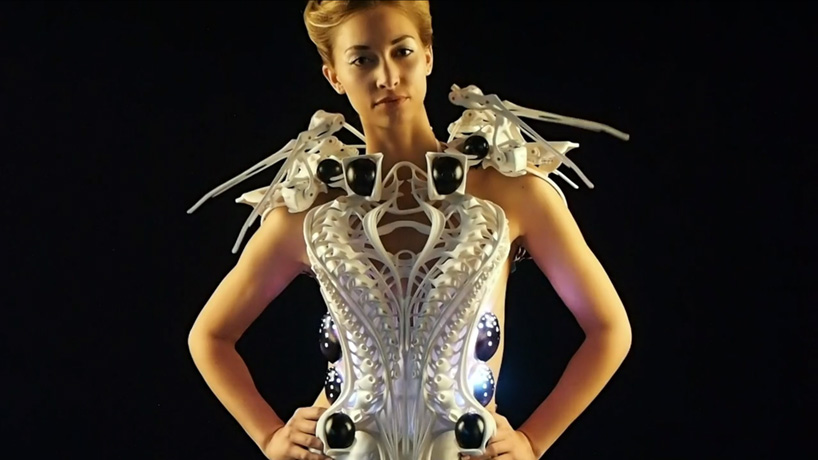 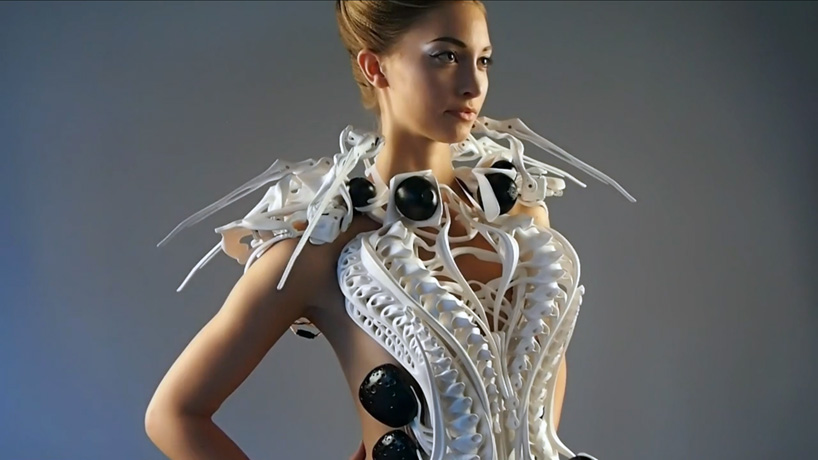