Telescopic contact lenses let you zoom in on demand 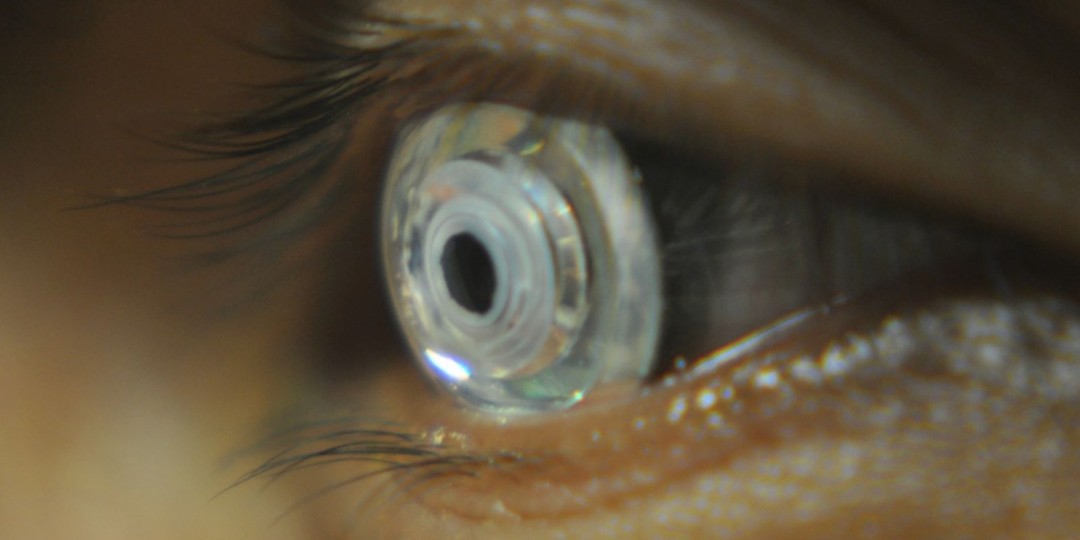 Wink once to zoom. Telescopic contact lenses that let the wearer switch between normal and magnified vision are coming into focus.

The latest prototype – unveiled today at the AAAS Annual Meeting in San Jose, California – could one day help people with visual impairment. The lenses might be particularly useful for people with macular degeneration, a debilitating condition in which people gradually lose their central vision. It is the leading cause of visual impairment in the UK and affects millions worldwide.

Developed by a team led by Eric Tremblay at the Swiss Federal Institute of Technology in Lausanne, the rigid contact lens covers the sclera, or whites of the eyes, making it larger than an ordinary lens. Within it are tiny aluminium mirrors, arranged in a ring around the centre. When light streams through, the mirrors bounce it around several times, causing objects to appear 2.8 times larger than they really are.

To toggle between the magnified and normal views, the lenses must be worn with a pair of electronic glasses. A wink with one eye makes the glasses switch to a polarised filter that directs light to the telescopic part of the lenses. Winking with the other eye switches the setting back to let light pass through normally.
[Source: New Scientist]