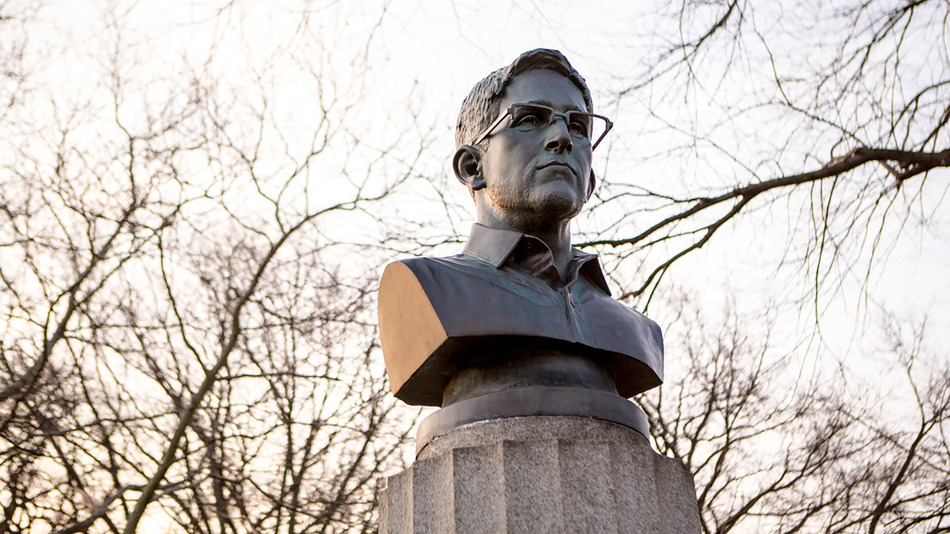 Dressed in reflective yellow construction gear while working under the cover of darkness early Monday, a small group of artists installed a tribute to NSA-leaker Edward Snowden in a Brooklyn park. But it was gone by midday.

The Snowden bust stood atop a column at the Prison Ship Martyrs Monument in Fort Greene Park, a site built to honor more than 11,000 American prisoners of war who died aboard British ships during the American Revolutionary War.