Planning a trip to a European festival? Flybe will get you there. 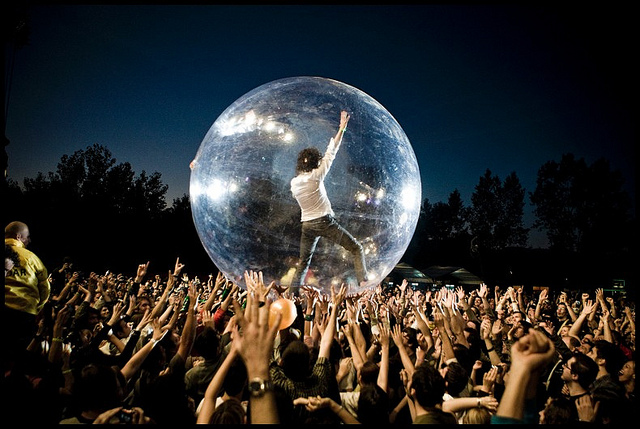 Getting to festivals outside of your city has never been easier, or more affordable. This spring / summer, pack up your travel tote, grab your sunnies, some sunscreen and some friends and book your tickets to one (or all) these festivals.

The best place to book flights is on Flybe, which flies to over 20 Destinations across Europe. They’ve got spring / summer deals on now.

Iceland has an abundance of events each year. With a population of only 320 thousand people the country has a thriving art scene and cultural heritage. Iceland produces a vast amount of artists, some of them known internationally such as Björk, Múm, Sigur Rós and recently Of Monsters and Men.

Reykjavík’s Art Festival takes place every year in May. In 2015 it will be held between the 13th of May until the 7th of June. A variety of national and international dance, theatre, design and art will be displayed across the city.

This is one of the oldest and most respected Art’s festivals in Europe, being held since 1970. The line-up for 2015 is being worked on, you can check it out here. If art and culture in Iceland doesn’t tick your boxes, what about busting a groove in the city dominated by cyclists and good times? Dance music is a big deal in Amsterdam, and the dance festival season stretches from the beginning of summer through to the end of autumn.

With world-famous DJs and magical settings, Amsterdam’s dance music festivals are sure to have your beat (terrible pun intended)! Of particualr note is the 3-day electronic music festival Dekmantel.

With years of experience organising indoor club events, the folks behind Dekmantel head to the Amsterdamse Bos for the Dekmantel Festival.

With lush forest, grassy meadows and plenty of areas to chill out between sets, the Amsterdamse Bos makes a sweet setting for this event. Headliners at the 2014 edition included world-renowned acts such as Nicolas Jaar, 3 Chairs, Jamie XX, Mount Kimbie and Tale of Us. Buy tickets here.

finally, if both those festivals are too small for you, Croatia has the 10th anniversday or thier massive music festival coming up in June, clocking up a decade of amazing crowds and perfectly weighted lineups at one of indie and rock’s greatest representatives.

The INmusic stages have since been graced by no lesser lights than Sonic Youth, Nick Cave and the Bad Seeds, Arcade Fire, The Black Keys, Pixies… Think Glastonbury… but in Croatia…

INmusic draw crowds of over 65,000 people year after year to the small, intimate Youth Island in the south-west of Zagreb.

The stunning scenery of Lake Jarun has been a big part of the festival’s unique, family-like atmosphere since the very start in 2006. One of Europe’s most loved festivals is reaching double figures, and it’s going to be a special one. Check it out here. Fly to over 20 Destinations across Europe with Flybe