I saw the future and it was wearing double denim. 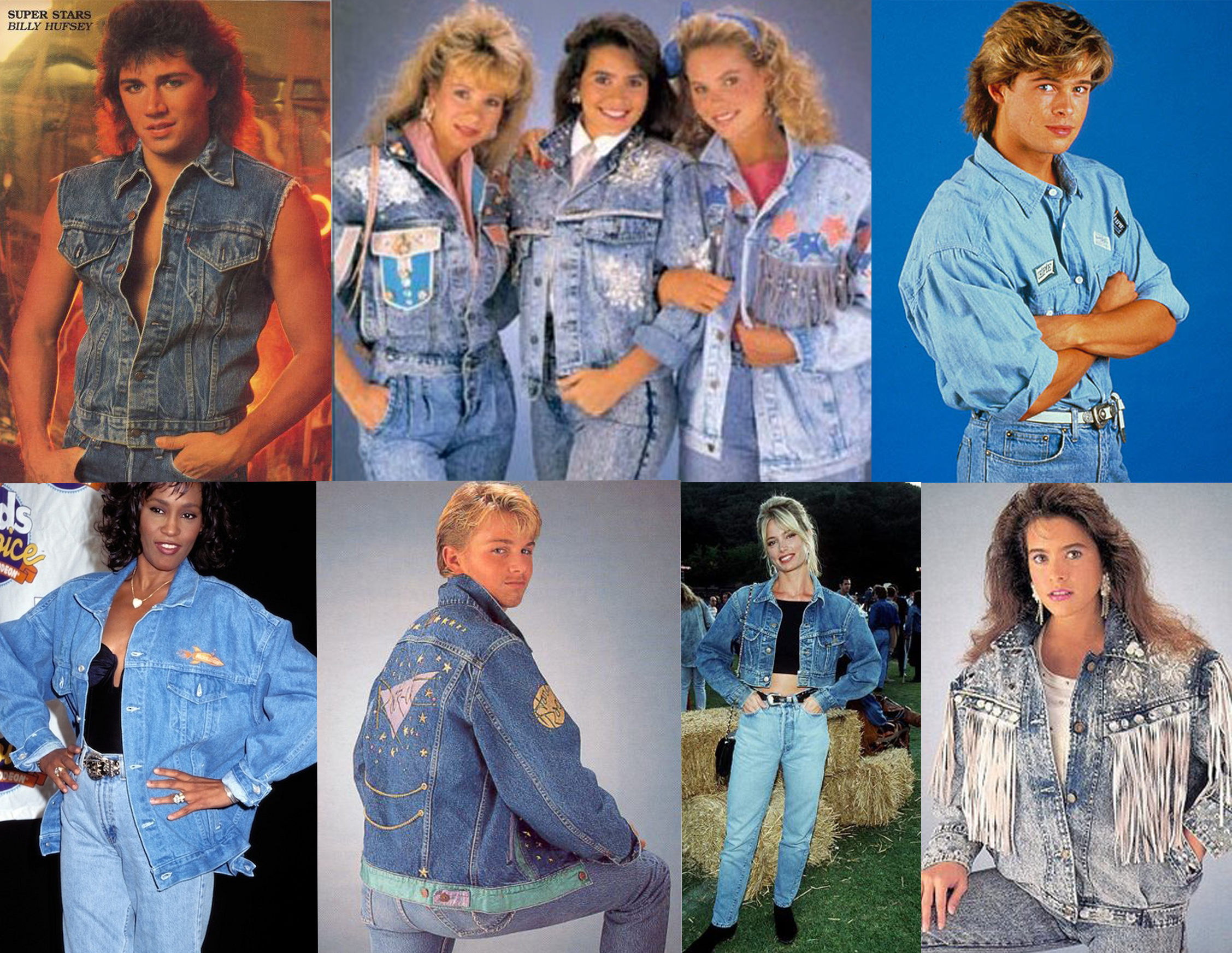 There was a time, not too long ago, that I owned a quite wonderful pair of blue denim skinny jeans. They made me look a little bit like a gazelle and I couldn’t really walk in them properly, or put anything in the pockets without it making me look like I was in a constant state of sexual excitement (I was; I was a teenage boy) but they were pretty imposing and I was genuinely chuffed I could fit into them. I wore these jeans fairly often, potentially limiting my ability to have kids in the future and not really doing my chances of getting close to the creation process that much good either. That didn’t matter though; I had swagger. It was while wearing these jeans that I discovered the second part of the fashion faux pas you’re about to learn about; the denim jacket. It had a collar that I could pop and sleeves that I could roll up in a way that made it look like I’d done a hard day’s work, even though I rarely had (as mentioned; I was a teenage boy). Together with the jeans it formed a partnership that would see me strutting through the high street like I owned it, sitting in coffee shops like I was a 90s rock star just taking a break from being hardcore and scaring off girls because, in my head, they were a little bit intimidated by how good I looked. For a while I felt invincible. People wearing normal clothes made of different, contrasting materials must have felt rather intimidated by someone so stylish, I thought. But then one day I came across someone else who was thinking exactly the same thing and it shattered my illusions. As we approached each other, both of us no doubt feeling slightly less pleased with our fashion choices the closer we got, it dawned on me that the man stood in front of me was wearing a very similar pair of blue denim skinny jeans and a faded denim jacket that look remarkably like the one I was adorning myself. We stopped momentarily and looked one another up and down, me taking in what I thought to be an old, slightly overweight man trying to reclaim his youth and him, I imagined, looking at me as some floppy haired youth who was a little bit confused about what style was. We may both have been right. While I never wore that combination of clothes again, it wasn’t the last time such a situation occurred. You see, while those of who still think we can pass for 18 might be the desired target market for all the clothes our parents will look at with confusion and shame, there will be people older than us who want to feel the same sense of identity that we do and who, when you think about it, were the first generation to wear that style anyway. Those biker type leather jackets you can buy from Topman aren’t a new idea. Watch any 60s cop show and you’ll almost certainly see the criminal running away in something very similar, no doubt heading home to listen to some dangerous music and smoke something he shouldn’t be doing. Head out into Shoreditch and see the hats people are wearing ironically to try and make a statement, but take with you a picture of some classic American gangsters to ruin their dreams of being original. Watch the hope in their eyes die as you do it.

We might think we’re being daring and bold as we walk around in Chelsea boots, skin tight pants and oversized jumpers, but we’re just mirroring what people have already done before us. The next time you see someone wearing awfully similar clothes to you despite them being several decades your older, don’t feel embarrassed or like running home and changing. Just accept that they were there first and that fashion hasn’t really altered a great deal since then, it’s just gone round in a great big circle and left a few people on the wrong part of the curve along the way.

Double denim? I’m not sure that was ever on trend, but we live and learn don’t we?