Photos of TV screens the second they’re switched off 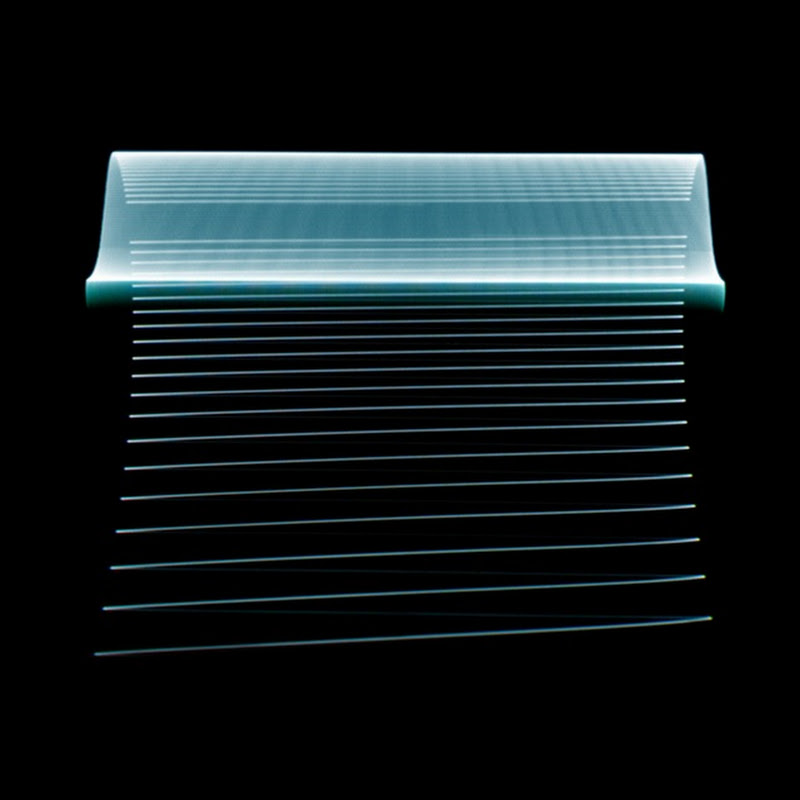 Unlike in movie theatres where the whole image is projected on a screen at once, a video image produced on television is composed of rapidly scanning lines across a screen starting at the top of the screen and moving to bottom. When the television is switched off, the scanning lines decays and for a fraction of a second, a bunch of gradually thinning scan lines appear on the screen. Stephan Tillmans has captured these lines. The shutter button is pressed while the power switch on the television. The camera captures the image in the moment when it breaks down. The television picture is no longer visible – instead, a structure of light, which in a fraction of a second, disappears in the picture tube and collapses. The TV image is abstracted in this process and reduced to its essential element: the light or an order which is generated from the light beam of the tube.