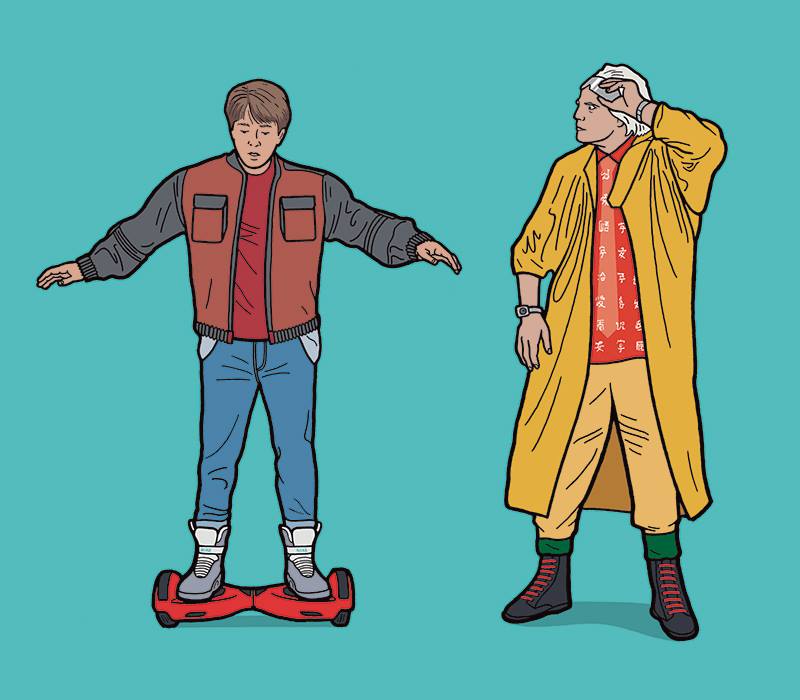 Tom Ward has taken classic film and TV characters and given them a modern twist in a series of brilliantly designed illustrations. In his latest project, 80s Reloaded, Ward, a London-based designer and illustrator, decided to put these characters into strange situations that they might find themselves today. His project brings these characters to life once again with a clever twist that any child of the 80s would find humorous.

“I thought it would make the series more interesting to be relevant in today’s world, to see the characters in situations we’ve not seen them before and can relate to,” says Ward. “I wrote down a long list of classic 80s films and TV characters and started to think of ways I could give them a modern twist. After I had the concept for each, I drew them out in pencil before inking them and then colouring them on the computer.”